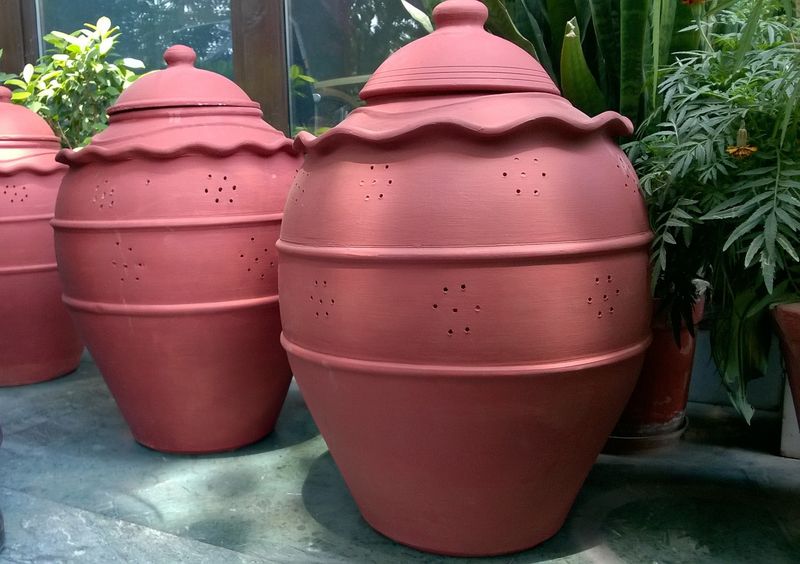 Three composters have been installed on the premises of the ICRC New Delhi delegation as part of its green initiative launched ahead of Earth Day. ©ICRC, Tanvi

The New Delhi delegation of the International Committee of the Red Cross has been actively participating in green causes over the past few years. The organization’s efforts for waste-paper recycling have been rewarded earlier and it continues to move forward on this green path.

As part of the sustainable development initiatives taken by the ICRC New Delhi delegation, a pilot project for composting was launched on April 14 – ahead of Earth Day. The ICRC invited a representative from Daily Dump, a Bangalore-based group that provides the required know-how to set up the composting unit on its premises.

A training session was also conducted for interested staff, particularly from the housekeeping department, as the composting initiative would depend on volunteers. Composting is known to reduce emissions of methane — which is produced during treatment of waste — and therefore helps in prevention of global warming. During this process, organic waste is converted to compost, which being rich in nutrients, is good for the earth as it replenishes top soil without any other effects.

With the set-up in place now, the ICRC office in New Delhi aims to recycle its kitchen as well as garden waste through an environment-friendly process.

On the occasion of Earth Day, we share with you snapshots from the launch of this initiative: 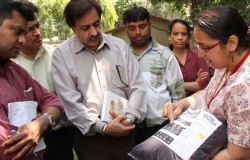 The representative of Daily Dump explains to the ICRC staff the composting set-up and its benefits. ©ICRC, Ashish Bhatia 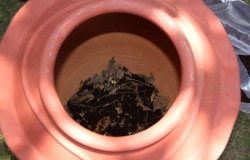 The organic waste is collected in big composters and is mixed with dry leaves or sawdust. ©ICRC, Ashish Bhatia 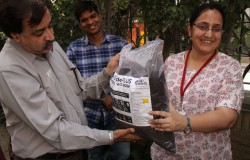 Volunteers from within the ICRC New Delhi delegation will manage the composters. ©ICRC, Ashish Bhatia 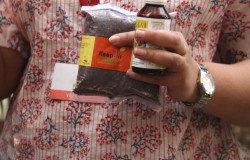 Neem leaves are excellent for this process. ©ICRC, Ashish Bhatia 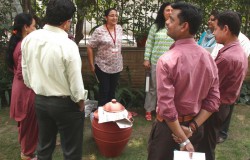 The compost which gets generated will be used to replenish the top soil of the garden. ©ICRC, Ashish Bhatia 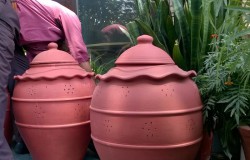 Three composters kept outdoor will recycle the organic waste that gets collected on a daily basis. ©ICRC, Tanvi