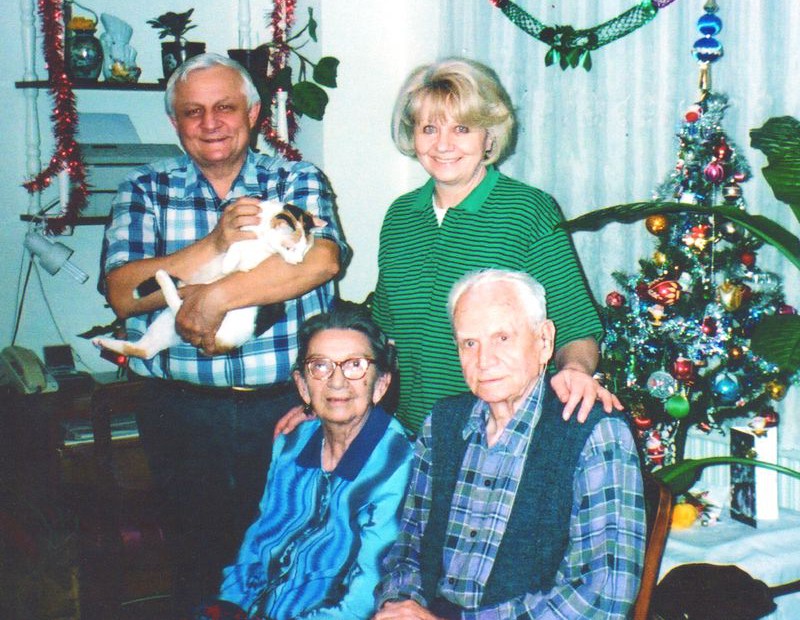 Vesna's parents on the occasion of Christmas with her grandfather Jozo and neighbour Mileva at their home in Tuzla, Bosnia, during the war in 1995. Vesna's ailing grandmother had passed away three months before Christmas.

Marking the end of our series around International Women’s Day, this piece contributed by Vesna Peričević Jacob recalls the difficult times her family went through during the war in Bosnia between 1992 and 1995. Vesna is an author, pilates & wellness expert, physiotherapist, and motivational speaker.

I was a teenager when conflict broke out in Bosnia twenty years ago. I remember all of it, as it happened, very clearly. The war had snuck up on us and even though we had enough indications staring us in the face that it was going to happen, it still took us by surprise. 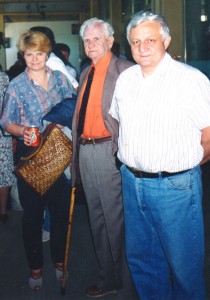 Vesna’s mother Jelena and father Slavko with her grandfather (centre).

One always relates to the war as a fight between ‘Us’ and ‘Them’. There is an enemy – a foreign entity, something alien and strange – and there is ‘Us’. But in the Bosnian war, it was only ‘Us’ and for a very long time we had a problem identifying who the other side was. It became increasingly difficult for people like me – my mother, Jelena, was a Serb and father, Slavko, was Croat. Simple divisions based on religion/ethnicity were not so simple and as far as I was concerned, I was nothing but Bosnian. My family was very democratic – where everything was subject to vote and I was given the right to voice my opinion really early on. While I was often vetoed by either of my parents, in theory at least I had a voice.

On that particular day – just 24 hours before the war started in my town and changed everything – I was actually being listened to. My mother had buried her mother barely three months before, and was suggesting that my brother and I pack bags and immediately leave the city. It looked like something bad was going to happen, and she and my father couldn’t bear the thought of something happening to us. They were both waiting for me to decide. My brother was way too young to even comprehend what was going on. He could sense that something was happening and was quietly glancing from one face to another trying to make sense of it all.

But I didn’t want to go anywhere, I wanted to stay with my parents and I wasn’t going to budge. My mom tried her best to bribe me, to blackmail me. She got angry, pleaded with me to get me to change my mind. She wanted me to take the bags she had already packed and go far away to the safe haven – which was my aunt’s place. But we stayed back.

A day later, the world had changed. And before we knew it, my father was at the war front to defend us, our way of life and the right to live. The first few months went by really fast. The fear we felt after each shell attack and bombing started to wear off. With time, running down to the basement became redundant and the panic that followed the attacks also waned. By then we had become experts in recognizing the size and reach of the mortar shells fired at us from the hills. 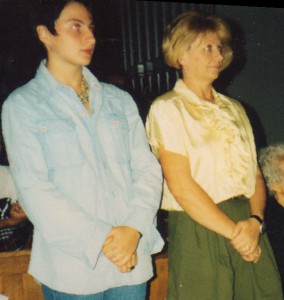 Vesna with her mother.

Money started to run out, and food was becoming scarce. The ration we were receiving in the beginning started to thin out as the siege became more tight. The little food we had was carefully distributed by my mother while she stayed hungry. Electricity would come for a few hours during which my mom would try to finish all possible house chores like cooking, washing, and ironing. We had to carry water to the 13th floor apartment, along with wood for heating and cooking.

There were days, and once in fact it lasted a good few months, when my father went missing and we had no idea if he was alive, wounded or taken a prisoner somewhere. Mother didn’t have any contact with her own family, who happened to be on the other side of this conflict, and for all we knew they could have been dead or even worse – on the hills surrounding us.

Occasionally, my mother would face snide comments from neighbours who were themselves desperate and in pain. They would say ‘why is she still here when this is not where she belongs!’ On top of all of this she had two children who wanted to live their lives on their terms regardless of the circumstances. So I would be going out for walks with my friends, playing basketball and volunteering at the local hospital – sometimes staying there for days.

My little brother was growing up and going to the school which was set up in the basement of one of the nearby buildings. He would walk back and forth not knowing when the next shelling may happen. 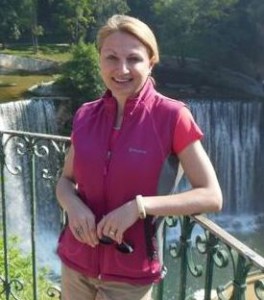 Vesna has been living in Delhi for the past eight years.

My mom held our family together. She is the reason why I still felt a sense of normalcy in that kind of a situation. She put her own needs, fears and pain aside for us. She taught us tolerance and the power of endurance. I never saw her worried, and I know she was worried about us, about what we were going to eat, about something happening to us, worried about our dad, worried about her family, her father. I never saw her cry, perhaps she was crying when we were out or were asleep. I never saw it. She made sure we always looked up to her and that we stayed strong because she was strong.

There are thousands of women all over my country and all over the world who have gone through and survived the conflicts putting everyone else ahead of their own needs. These women are the unsung heroes and the reason so many children have grown up in conflict areas and still felt loved, cherished and protected.

The views and opinions expressed in this article are those of the author and do not reflect the official position of the ICRC.