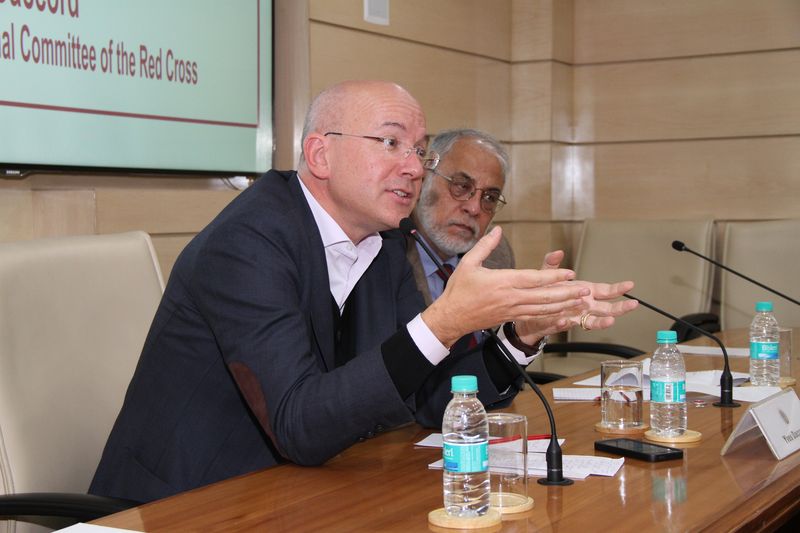 New Delhi—Yves Daccord, the Director General of the ICRC, met with the strategic think-tank community at at one of India’s most prestigious and influential policy institutions, the Observer Research Foundation (ORF) during his visit to the country. 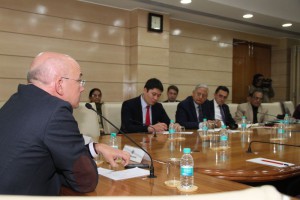 In an interaction that lasted well beyond an hour, he spoke on ‘Humanitarian Action in Conflict: The Age of Drones, Cyber Attacks and Non-State Actors.’ Below are some of the key highlights of the DG’s presentation:

In a lively exchange after his presentation, Mr Manoj Joshi, Chair of the session, agreed with the DG by asserting that removing the human process from the act of acquiring, targeting and engaging objects in warfare could be disastrous.

Most of the audience interaction and queries centered around – the need for India to assume a bigger role in forging consensus on the issue of regulating the use of new technologies of warfare; more information on ICRC operations in areas such as Iraq and Syria; expediting global solution to the Ebola virus; and ICRC’s role in containing the humanitarian effects of the Boko Haram insurgency in Nigeria.

The DG concluded by re-affirming the ICRC’s determination to reach even a greater number of those affected by armed conflicts in 2015, with an increased budget (and proposed increased in human resources too) in order to achieve this goal.