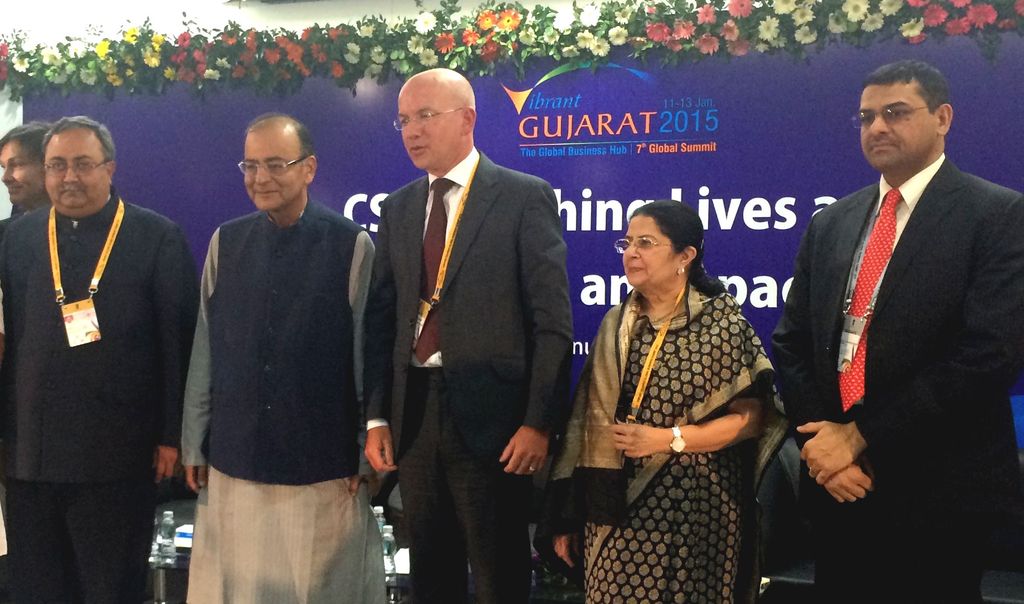 “To meet today’s humanitarian challenges, coordination is not enough. We need to collaborate. Co-create.”

This message from the Director-General of the International Committee of the Red Cross (ICRC) is reverberating from Gandhinagar to Mumbai to New Delhi as he engages with India’s business community during his week-long visit to India. 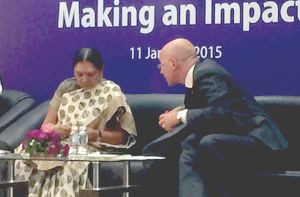 Yves Daccord in conversation with Anandiben Patel, the Chief Minister of Gujarat.

At the Vibrant Gujarat Summit 2015 in Gandhinagar, Gujarat, hosted by India’s Prime Minister, Mr. Yves Daccord addressed India’s top corporate, government, civil society and social entrepreneurs on global issues that require increased participation from India’s private sector. He called for leveraging India’s unique strength of innovating for the masses and developing frugal, high-tech, low cost solutions to address the needs of the most vulnerable across the world.

In Mumbai, India’s commercial capital, Mr. Daccord reached out to India’s CEOs creating social impact with innovation during his one-on-ones.  He met with Mr. Harsh Mariwala, Chairman, Marico Industries, who has also established an innovation foundation that provides scale-up solutions to NGOs working on social problems in India across sectors which is administered by Ms. Priya Kapadia.

The Director General also had a highly inspiring conversation with Mr. Vineet Rai, pioneering capital investment for young entrepreneurs in ‘under-developed’ regions with a commitment to provide sustainable solutions to reduce vulnerabilities of low income populations. 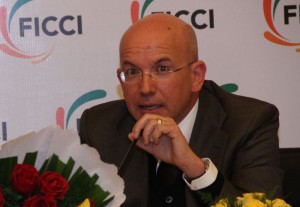 Yves Daccord in an interactive meeting at FICCI, New Delhi

His efforts at stimulating India’s innovative spirit continued on his next stop in New Delhi when he interacted with entrepreneurs, industrialists, NGOs and scientists from Defence Research and Development Organisation (DRDO) of the Ministry of Defence at the Federation of Indian Chambers of Commerce and Industries (FICCI).  The DG presented some of the most challenging humanitarian problems in the world for the innovators and scientific community to think about and provide solutions for.

For the ICRC, there is still no better way to understand and solve humanitarian problems than being right down there with those affected, face to face. However, from the vantage point he occupies as head of the organisation, the Director-General also believes that in changing conflict and emergency dynamics when access to people is difficult and there is a need for services to be made more relevant to their needs, the only way out is innovation…and of course, co-creation.