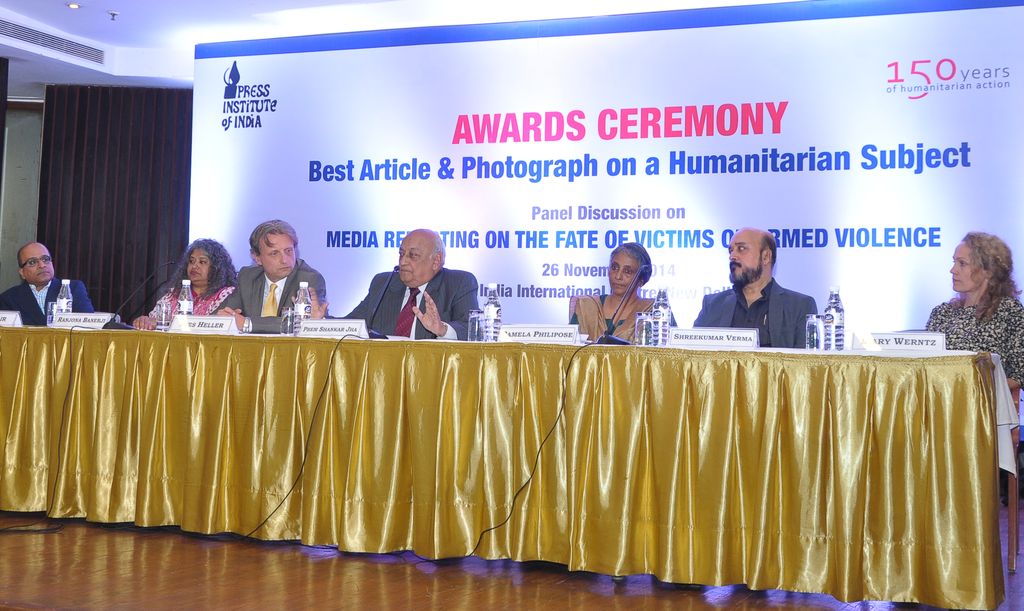 Panelists at the discussion on ‘Reporting on the fate of victims of armed conflict.’ ©ICRC

A panel discussion held during the PII-ICRC media awards ceremony in New Delhi on 26 November drove home the point that journalists face clear and present danger while reporting on issues of humanitarian interest and on situations of armed violence. With humanitarian workers and journalists across the world increasingly coming under attack in the line of work on the frontlines, jury member and panelist Pamela Philipose pointed out that mediapersons often become “collateral damage” in such situations. 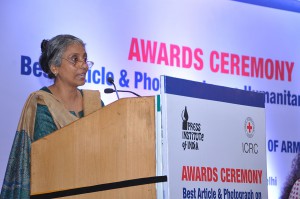 Ms Philipose, a columnist and senior journalist, raised the very real issue of their safety, and said: “Targeting journalists has become a policy of many organizations and it is a trend that’s only growing. If we don’t find ways to secure the safety of journalists, these voices that bring untold stories to light will be silenced forever.”

Lakshmi Subramanian, the second prize winner for Best Article, reiterated Ms Philopose’s point of concern. “When I went to Sri Lanka on the trail of my story (‘Peace and its price’ published in The Week), I faced many challenges. But it only made my resolve to tell the story that much stronger,” said Ms Subramanian.

The PII-ICRC Awards for the Best Article and Best Photograph on a humanitarian subject, held at the India International Centre in New Delhi on Wednesday, provided the perfect backdrop for participants and audience to engage in a stimulating discussion on ‘Reporting on the fate of victims of armed conflict’, also the theme of this year’s competition.

The discussion saw veteran journalists and writers of repute present their views and concerns about humanitarian journalism while young journalists, authors, academics, media students, members of the PII and the International Red Cross Red Crescent Movement actively participated in the parley.

The session was moderated by journalist and author Prem Shankar Jha, who was the guest of honour on the occasion. The panelists, comprising the jury members, were columnists and senior journalists Pamela Philipose, Shreekumar Varma and Ranjona Banerji. 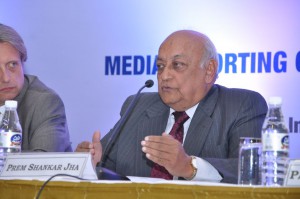 Mr Jha, while introducing the panel members, iterated that the issue (of humanitarian reporting) is important beyond words. “We are living in an age of war — of senseless war. There is not one war being fought in which you can discern a single principle (rules of war) being followed. It is essential to have sensitive, intelligent reporting on issues of humanitarian interest,” he said.

Ms Banerji, a senior journalist writing on media affairs, politics and social trends, rued the lack of substantive humanitarian reporting. “I am ashamed at how often we have ignored humanitarian issues while remaining caught up in the daily news cycle,” said Ms Banerji.

Author and former journalist Shreekumar Varma, one of the jury members and panelists, reminded us that it is not for worst human condition being portrayed by these journalists but for the best coverage that these awards are given. “Humanitarian stories often get lost and buried under other news and such reporting requires a lot of sensitivity,” he said.

The discussion was followed by a question-and-answer session in which members of the audience asked what the ICRC and the media are doing about protection of journalists trapped in dangerous situations. Ms Mary Werntz, the head of the ICRC delegation for India, Bhutan and the Maldives, replied that the ICRC spends a lot of time trying to inform parties to conflict about the rules of war that protect journalists and humanitarian workers. “We also organize media trainings and inform journalists what their role should or could be and the potential risks they pose for themselves and their colleagues when they step out of the traditional ways of reporting,” she said.

Yves Heller, ICRC delegate from Geneva who was visiting India last week, said, “Journalists should understand, from a legal perspective, that when they go to conflict areas to report, they could face potential risks or life threats.”

Mr Jha told the journalists present at the discussion that protecting oneself is the best thing to do. “The journalist fraternity has to turn around and tell their employers that they will not knowingly put themselves in situations of potential threat to their lives,” he said.