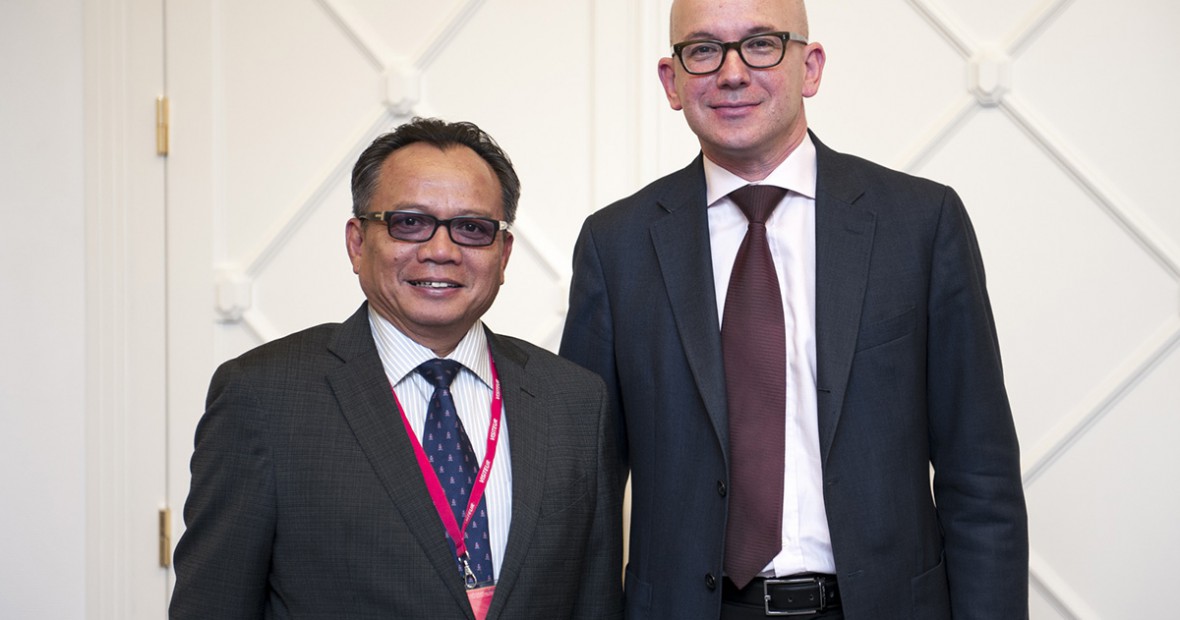 The ICRC and AALCO have a cooperation agreement (2003) which provides for institutional collaboration on dissemination and promotion of international humanitarian law (IHL). AALCO, with 47 member states, is an intergovernmental organization whose main purpose is to engage member states on developments in and implementation of public international law in these states. 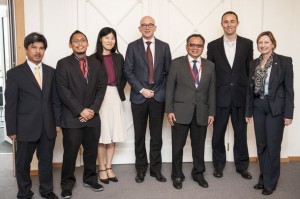 “Topics such as cyber warfare, development of the Law of the Sea and displacement of the population are among matters of common interest between the ICRC and AALCO,” said Yves Daccord. “This visit to Geneva brings us another step forward in our understanding of the different views on these issues from both Asia and Africa, and helps strengthen our existing cooperation.”

In April 2014, AALCO Deputy Secretary General Fen Qinghu delivered a keynote address at the Fifth South Asian Conference on IHL, which was held in Nepal. In May 2014, the AALCO headquarters in New Delhi hosted a workshop on IHL, which was organized jointly with the ICRC regional delegation for India, Bhutan and the Maldives. More than 100 participants — including diplomats and foreign services officers from AALCO member states and other countries, along with well-known academics and researchers — attended the event.

In June, the ICRC and AALCO jointly announced a ‘Call for Papers’ which would be published in a forthcoming issue of the AALCO Journal of International Law on the topic of cyber warfare and IHL.