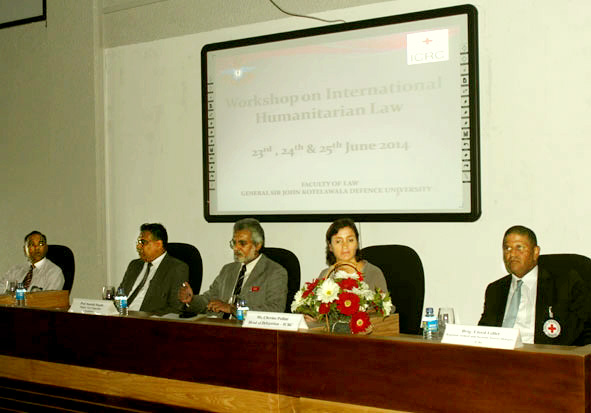 The subjects covered in the seminar were detention operations, direct participation in hostilities, IHL and Contemporary Challenges to Armed Conflict and more. The dissemination was done through lectures, audio-visual presentations and case studies

The International Committee of the Red Cross (ICRC) Delegation in Colombo, supported by the ICRC Regional Delegation in New Delhi, and the Faculty of Law, General Sir John Kotelawala Defence University (KDU), Sri Lanka, jointly organized a three-day Advanced Workshop on International Humanitarian Law (IHL) from 23-25 June in Colombo. This was the third such workshop held in consecutive years. 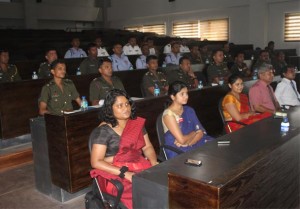 There were 28 officers from the Sri Lankan Army, Navy and Air Force who participated in the workshop

Ms. Chérine Pollini, Head of the ICRC Delegation in Sri Lanka, in her address noted that having IHL instructors from the Army, Navy and the Air Force assemble for three days to discuss the subject was a big achievement. She appreciated the efforts of the KDU Faculty of Law staff in organizing the event and said that the ICRC wishes to continue this collaboration in future. Brigadier General (Retd) Lloyd Gillett, Regional Armed and Security Forces Delegate of ICRC New Delhi, and Mr Channa Jayawardena, Communication Officer at ICRC Colombo, were facilitators for the seminar.

In his speech at the opening ceremony, Prof. Mendis emphasised on the importance of training armed forces personnel in IHL. “It is an important step for our university to form such an affiliation with the ICRC, a renowned organisation working with the Sri Lankan Red Cross Society and other national partners to help those still suffering the consequences of the past conflict. The ICRC is well-equipped with international expertise and is untiringly providing aid to the victims of the recent armed conflict.” 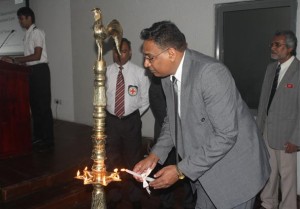 This was the third consecutive Advanced IHL workshop in Sri Lanka

Some of the subjects covered in the seminar were: detention operations, the conduct of hostilities, protected persons, direct participation in hostilities and the military in law enforcement operations. Others included: Introduction to International Human Rights Law and International Humanitarian Law; Escalation of Violence; Means and Methods of War; Peace Support Operations; IHL and Contemporary Challenges to Armed Conflict; and the ICRC and its activities in Sri Lanka. The dissemination was done through lectures, audio-visual presentations and case studies.

The participants found the workshop enriching. Lieutenant Colonel DWA Jayakody, who attended the event, said that the knowledge of IHL needs to be refreshed at regular intervals. “I, as an Officer Instructor on IHL trained by the ICRC at the International Institute of Humanitarian Law, San Remo, feel this seminar added value to all officers who participated in it. We are in a post-conflict situation and are a peaceful country now. But I still feel that educating armed forces’ officers and soldiers on IHL is essential. This seminar has enhanced my ability to disseminate what I have learnt on IHL,” he said. 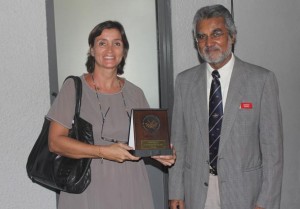