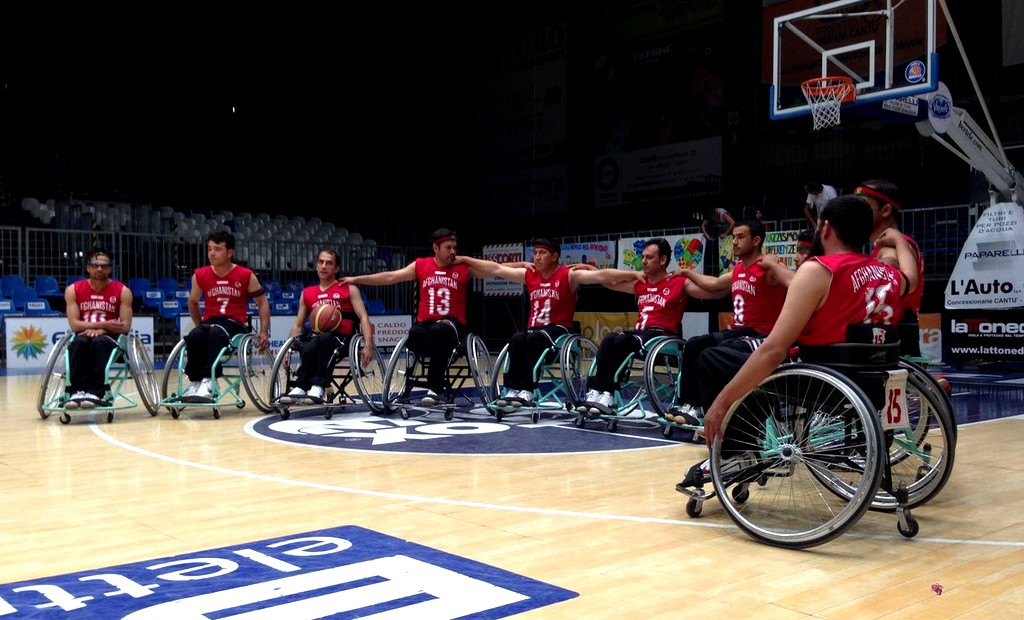 The Afghanistan Wheelchair Basketball team in high spirits before the game kickstarts. ©ICRC 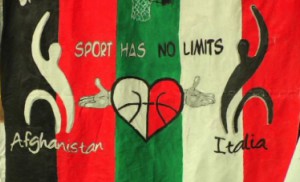 Each day they spent in Italy was exhilarating — a celebration of their victory over the odds life has dealt them. It was a trip of many firsts for the young men. On landing in Italy, the team was met by a pack of journalists and photographers from local and international media. They drove in a coach to a tiny beach community on the Adriatic Coast near Bologna, where their first competition was to take place, dancing to the radio and singing at the top of their voices. The players couldn’t believe they were in a place so green and beautiful. They swam in the sea for the first time. And they won two matches out of the eight they played. They played against the Italian Under-22 National Team, and a select team made up of players from Italy’s top professional division.

“The games were, not surprisingly, extremely tough,” says Jess Markt, the team’s trainer. “However, on the second day, our team started to hit its stride, realizing that with unselfish, team-oriented play, good defence and no fear, we could play with these guys.”

The Italians won the final match in a tough battle, but the performance of both teams was amazing. “I’m very happy that I have come here, to represent Afghan people and disabled (people)”, said Ahmad Fahim, one of the players. “If they (disabled) try, they can do everything. Nothing is impossible for them.”

Alberto Cairo, who heads the Physical Rehabilitation Programme (PRP) in Afghanistan, is proud of the team’s achievement: “They came like ambassadors of their country,” he said. “To show that Afghanistan is not only war and fighting and suicide attacks, but that it is something more than that… normal people, athletes who want to compete.” 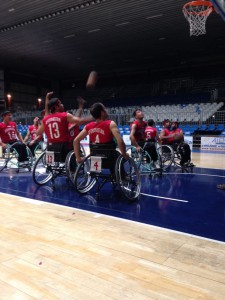 The ICRC runs seven prosthetic/orthotic centres in Afghanistan which provide rehabilitation services for amputees and other people with disabilities. The centres help disabled people regain their place in society by providing them with vocational training, micro-credit loans and home education for children.

The ICRC’s PRP in India too contributes to social reintegration of people with disabilities into society. The ICRC has been supporting physical rehabilitation services in Jammu and Sinagar since 2004. In 2011, we contributed to the renovation, donation of equipment and the establishment of the Physical Rehabilitation Reference Centre in Raipur, Chhattisgarh, and the Voluntary Medicare Society in Srinagar, Jammu & Kashmir.

The PRP in India is now being shaped to enhance accessibility of people with disabilities to affordable, quality treatment, prosthetics and services and to implement projects as per the priority of the Department of Disability Affairs, Ministry of Social Justice and Empowerment, Government of India.

For Jess’s wrap-up of the Italy tournament, read his blog.

To watch a BBC News feature on the Afghan team, click here.