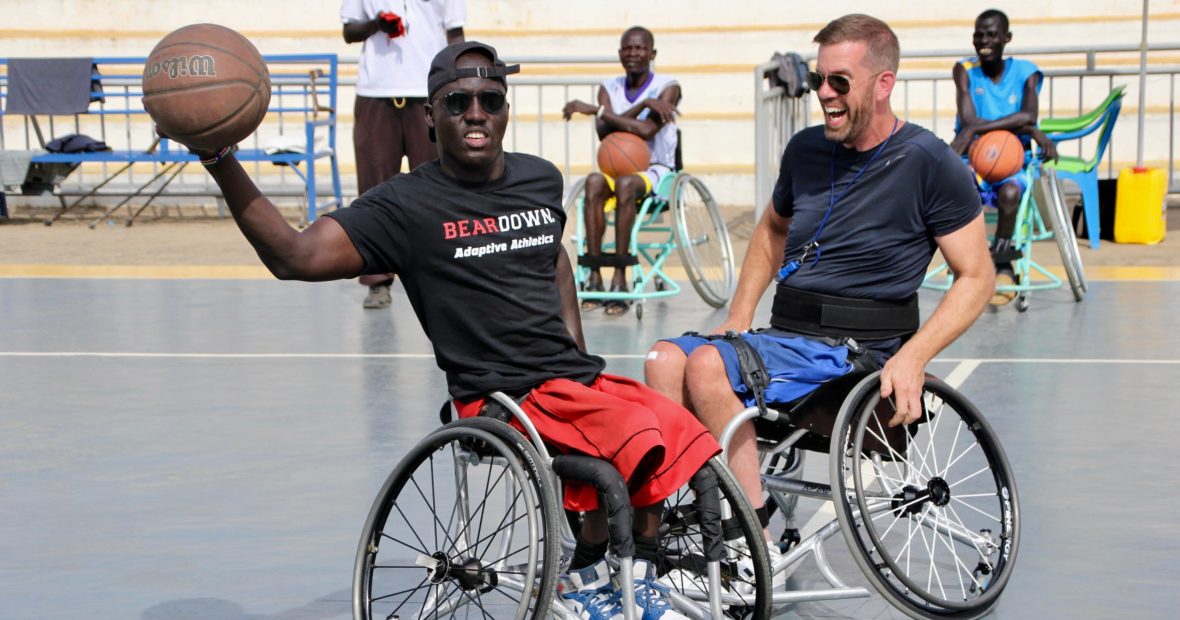 In this episode of Intercross the Podcast, we come to you from Juba, South Sudan. Following a two week wheelchair basketball training program, we sit down with two athletes from radically different worlds. Malat Wei was a young child when his family was forced to flee South Sudan, shortly after he contracted polio and lost the use of his legs. Though he grew up in an Ethiopian refugee camp, he fell in love with sports, spending his long days at the camp playing soccer with his able-bodied friends. Malat would use only his hands to navigate the dusty pitch. At age 12, his family was resettled as refugees in Texas where a few years later he was introduced to wheelchair basketball by a member of his church. He was immediately hooked. Now 24, he plays university-level wheelchair basketball in Arizona, after a successful stint playing professionally in France from 2015-2016.

Jess Markt is from Denver, Colorado. At age 19, he was in a car accident that left him paralyzed from the chest down. Previously a college track-and-field star, wheelchair basketball was a major factor in Jess’ recovery, both physically and mentally. He now serves as the ICRC’s Diversity, Inclusion and Sports Advisor and coaches disabled athletes in war zones, including Afghanistan, South Sudan and the Gaza Strip. Several years ago, Jess and Malat met at a tournament in New Mexico and their friendship was born. When Malat discovered that Jess was coaching in South Sudan, he pitched the idea of going with him to help coach athletes back in his home country.

And that’s just what they did.