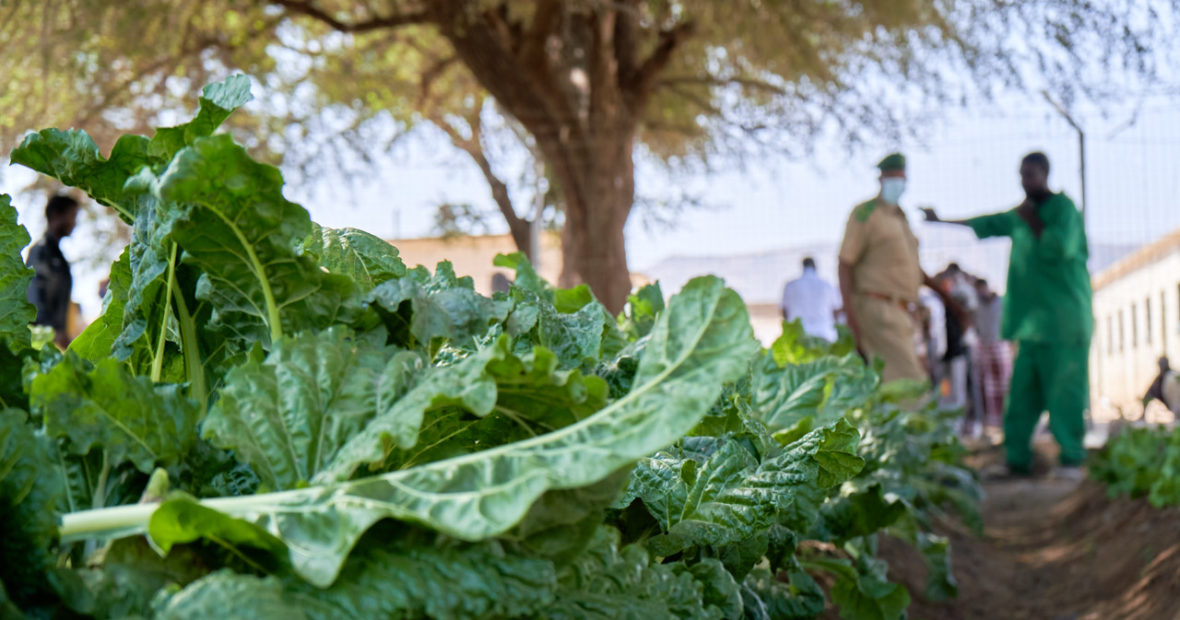 Mandhera Central Prison menu has been improved  to include spinach, beet roots, carrots, cabbages, lettuce and herbs like coriander thanks to its lush garden. The garden located inside the facility consists of an open farm space and a modern greenhouse that caters to the production of vegetables such as tomatoes that require controlled temperature conditions to grow.

The idea of the garden was conceived in 2020 by the International Committee of the Red Cross (ICRC) and the prison authorities in a bid to complement the diet of the detainees. Detainees have been tilling the land and their efforts are paying off with fresh produce included in their meals.

The garden has also provided an opportunity for detainees to learn new skills.

“I enjoy working on the farm, it brings me joy to learn something new.” says Mohamed Ali*, a detainee who works at the garden.

Four trained detainees are assigned the responsibility of managing the farm with a rotational schedule to include other inmates once they learn the skill through on-the-job-training.

“We do monitor the food supply system and food deliveries inside the prison to analyze if it fits an adequate and balanced diet and whether it’s enough for the detainees inside the prison. We also evaluate food storage condition, food preparation and food distribution to see if it’s in line with ICRC guideline and internationally accepted standards .” says Eunice Ishimwe, ICRC in Somalia nutritionist.

The ICRC has visited Mandhera prison six times this year and has been working with the authorities on mid and long-term solutions to improve the conditions of the prison and treatment of detainees. 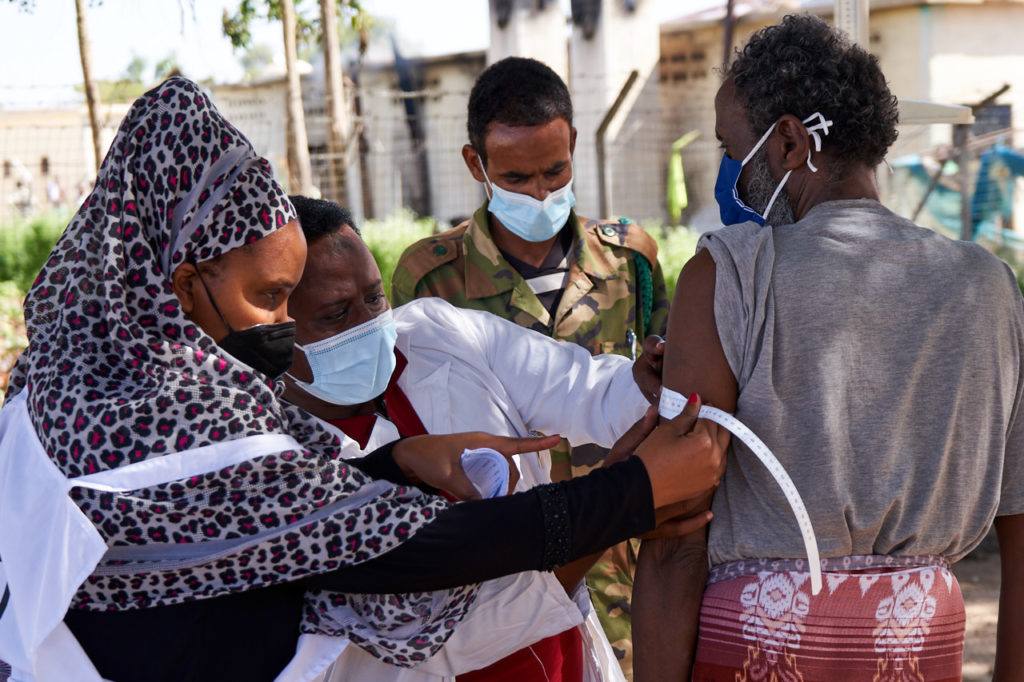 Eunice Ishimwe, ICRC nutritionist reads the Mid-Upper Arm Circumference (MUAC) of a detainee. The colour on the tape indicate the nutrition level of the detainee. © ICRC/ Anisa Hussein. 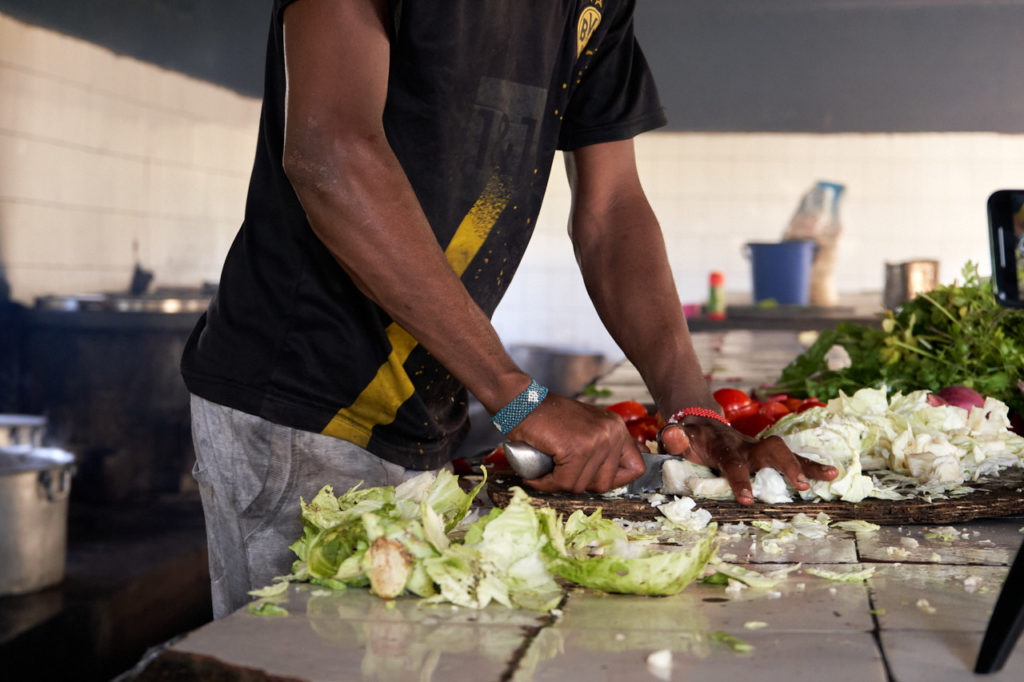 A detainee chops cabbages from the vegetable garden as lunch preparations get underway. © ICRC/ Anisa Hussein. 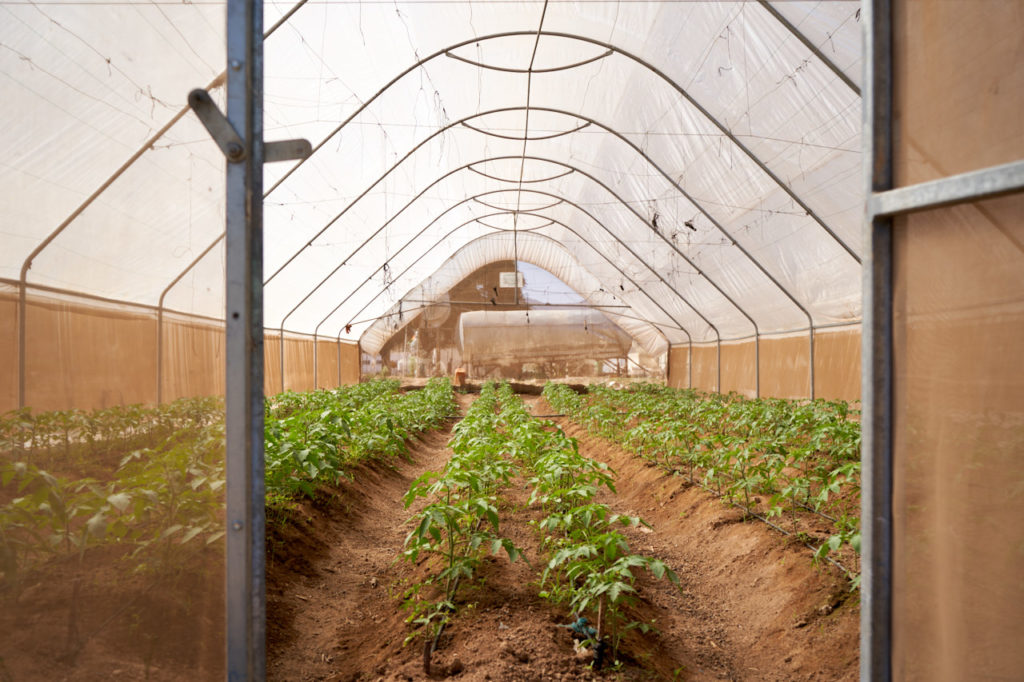 A green house was built for vegetables that require controlled conditions for growth. Tomatoes grown under controlled greenhouse conditions are more uniform in size, shape and color and have a better resistance to diseases than field-grown tomatoes that can be susceptible to harsh weather conditions. © ICRC/ Anisa Hussein. 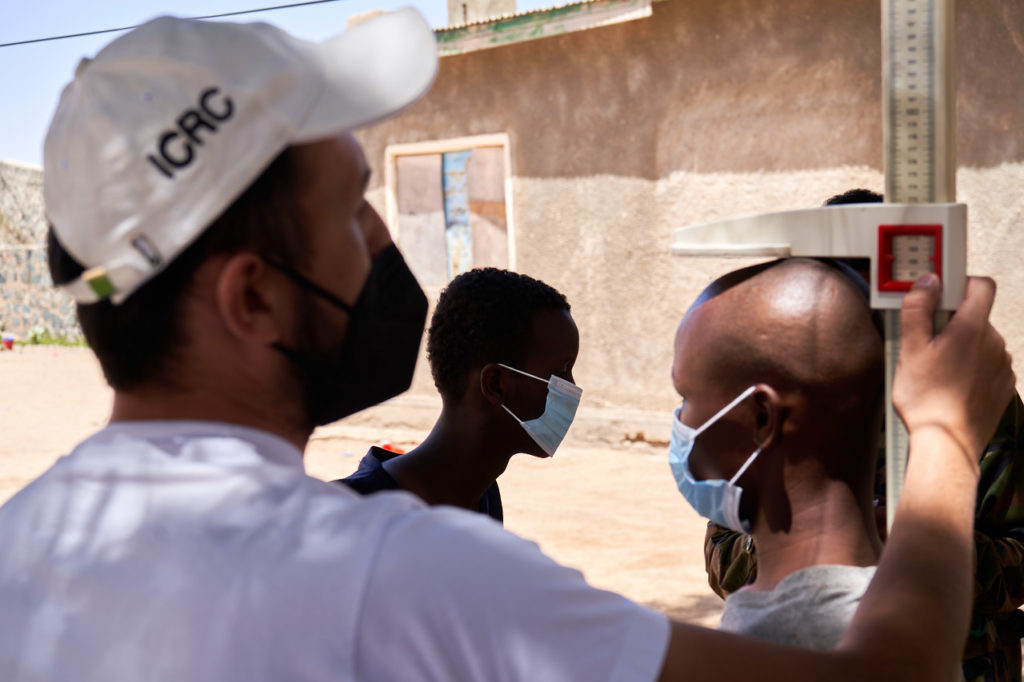 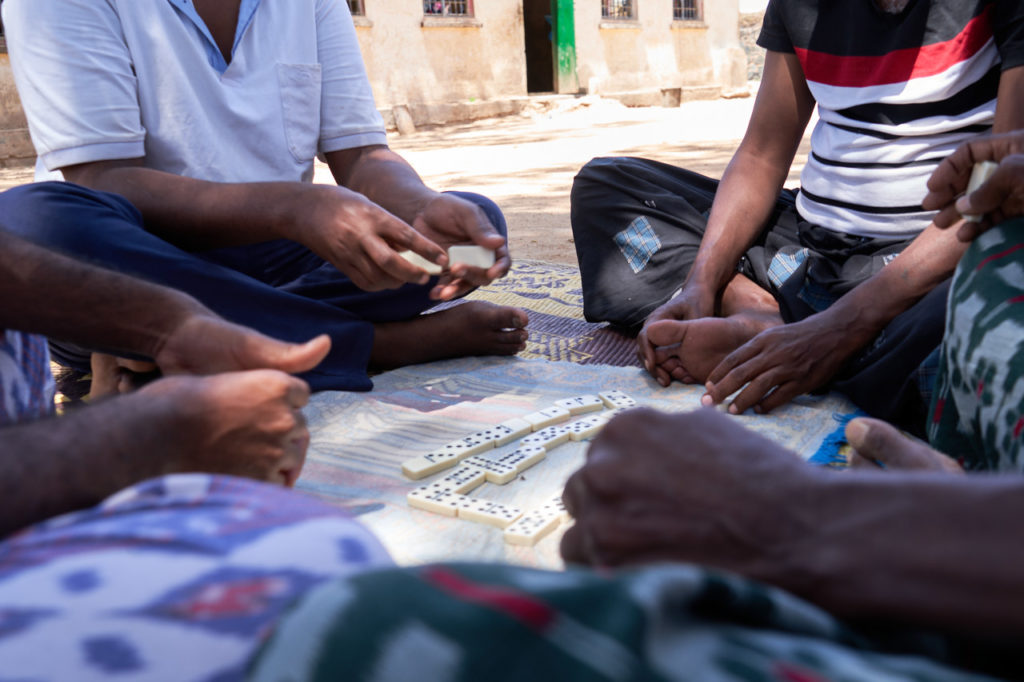 Detainees have an allocated time for recreational and educational activities which lifts their mood and improves their reading skills. The ICRC provides games like dominos, playing cards, books for library and footballs. © ICRC/ Anisa Hussein. 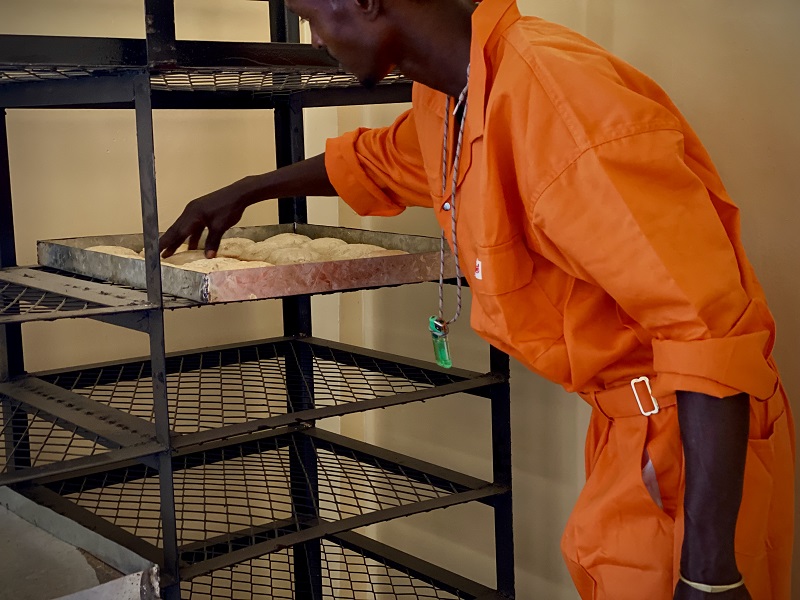 A detainee prepares dough and its ready to go in the oven. The ICRC has built a new modern kitchen with an in-built bakery for detainees in Mandhera prison. © ICRC/ Anisa Hussein. 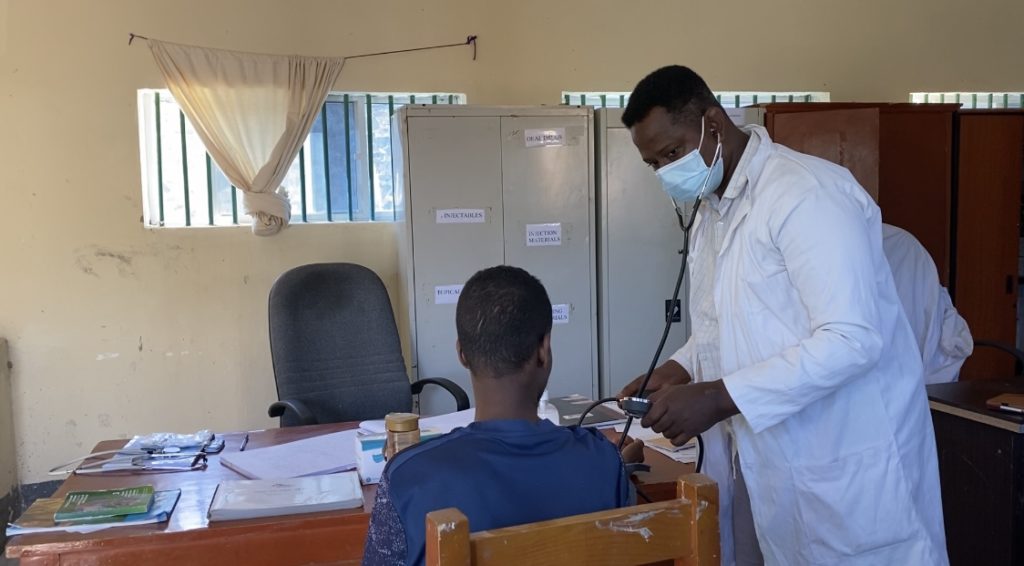 *not their real name