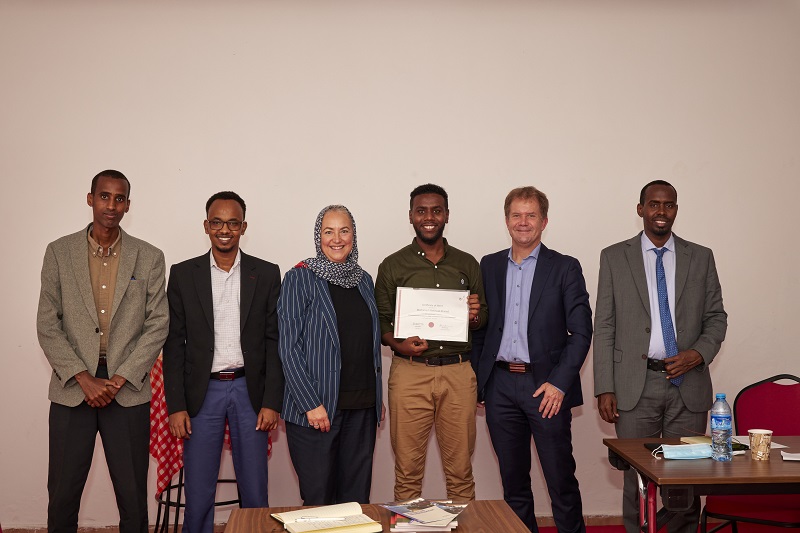 The International Committee of the Red Cross (ICRC) invited universities in Somalia to take part in a Regional International Humanitarian Law (IHL) essay competition this year. Three applications were received and one of the applicants, Mohamed Abdirizak Yusuf from SIMAD University of Mogadishu was selected to be the best essay writer in the country.

The ICRC office in Mogadishu organized a hand over of certificate award event where Mohamed and the dean faculty of law of the university were present.  Helen Durham, ICRC Director of international law and policy attended the event and handed over the award. She also attended a meeting with four university rectors to discuss the best ways the ICRC and the invited universities can cooperate in terms of IHL promotion. 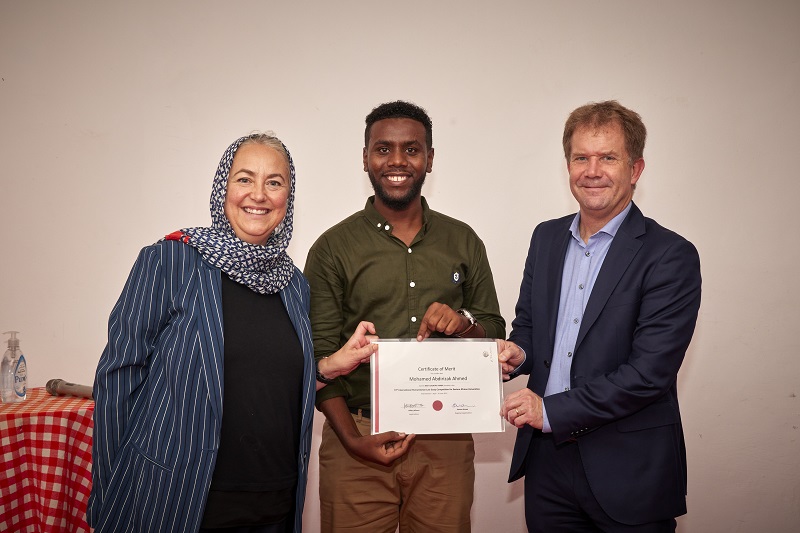 Since two years, the ICRC has offered undergraduate students from across the country the opportunity to participate in the Annual International Humanitarian Law Essay Competition for Eastern Africa Universities which is open to undergraduate students from the region. In the coming years, the ICRC in Somalia hopes to run workshops for law students and teachers to provide more in-depth training on IHL and stimulate research and further teaching.

As a neutral, independent and impartial humanitarian organization, the ICRC endeavours to prevent suffering during armed conflict by promoting and strengthening humanitarian law. Universities and academics have an important role to play in promoting the awareness and compliance with the important protections enshrined in this body of law.