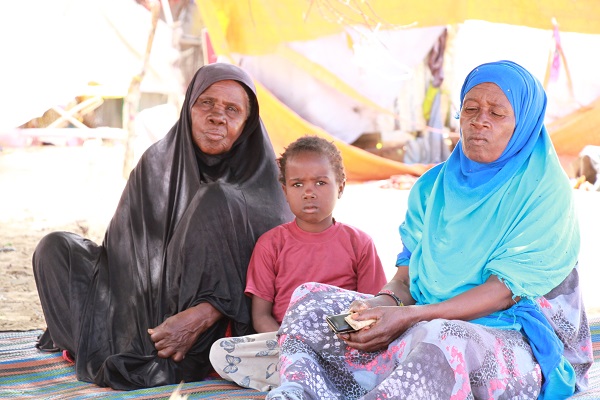 These painful words are uttered by 85-year-old Madina Diriye who lives in a displacement camp in Somalia`s capital Mogadishu. She separated from her son during the civil war and has not seen him to date. He was the first born of eight children and was only 16 years old when he went missing.

“My son was brown skin and had a broken front tooth. He was an active boy and had completed his secondary school. He took part in festivals and enjoyed acting on stage”

It’s an instant trigger of pain as Madina reminisces these beautiful memories of her son. What is more despairing is that she is not the only missing her loved one in Somalia, there are many more people missing their children, mothers, fathers, husbands and wives.

“I have looked everywhere for the past 33 years. I am blind now and what has made it worse is crying for my son every day while wondering about his whereabouts”.

Many people go missing during conflict, causing agony and uncertainty for their families and loved ones. Women and children make up three-quarters of the people registered as missing with the ICRC in Somalia.

“Alive or Dead, I have no idea about the whereabouts of my son Sharmake Shubaay”

Hawa Mohamed rubs her tears with her grey hijab (scarf) and says mothers go through a lot from giving birth, breast feeding to full caring. She gets emotional when she comes across her son`s remaining clothes.

Nine painful years have passed since her son Sharmake Shubaay went missing, but she is a true believer of hope.

Sharmake was a third born and was a happy child who loved to read.

“If he is alive I hope to meet him one day, and if he is dead may God bless him. I’m hopeful and praying to God for me to see him once again. I only have a picture of him when he was 7 years old, I am sure he has changed a lot now that we have not seen each other for 9 years. He might be taller or not, but I cannot imagine what he looks like now since we have not interacted all those years”

Sharmake separated from his family after leaving for abroad to look for greener pastures. His family has not heard any news from his whereabouts since then.

“I have searched everywhere for my daughter Fatha Abdulahi Mohamud”

Fatha was a very good daughter to me. Whenever I remember her my eyes fill with tears.

Living in Hargeisa town for more than 40 years, Amina Yassin has left no stone turned while searching for her daughter for the past 4 years. The last she remembers of her is when Fatha travelled by boat to Egypt in 2016.

“When she first left she said she was going to Egypt to see a doctor. I don’t know anything else, I just know she went by boat. It is painful when a parent is missing a child. You look everywhere and enquire for any information to find your child. I did a lot of search and investigation before”.

Hani Mohamed got lost in Eastleigh, Nairobi at the age of 5. She was found by a woman who later adopted her and moved to Hargeisa town. 17 years later, she is unaware of her mother`s whereabouts and has tried to seek for help to find her mother.

“I have a 3-year old daughter now and I feel so lonely without my mother by my side. I currently live in Hargeisa and would like to know if my mother is alive”

It has been a difficult ride for Hani growing up without knowing the whereabouts of her mother.

“I am thankful for step mother who adopted me and took care of me as her own. She has passed on and I live with my child”

For Madina, Hawa, Amina and Hani one thing is common, they are all hopeful to find out the fate of their loved one. The main causes of family separation in Somalia are conflict, natural disasters and migration. The International Committee of the Red Cross (ICRC) team in Somalia and the Somali Red Crescent Society (SRCS) are actively searching for nearly 2,600 people (as of August 2020), including 300 people reported as missing outside of Somalia.

So far this year, despite COVID-19, more than 200 people have been registered by our teams as missing. Our tracing work in Somalia with the SRCS decreased this year because of COVID-19 restrictions; however, virtual tools such as the Trace the Face website where people can register a loved one as missing and radio spots where we list names of those missing on BBC Somali Service have continued uninterrupted. 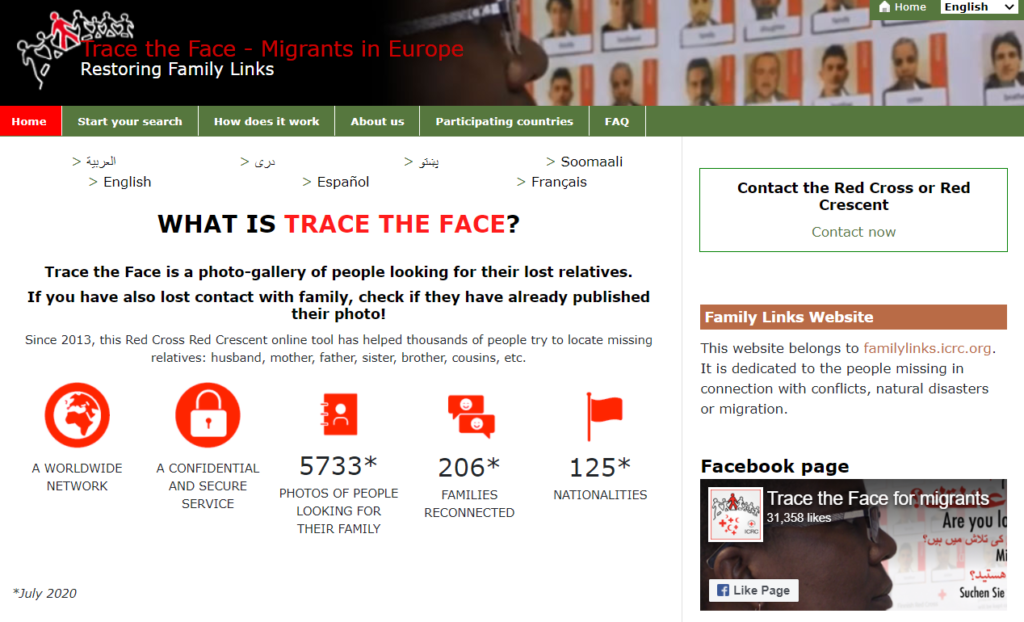