Decades of conflict and natural disasters have profoundly affected the economic resilience of a large part of Somali population. To mitigate the negative impact of these recurring shocks and to shift the most affected populations to the slope of a resilient and autonomous economy, the International Committee of the Red Cross (ICRC), through its Economic Security department, has been developing for several years, a program with a double objective: ensuring access to food, living conditions and other basic needs to the most vulnerable people. Economic revival through support to livelihoods in an effort to strengthen the resilience of the most affected populations. 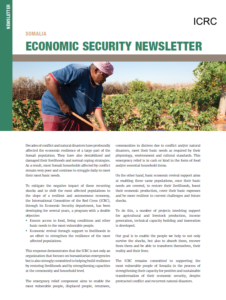 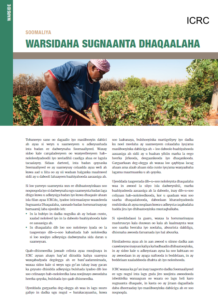