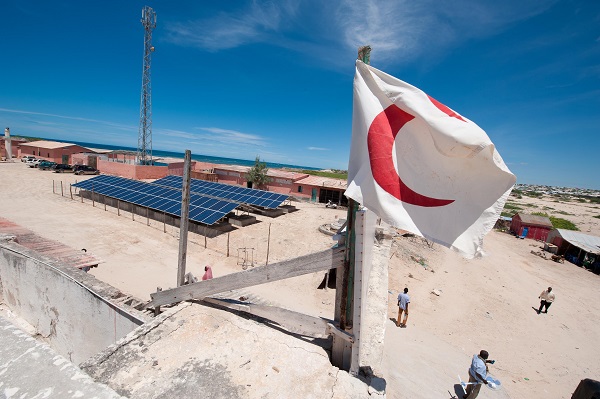 Keysaney hospital commemorates 28 years of providing impartial war surgery and emergency medical care for civilians and wounded combatants. The hospital is run by the Somali Red Crescent Society (SRCS) with the support from the International Committee of the Red Cross (ICRC). The anniversary was marked by a gathering attended by traditional leaders and religious leaders, officials from the local universities, doctors and business people in Mogadishu.

“Keysaney admits all patients regardless of their clan, religion or political affiliations. The services we provide are essential for the people of Mogadishu.” said Dr. Ahmed Mohamed, director of Keysaney Hospital. 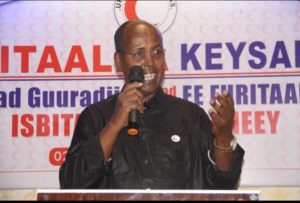 The hospital first opened in 1992 and it had no surgical facilities. Dr. Ahmed Mohamed began working for Keysaney hospital in 1992 just after the fall of the Siad Barre regime ushered in a period of civil war in Somalia.

The hospital has been run by staff employed by the SRCS and trained by the ICRC since 1994. The ICRC supports the hospital through trainings, and delivery of medical supplies.

Keysaney is one of the two ICRC-supported surgical referral hospitals in Mogadishu. In 2019, the hospital had more than 7,200 consultations, 650 being weapon wounded. The 90-bed hospital is currently admitting an average of 140 surgical patients each month, over 25 of whom are suffering from weapon-inflicted injuries. Keysaney is now a referral facility for fistula repair, a program that is supported by the Norwegian Red Cross, SRCS and the ICRC.

To address violence against health-care workers, patients, and facilities, the ICRC and SRCS support a Health Care in Danger (HCID) initiative aimed at ensuring safe access to and delivery of health care in armed conflict and other emergencies. It is crucial that international humanitarian law (IHL), which protects services provided by medical facilities such as Keysaney hospital, be respected at all times.