Rise in water levels in the Shabelle river which cuts through the Beledweyne have flooded the town displacing tens of thousands, destroying crops and paralyzing transport. The Somali Red Crescent Society (SRCS) has deployed their boat teams to rescue people and evacuate families to higher ground. The SRCS is working closely with the International Committee of the Red Cross (ICRC) to deliver tarpaulins, mosquito nets, mats as well as water-treatment tablets to 4,000 affected families in Beledweyne. Sandbags have also been distributed to other parts of the country where flooding is expected. 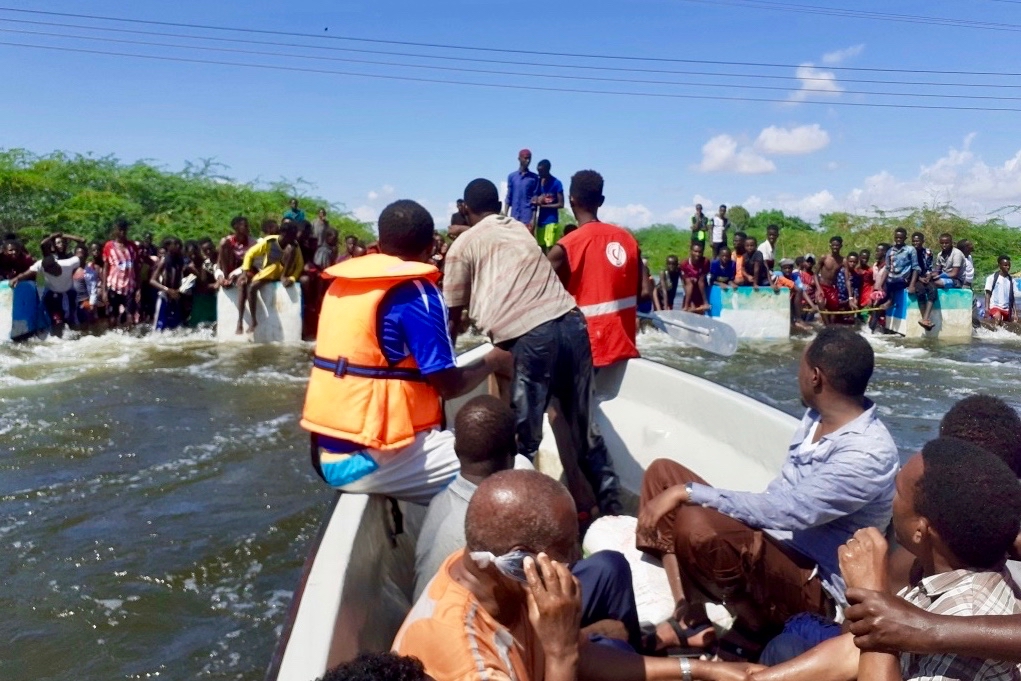 More than 55,000 households in Beledweyne town have been displaced due to massive flooding that has hit the town. ©SRCS 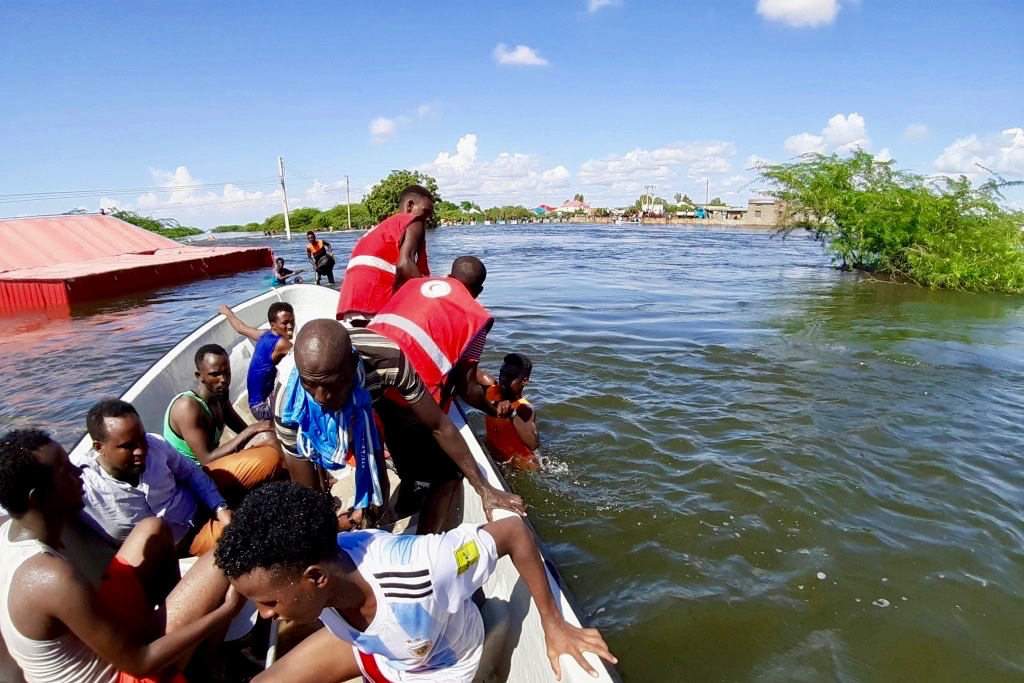 The SRCS boat teams continue with the search to evacuate flood victims and dead bodies. The situation is dire, and some people are still unaccounted for. The SRCS is working closely with the ICRC to deliver tarpaulins, mosquito nets and cooking utensils to families displaced by the floods. ©SRCS 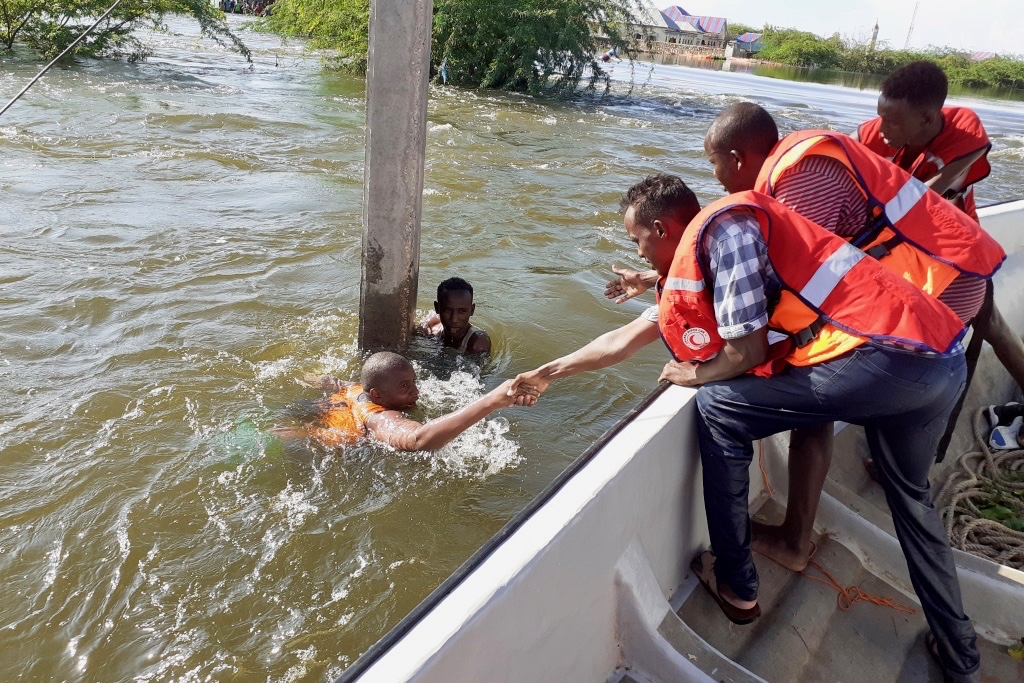 SRCS teams rescue residents caught up in the floods. ©SRCS 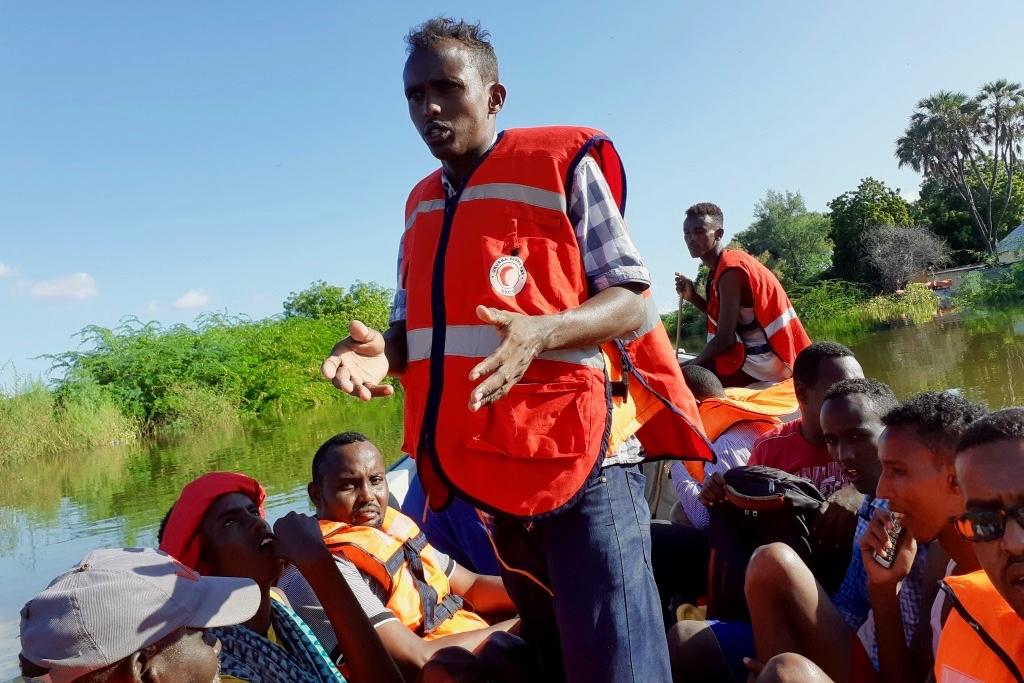 The SRCS has more than 50 volunteers in Beledweyne town responding to floods. Some volunteers are working in camps to promote hygiene to prevent disease outbreaks such as acute water diarrhea. ©SRCS 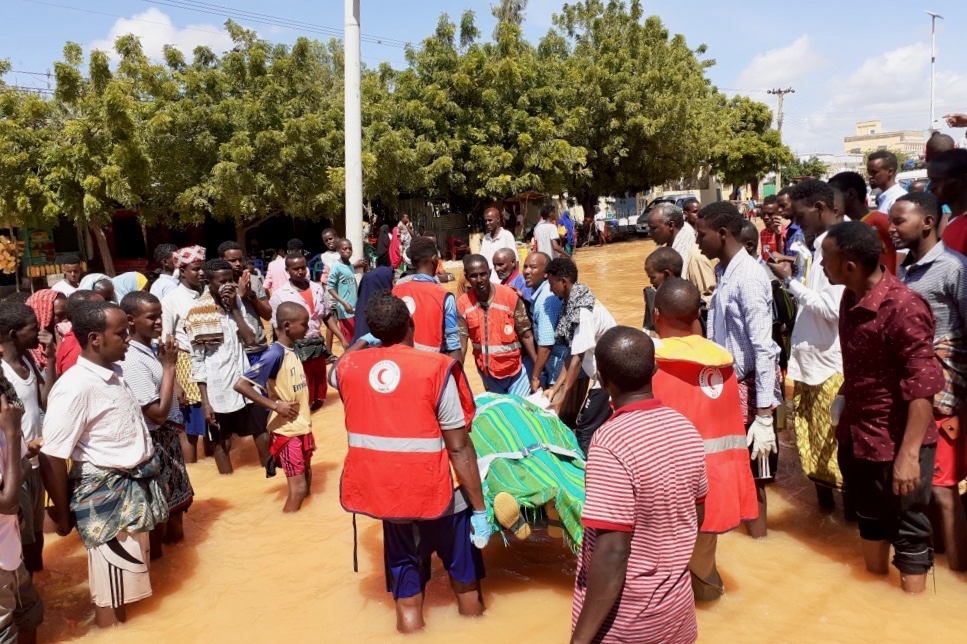 The SRCS recovered seven bodies from the flood waters and evacuated 137 people by boat. Some volunteers are promoting hygiene in the camps to prevent the outbreak of diseases that thrive in these conditions. ©SRCS 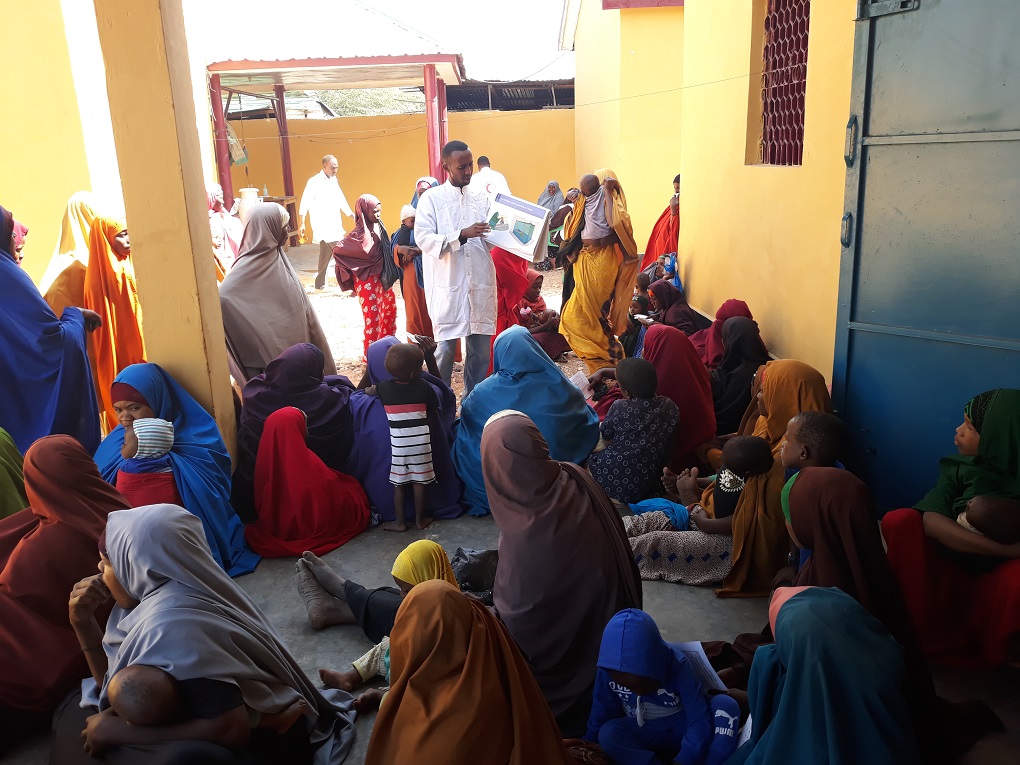 Most of the residents of Beledweyne town have been left homeless as floods destroy farms, roads and houses in the area. The main hospital in the area is closed due to flooding and many people are cut-off from SRCS clinic in the area. The teams on the ground are promoting hygiene messages and distributing water-purifying tablets. ©SRCS