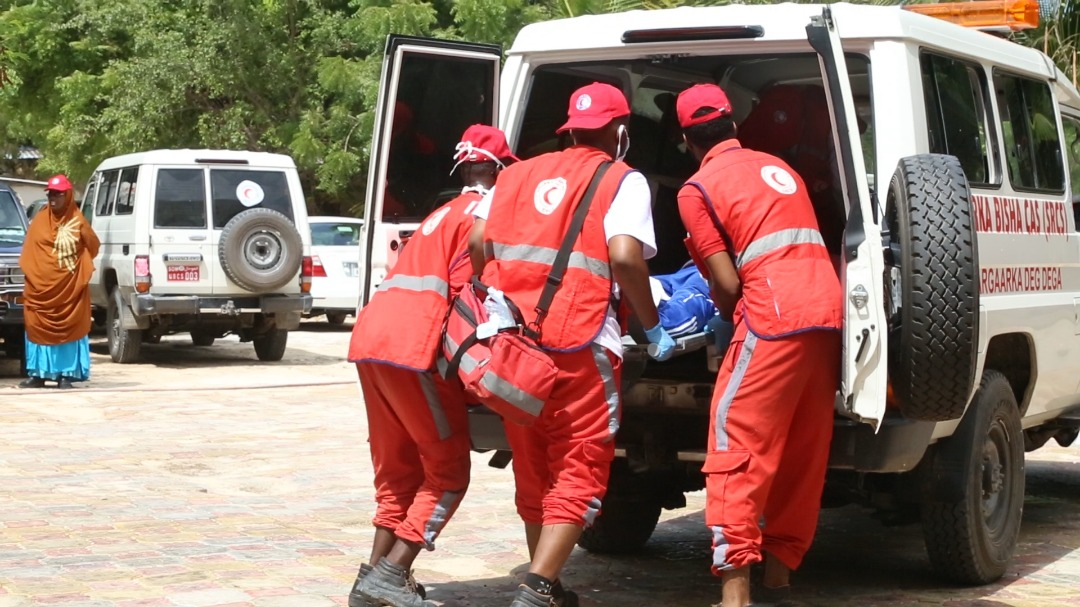 The Somali Red Crescent Society (SRCS) and the ICRC have been working together to deliver essential first aid skills in areas affected by conflict, as well as to remote and rural communities. Information, response materials and first aid skills are provided to community members, volunteers and responders in what has become our flagship activity.

Abdullahi Adan Abdi, Muxudiin Adan Mayow Adan Ali Adan and Abdi Samad Hassan have been part of the First Aid Action Team since the beginning (2016), leading their teams offering first aid services to the injured and the sick.

In this interview, they reflect on their experiences as First Aid Action Team Leaders in a country beset by multiple conflicts compounded by climatic events such as droughts and floods.

Q: ICRC has been conducting First Aid training for a couple of years now. How beneficial has the training been to you in the execution of your duties as first aiders?
A: The first aid trainings offered by ICRC have been very helpful. We have gained a lot of experience in safer access, safety and scene management as well as prioritization of victims according to the gravity of their injuries.

Q: What are some of the challenges that you have encountered so far, while on duty?
A: Some of these challenges we face include: check points or road blocks erected by armed forces which delay our movements within the city; shortage of ambulances to ferry the injured to hospitals especially when there are mass casualties; and communication problems brought about by poor or lack of networks around the area of operation.

Q: What safety measures do you take into consideration when at work? For instance, if attending to the wounded in a blast or in a crowded place?
A: We try as much as we can to ensure the crowds are kept at a distance of 300 to 400 meters from the scene and that proper management of the scene is taken into consideration. Also, proper communication is vital especially when managing a team during an emergency response. Therefore, there must be a pre-briefing to coordinate the evacuation of the wounded or the sick and the type of first aid offered to various victims. 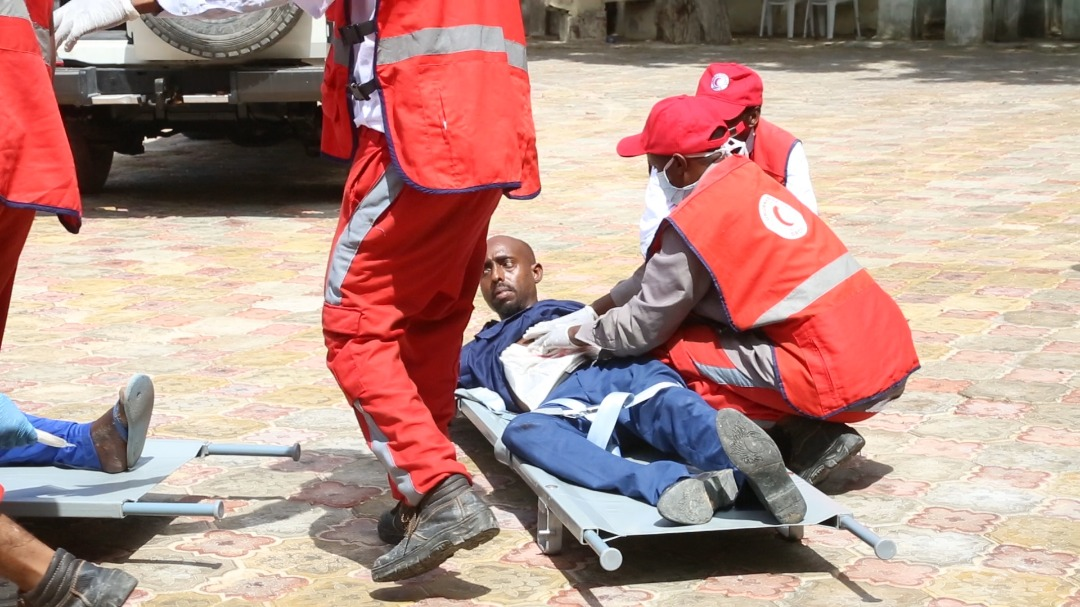 Routine and community first aid training are regularly held in all the SRCS branches. ©SRCS/Mohamed Bishar

Q: When responding to emergencies, how do you ensure that you protect yourself from infections when attending to the sick and the wounded?
A: We make sure all the first aid action team members have the most important gear like gloves, masks and boots. This is so that we do not expose ourselves to infections when handling the sick and wounded.

Q: I’m sure some of the scenes you encounter leave you very traumatized. How do you cope? Do you go for counselling?
A: Yes, some of the scenes, if not all, can be very traumatizing. But, the pre-briefing we get from our supervisor before we attend to an emergency helps us know what to expect. We are somehow prepared psychologically for what lays ahead. After the deadly blast that occurred in October 2017, the ICRC sent a psychologist to come and offer counseling to the FA team members.

Q: How big is the SRCS first aid team in Somalia?
A: Currently, the FA teams focus on priority areas such as Mogadishu, Galkayo and Las Anood. The FA teams offer the most effective and efficient first aid interventions compared to the other private ambulances operating in Somalia. Private ambulances only offer transport but not first aid care unlike SRCS FA team who provide first aid services at the scene and offer transport to the hospital for specialized care.