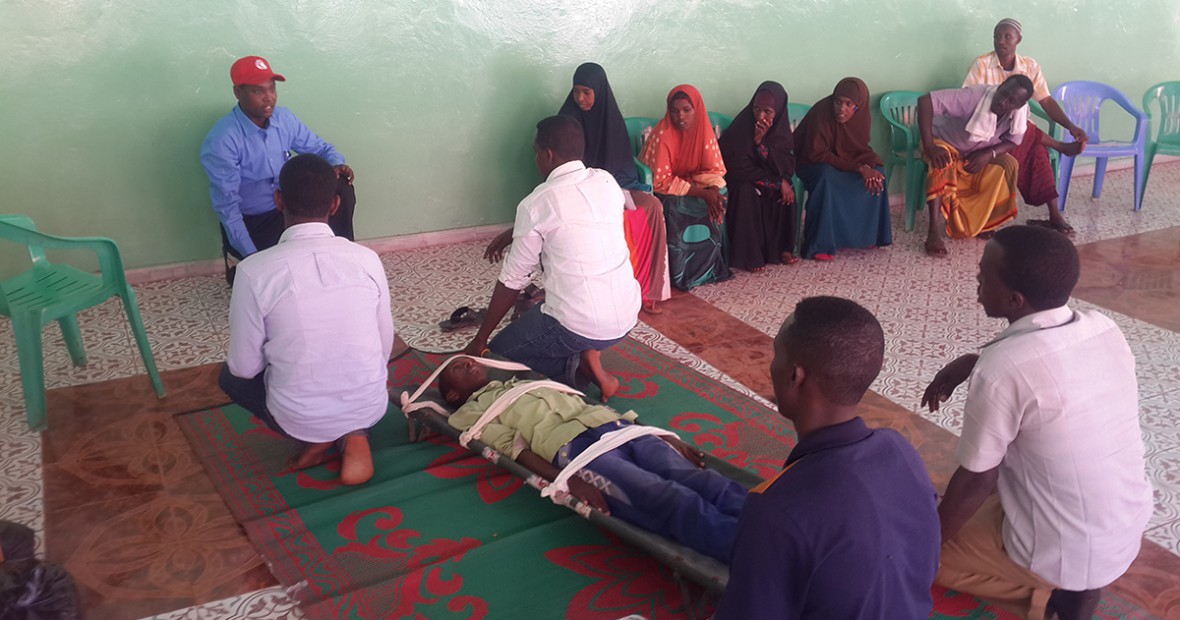 Injuries sustained in armed conflict can lead to severe deformities or death if not attended to in time. Quality first aid delivered on the spot can make the difference between life and death during an emergency.

In Somalia, where health facilities are few and far between, first aid is particularly vital as an initial response, providing effective and swift action that can reduce injury and thereby improved chances of survival.

Recently, volunteers drawn from 20 villages in Galgaduud, central Somalia region, were given first aid training by the Somali Red Crescent Society (SRCS) to improve the medical response to emergencies which are common in the area.

The five-day training, delivered by the SRCS in its neutral and independent , covered lessons on fractures, controlling bleeding, burns, poisoning and transportation of the wounded.

First aid training is a cornerstone of the global Red Cross and Red Crescent Movement. Volunteers from diverse groups including communities, government and opposition forces have been involved.

In Afghanistan for instance, the International Committee of the Red Cross (ICRC) has trained persons from both Afghan National Security Forces and Armed Opposition Groups in basic first aid and emergency medical stabilization. This activity has its roots in the first Geneva Convention, signed 150 years ago, which protects wounded and sick combatants during hostilities.

In Somalia the trainings strengthen communities coping during emergencies.

“We are committed to continuing our cooperation in expanding the emergency response capabilities of the Somali Red Crescent. I believe the volunteers from the communities will greatly improve this response,” says Gail Corbett, ICRC head of hospital management in Somalia.

ICRC has maintained its humanitarian presence in Somalia since the 1970s, working closely with the SRCS to improve delivery of effective and impartial health care in armed conflict and other emergencies. The Somali Red Crescent Society has 19 branches with 130 sub branches throughout the country. 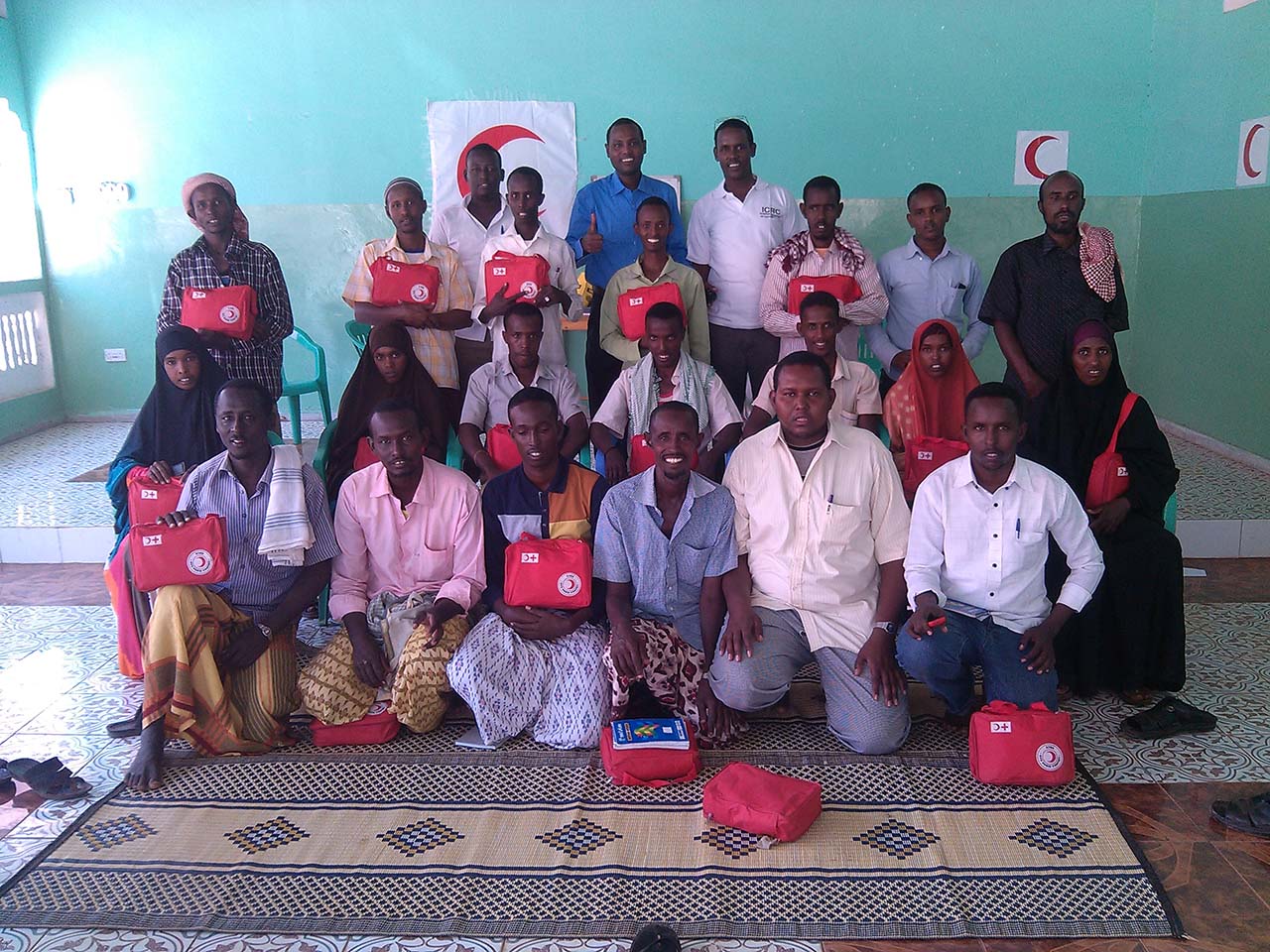 The training, which took place on 29 June 2015, drewparticipants from 12 different villages in Galgaduud region. They will be the community’s first response in case of an emergency ©ICRC/Bishar Osman