Participants engage during the workshop in Kathmandu. © Ajay Yadav/ICRC

The ICRC conducted two two-day workshops on IHL for judges, prosecutors, and court officers in Gandaki and Bagmati provinces of the country between 20 and 24 March 2022. These were in partnership with the NJA, where 44 judges and other participants from surrounding districts gathered for interactive sessions on IHL, International Criminal Law (ICL), International Human Rights Law (IHRL), and Transitional Justice (TJ). Hon. Baidya Nath Upadhyay, Executive Director, NJA, emphasized the importance of IHL for the judicial sector and its intersection with the TJ process in Nepal. The sessions also featured experts from the TJ sector, including Phanindra Gautam, Member Secretary, National IHL Committee, who highlighted the promotion, integration and implementation status of IHL in Nepal. 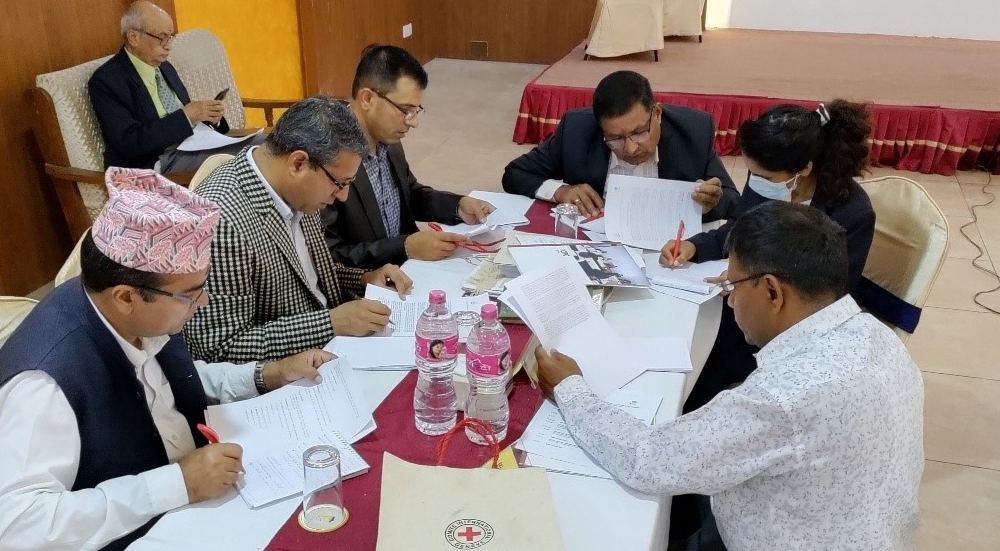 Participants engage in a group discussion during the workshop in Pokhara. © Ajay Yadav /ICRC

During the workshops, participants discussed fictitious case studies relating to war crimes, violations of IHL, and modes of liability. George Dvaladze, ICRC’s Regional Legal Adviser, joined as a key speaker and deliberated on emerging issues and recent developments in IHL. 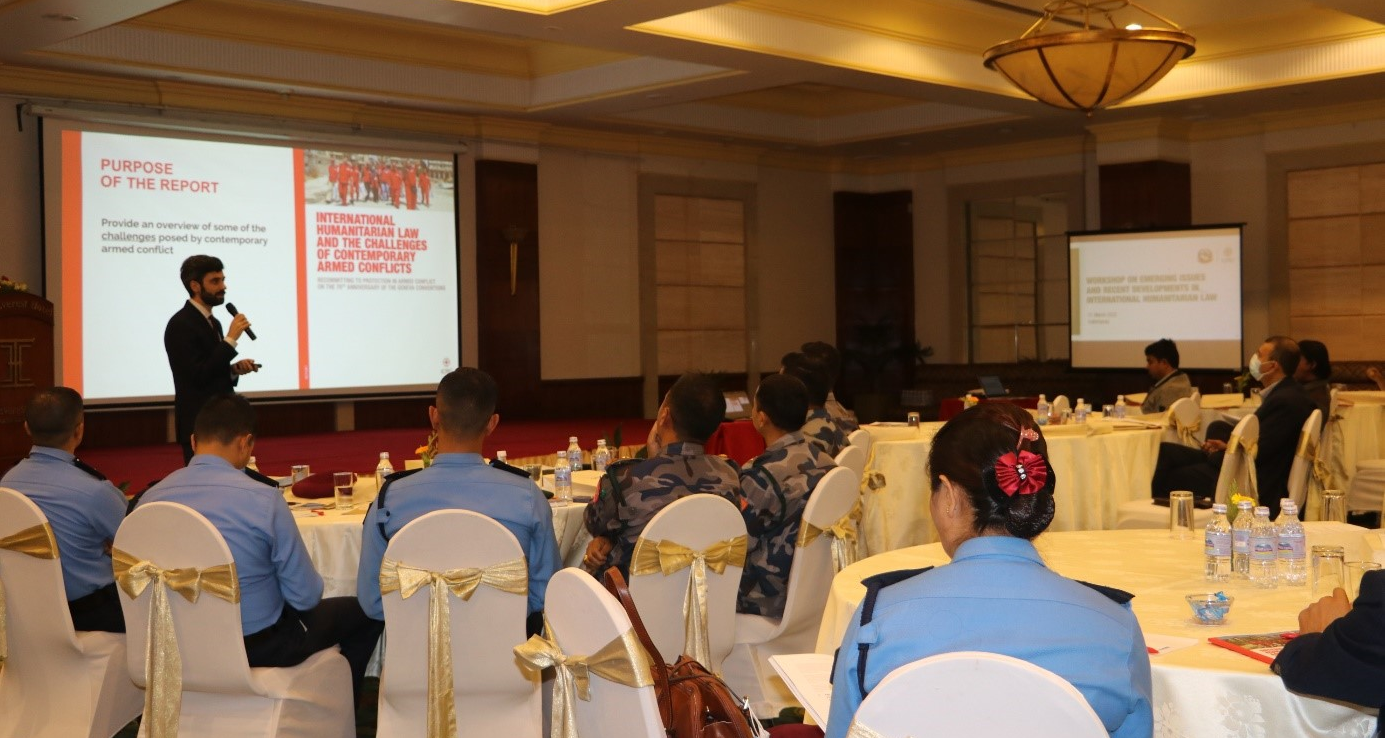 An essential part of the workshops was the jurisdiction and the admissibility of cases before the International Criminal Court (ICC). The panel discussion on ‘Transitional Justice in Nepal and the Role of the Judiciary’ featured an insightful presentation by the Chairperson of the Commission of Investigation on Enforced Disappeared Persons (CIEDP), highlighting the shortcomings and challenges faced by the Commission.

Sandesh Shrestha, Head of the ICRC mission in Nepal, noted that the identity of the ICRC in Nepal is rooted in the transitional justice process and in caring for the victims of conflict.

For the ICRC, engagement with the judicial sector on IHL will continue to ensure that domestic courts are well equipped to deliver their obligations under IHL.

Similarly, the ICRC and the National IHL Committee co-hosted a workshop on “Emerging Issues and Recent Developments in IHL” on 31 March 2022. The half-day programme was attended by representatives from key government agencies, including the ministries and armed and security forces, institutions, Nepal Red Cross Society, civil society, and academia taking the lead in implementing and promoting IHL in Nepal. 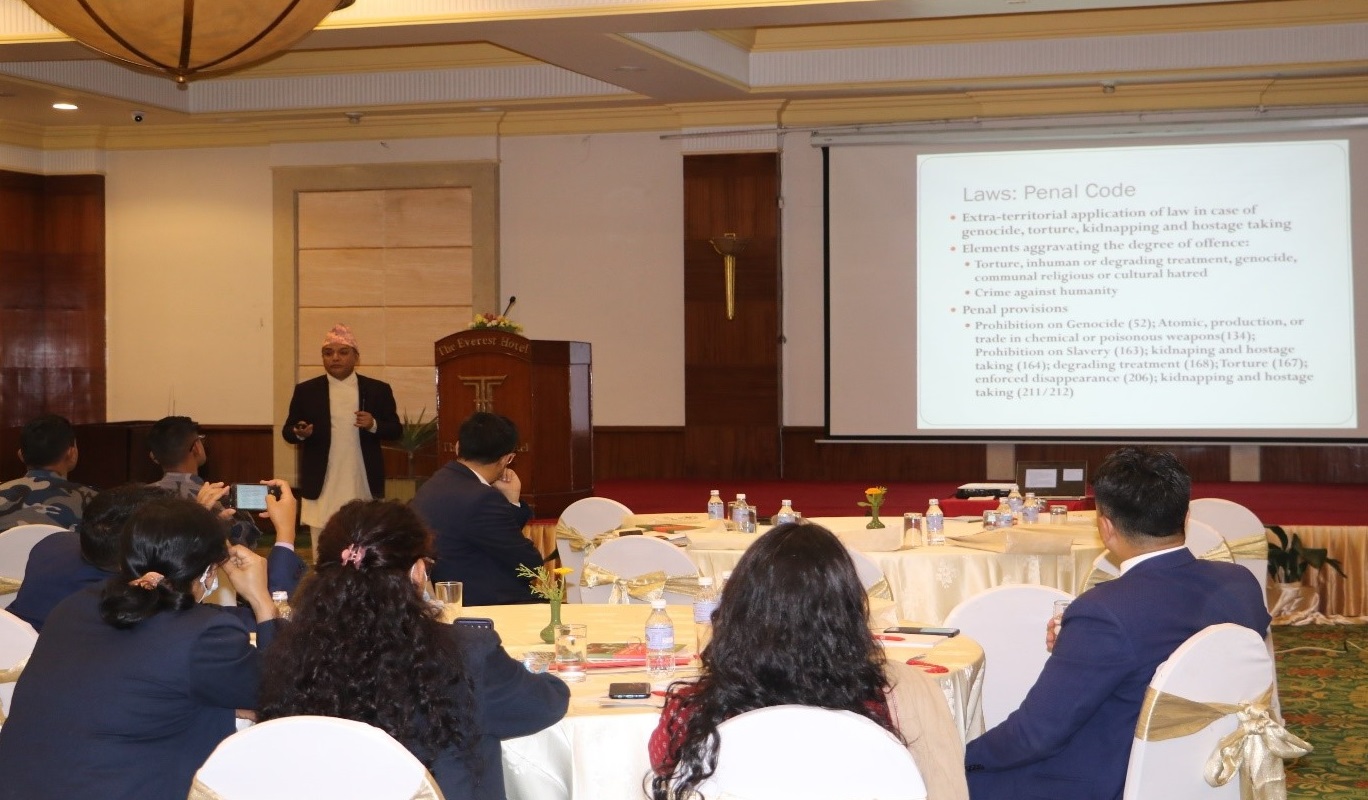 “IHL is very precious, and the NIHLC is working for its wider dissemination in the country,” said Udaya Raj Sapkota, Secretary of the Ministry of Law, Justice and Parliamentary Affairs (MoLJPA).

In the programme, Sandesh Shrestha shared the mandate and modalities of the ICRC’s work, including the principle of neutrality and the institution’s approach to promoting IHL and constructive dialogue.