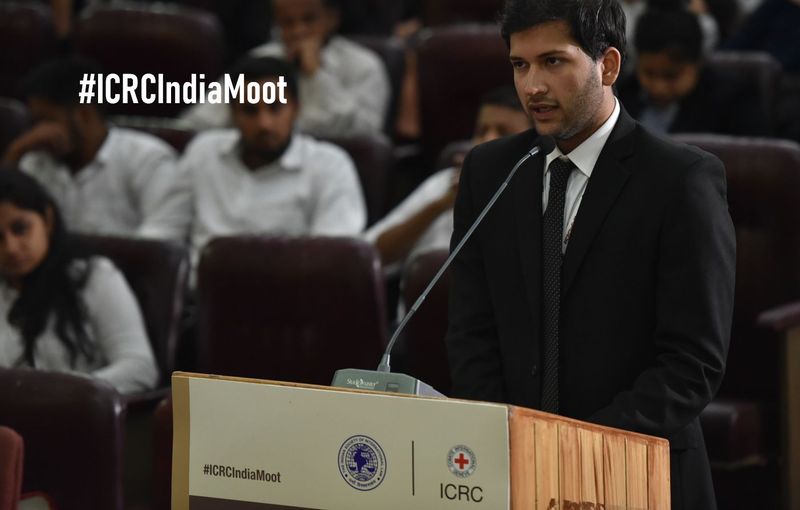 The 20th Henry Dunant Memorial Moot Competition has started this year. This year marks 20 years of the competition in India that the International Committee of the Red Cross (ICRC) and the India Society of International Law (ISIL) have jointly conducted. This year also marks the first time that the Competition is being held virtually.

Twenty teams were registered, and 11 teams were finally selected for the main event. Each team consists of three members, including two mooters and one researcher. There are three separate courts for the participants, and each courtroom will have a panel of three judges.

The draw of lot and the inauguration took place on 18th October, while the main events are being held from 21-24th October 2021.

The semifinals are on 23rd October and will be closely watched over by four sets of judges. The finals will be held on 24th October at 3 pm.

Post the finals, the award ceremony will felicitate the winner, runners up, best mooter and researcher.

Since its inception in 2001, the Henry Dunant Memorial Moot Court Competition’s principal objective is to continue developing an increased awareness and interest in IHL in academic institutions throughout South Asia. A further aim is to use IHL to further academic excellence in the student community and to develop their advocacy skills in an environment of friendly competition.

Participation in the Moot Court involves thorough research of IHL treaties, including the 1949 Geneva Conventions and their 1977 Additional Protocols, and the rules of customary law applicable to this area.

In 2001, ICRC’s Regional Delegation in New Delhi initiated the Competition to promote better awareness of IHL among law students at universities across India.