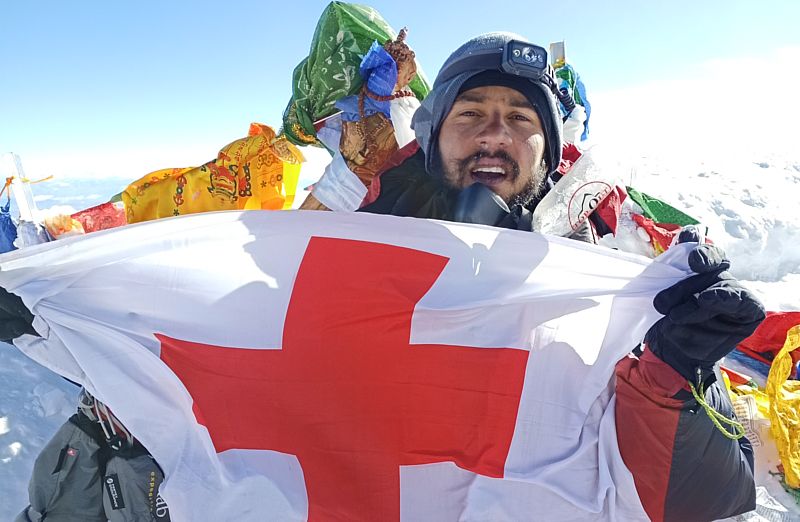 New Delhi, June 18, 2021 – When the devastating floods and landslides killed more than 6,000 people in the north Indian state of Uttarakhand in 2013, 16-year-old Manish Kashniyal and his friends gave their all to save and rescue survivors. As live visuals of houses, shops, and hotels came down like a house of cards streamed across channels, nothing could deter the young Pithoragarh teenager from climbing steep mountains with first aid and food for those injured and trapped. Not only did the calamity alter the river’s direction, but it also changed the course of Manish’s life.

Manish unfurled the Red Cross flag at the world’s highest peak on June 1 2021. “The images of the destruction and devastation after the disaster continue to be with me. But that was the beginning of my journey in the field of first aid and mountaineering. Today, I am a recognized master trainer, a Red Cross volunteer and a mountaineer. All my dreams have come true,” he said with palpable joy in his voice. “I was at Earth’s highest point with the symbol of hope and humanity in my hand and tears rolling down my face.” The Red Cross Movement across the world could not be more proud of his determination and courage.

As part of his preparation to achieve this feat, Manish stayed in the shadow of Everest for more than two months. “The first aid training came in handy as I was able to help several of my fellow mountaineers when they needed support during this period,” said Manish. He had attended the 2019 Masters training course on first aid in New Delhi conducted by the Red Cross Movement. For someone whose passion is rock climbing, knowledge of first aid has greatly benefited him and others during expeditions. With the Red Cross first aid box and the Red Cross flags as his constant companions, Manish does not miss a single opportunity to treat his colleagues for mountain sickness and other injuries. 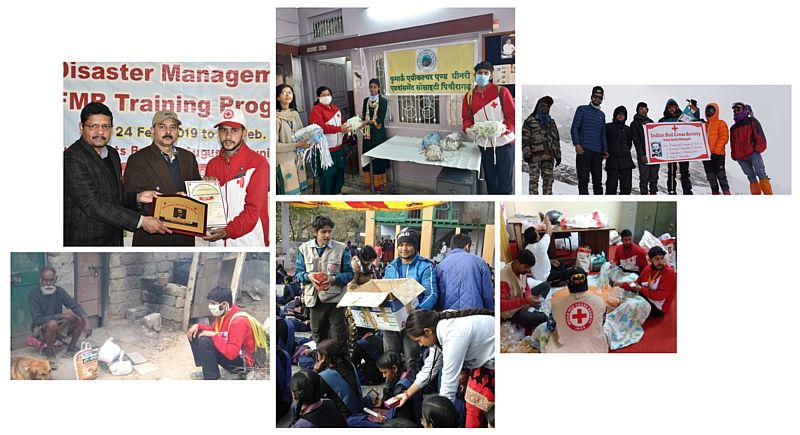 In addition to the ascent of the mountains and the inclement weather, Manish faced several unprecedented challenges owing to the pandemic scenario. Unfurling the Red Cross flag on Everest was a much-needed balm for the soul.