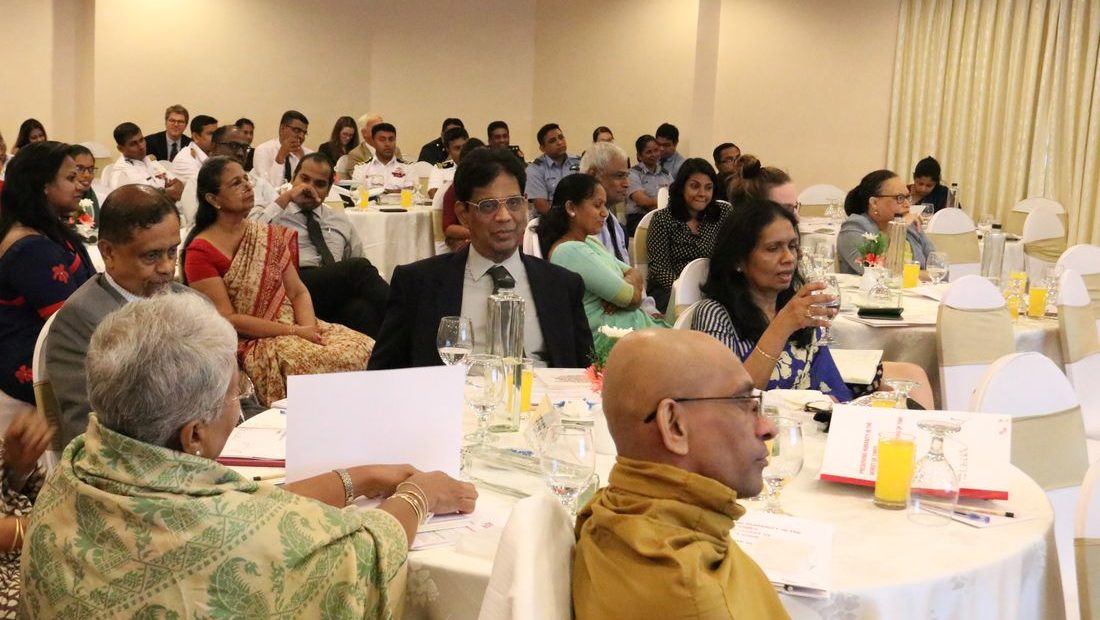 The 70th anniversary of the Geneva Conventions (GCs) is being marked across the world this year by the ICRC. In Sri Lanka, the commemoration event held on September 11, 2019 in Colombo brought together government officials, diplomats, scholars, military officials, Sri Lanka Red Cross Society officials, legal practitioners and undergraduates.

The Geneva Conventions form the bedrock of international humanitarian law (IHL), which regulates armed conflict and seeks to limit its effects to reduce human suffering. The ICRC staff work towards saving the lives of the wounded and the sick, ensuring the detainees are treated with dignity, and towards clarifying the fate and whereabouts of the missing. As the guardian of IHL, it is in the DNA of the organisation to disseminate about humanitarian principles and humanitarian assistance across borders.

Loukas Petridis, Head of Delegation of the ICRC in Sri Lanka, said, “The ICRC takes great pride in the role it has played in the adoption of the Geneva conventions of 1949 and today the ICRC delegation in Colombo is honored to be celebrating this important anniversary in collaboration with the National IHL committee and the Embassy of Switzerland. This partnership and the representation from the many institutions gathered here today symbolize the significance of collaboration in achieving humanitarian objectives.” 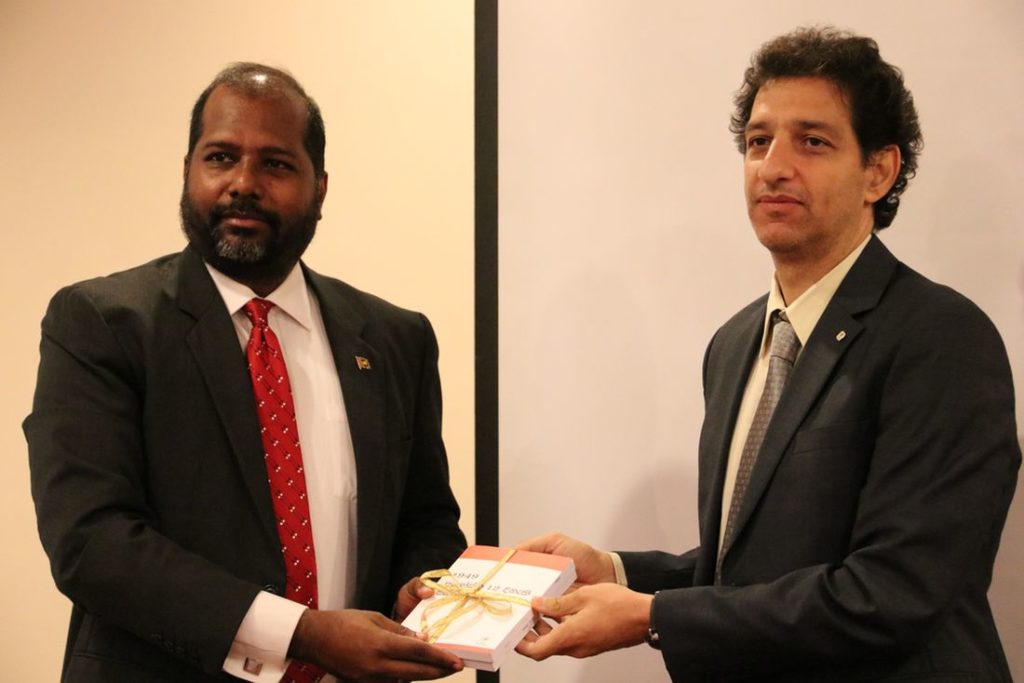 Loukas Petridis (R), Head of Delegation, ICRC Sri Lanka, presents the Sinhala and Tamil translations of the Geneva Conventions to the government official of the National IHL Committee, Ministry of Foreign Affairs. @ICRC

The main institutional objective of the commemoration this year is to ensure universal acceptance and implementation of IHL. The occasion is also intended to be utilised to fuel the already existing discussion on the challenges that the humanitarian norms that form the basis of the GCs have to withstand against the complexities of contemporary armed conflicts. The highlight of the event was the presentation of the Sinhala and Tamil translations of the Geneva Conventions of 1949 to the Government of Sri Lanka.

Petridis added, “Today’s event is designed as a platform for national and international stakeholders to come together and deliberate on the successes and drawbacks, challenges and opportunities in the application of the Geneva Conventions with an eye for the future.”

In Sri Lanka, the anniversary of the GCs coincides with an important milestone in the national endeavor to implement IHL. Having ratified the GCs in 1959, Sri Lanka adopted the enabling legislation, namely the Geneva Conventions Act, in 2006. The Act seeks to give effect to the obligation under the Conventions to criminalise grave breaches of the GCs. In February 2018, responding to an action point under the National Human Rights Action Plan 2017-2022 of Sri Lanka, the National IHL Committee invited the ICRC to provide technical support towards amending and operationalising the Geneva Conventions Act. In response, the ICRC submitted its observations and proposals to the National IHL Committee in May 2018, and since then has engaged in discussions with key stakeholders on various related matters.