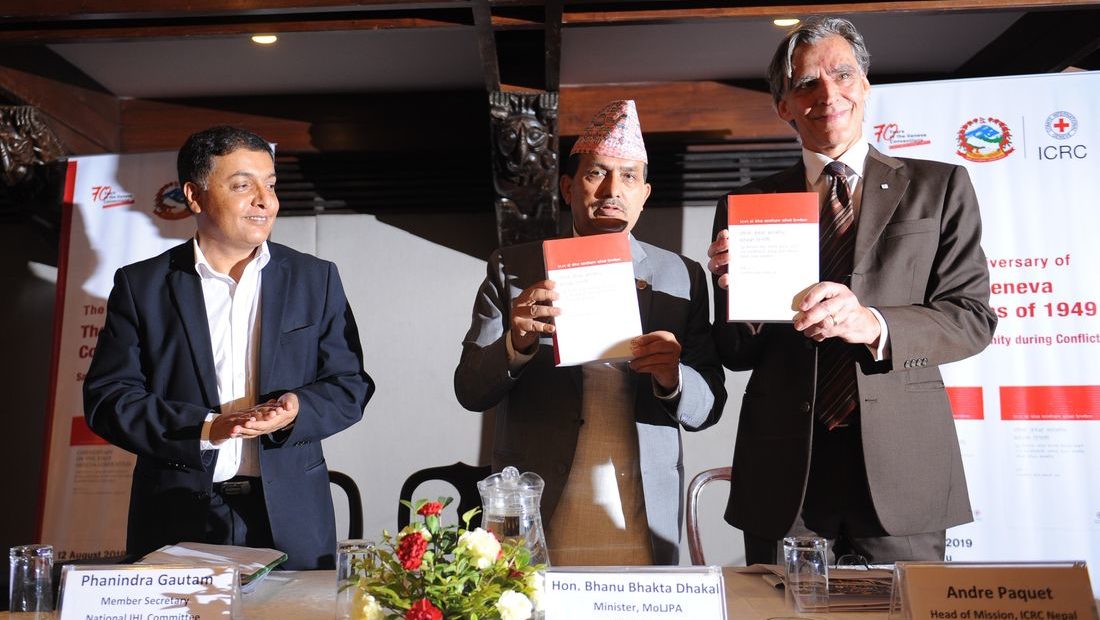 The Geneva Conventions – one of humanity’s most important accomplishments of the last century – turned 70 on 12 August 2019. The ICRC mission in Kathmandu marked the 70th anniversary in collaboration with the National IHL Committee of the Government of Nepal. Representatives from the government ministries and agencies, commissions of transitional justice, armed forces, academia, rights-based organisations, media and the Red Cross movement came together to commemorate the anniversary.

Bhanu Bhakta Dhakal, honourable minister for law, justice and parliamentary affairs, who was the chief guest on the occasion said the Geneva Conventions are a milestone in the development of international humanitarian law. Minister Dhakal expressed Nepal’s commitment to the Conventions. “As one of the State parties to the Geneva Conventions, I would like to reaffirm that Nepal remains committed to the values and principles enshrined in these Conventions.”

Dhakal, together with Andre Paquet, head of the ICRC mission in Nepal, launched the Commentary on Common Article 3 of the first Geneva Conventions. The launched publication is available in both English and Nepali languages. “This is a very important publication in the field of IHL and I believe that it will contribute further to the implementation of the IHL and its global compliance,” said Dhakal. 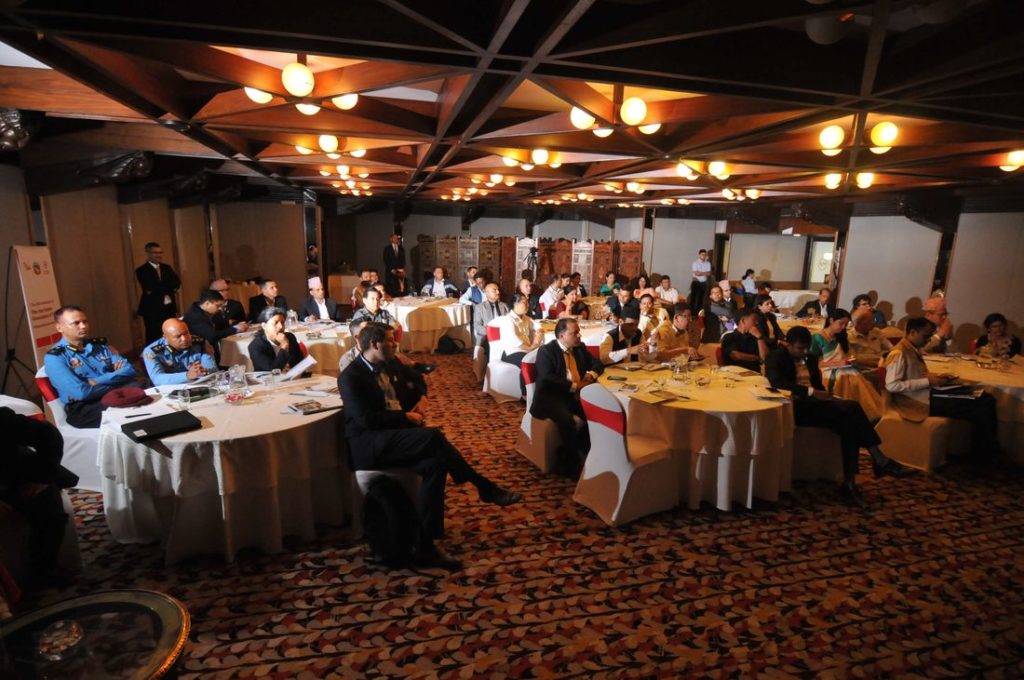 Participants at the event to mark the 70th anniversary of the four Geneva Conventions of 1949. ©ICRC, Bijay Rai

The other speakers included the ICRC’s regional legal adviser Ms Kristy Welch, member-secretary of the National IHL Committee of Nepal Mr Phanindra Gautam and Professor Ms Geeta Pathak Sangroula. They talked about the significance and relevance of the Geneva Conventions in the changed context. The speakers affirmed the four Geneva Conventions continue to be relevant in reducing human suffering during situations of international and non-international armed conflicts.

Paquet highlighted the achievements of the Geneva Conventions and reiterated the need to respect these universally ratified Conventions as they are the expression of a global commitment in service of a common humanity. “We must act according to the fact that global challenges need global answers”, expressed Mr Paquet. “When it comes to wars, which too often have a global impact, it is important to ensure that States, members to the GCs, express their support for a complete acceptance and respect of IHL.”