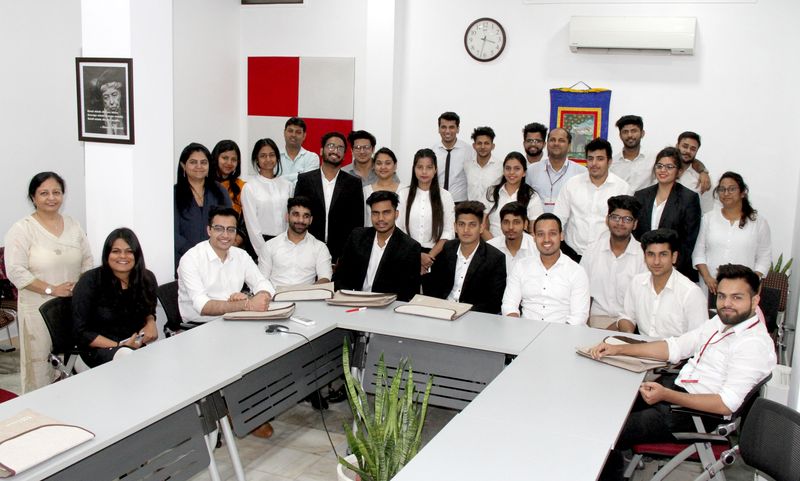 With a view to enhancing their knowledge and getting exposed to the world of the International Committee of the Red Cross (ICRC) and International Humanitarian Law (IHL) a group of students from JIMS Engineering Management Technical Campus School of Law (JEMTEC) visited the regional delegation. Covering a distance of more than 60 kilometers and accompanied by their professors the students who belonged to the VIII semester of the law school were enthusiastic and eager to learn.

The students were introduced to the historic aspects of the ICRC through the film The Story of an idea. Post that, Head of Communications, Deepti Soni provided valuable insights into the Movements’ structure, ICRC’s worldwide presence and its work globally and in India. She also encouraged them to take up volunteering opportunities with the Indian Red Cross Society (IRCS) and serve the humanity with their valuable contribution.

Supriya Rao, Legal Advisor at the ICRC presented on IHL to introduce this body of law to the students. It covered the historical development of IHL, the difference between Jus in Bello and Jus ad Bellum, conflict classification and the rules on the conduct of hostilities. A discussion on Geneva Convention III (GC III) and its protections for prisoners of war (PoWs) followed the presentation which was followed by showcasing of the Panorama.

The students and their faculty welcomed the interaction and were equally enthused during the Q&A session asking questions about GCs, Movement and application of IHL under various circumstances.

Post the session they all visited the Information and Resource Centre and browsed through the rich catalogue. 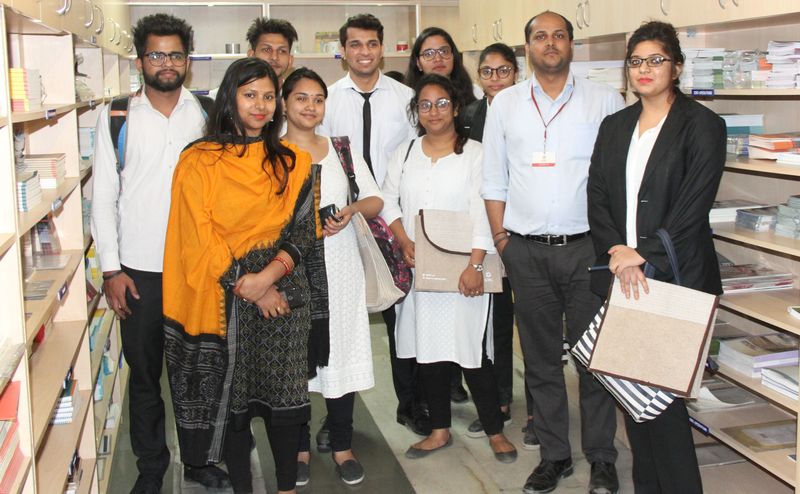 For the ICRC the partnership with academic institutions is important to boost understanding and respect for the IHL and the Red Cross Movement.