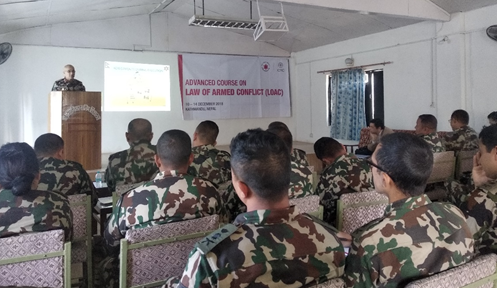 The International Committee of the Red Cross (ICRC) organised a five-day Advanced Course on Law of Armed Conflict (LoAC) in Kathmandu, Nepal 10-14 December 2018. The course for senior officers of the Nepalese Army was conducted in collaboration with the Directorate of Human Rights (DHR), Government of Nepal.

Speaking at the opening ceremony, Brigadier General Naresh Subba of the Nepalese Army said that peace time is the ideal time for the troops to learn the laws of war. Andre Paquet, Head of the ICRC mission in Kathmandu reinforced that the ICRC continues to promote International Humanitarian Law (IHL) amongst the security forces and authorities in Nepal. 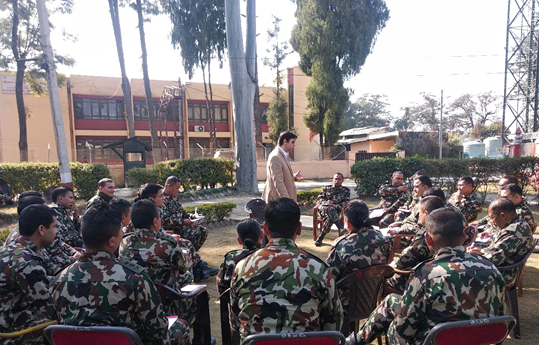 Participants busy themselves in a scenario-based exercise.

A total of 25 participants, many with diverse experiences at the national and international levels completed the course. The training involved both – presentations as well as scenario-based discussions. The discussions and exercises were on topics like – Armed Violence and Contemporary Legal Regimes on the Use of Force; Fundamental Principles: Distinction, Proportionality and Precautions; Military Objective and Definite Military Advantage; Individual and State Responsibility under IHL; Protection of Civilians; New Weapons and Cyber Warfare to name a few.

Konstantinos Mortopoulos, ICRC’s regional delegate for the armed and security forces, led the course while the Nepalese Army delivered other sessions. 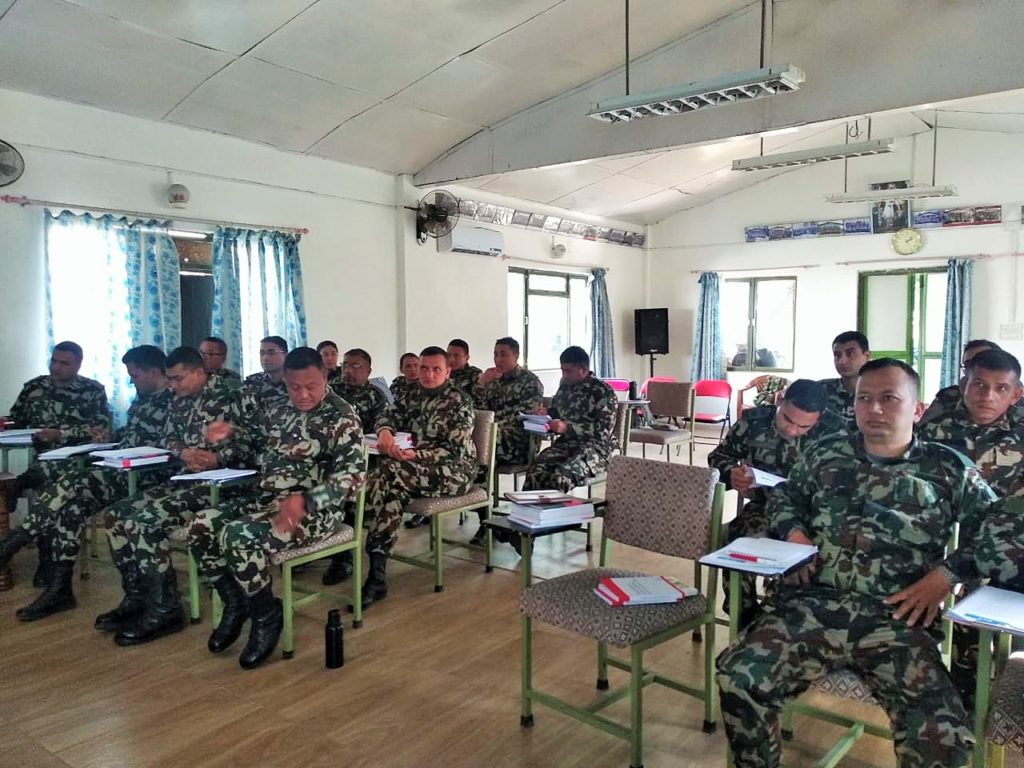 Officers from the Nepalese Army, many with a diverse experience at the national and international levels completed the course.

The participants were awarded certificates upon successful completion of the course at the closing ceremony. Speaking on the occassion, Brigadier General Rajeshwor Bhattarai, Director DHR, Nepalese Army, congratulated the participants and urged them to share the learning amongst their peers.