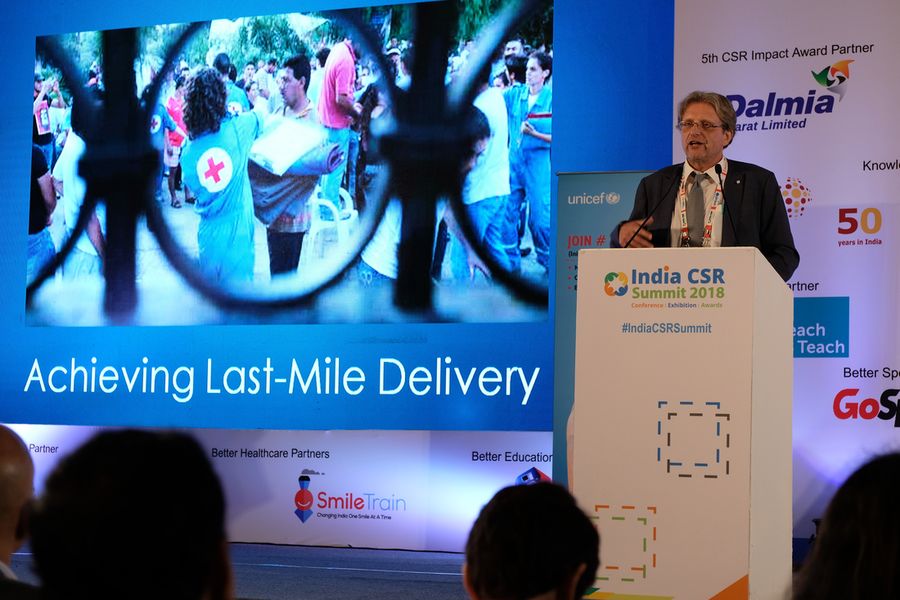 Yves Heller, deputy head of the ICRC New Delhi regional delegation, presented the keynote address at the CEO forum and underlined how building lasting relations with partners helps find sustainable solutions for the humanitarian challenges today. ICRC New Delhi Regional Delegation was a Knowledge Partner for the Summit. The plenary session that followed had eminent personalities from Philips Foundation, State Bank of India Foundation, Arvind Ltd and Essilor International sharing their perspectives. Heller highlighted the fact that the creation of the ICRC and the Geneva Conventions was a result of the shared vision of a group of entrepreneurs in Geneva, Switzerland. It was Henry Dunant, a Swiss businessman, who happened to witness the battle of Solferino in 1859 and what struck Dunant was not the battle itself, but the total lack of medical services for the injured soldiers. Dunant founded the ICRC, worked with partners and States that eventually culminated in the development of the Geneva Conventions. 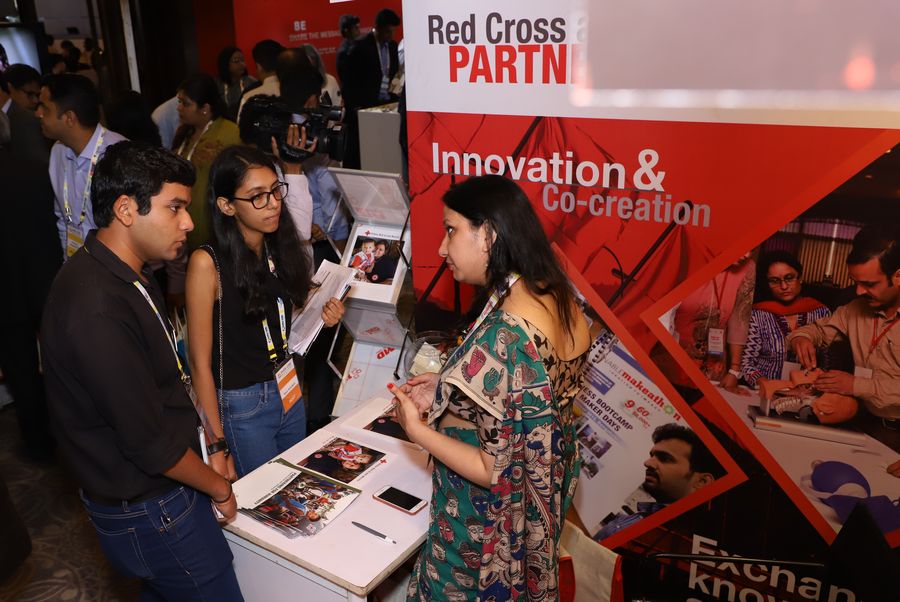 Visitors at the booth gathering more information about the humanitarian response carried out by the Red Cross Movement.

Echoing the thought of partnering for humanity and collective efforts in responding to any kind of emergencies, the ICRC throughout its history has been working with all stakeholders — governments, private sector, the armed forces and non-state armed groups. As conflict and violence impact the economy as a whole, restricting the movement of people and goods, disrupting markets and access to basic services, there is a dire need today for companies also to expand their horizon and work with multiple stakeholders in order to scale their capacity and to build more acceptance. The ICRC via this platform wished to engage with like-minded companies which share common humanitarian principles.

It was an apt platform to showcase the Red Cross Movement — the biggest humanitarian network with presence in more than 190 countries. A dedicated Red Cross Movement booth showcasing its history of more than 150 years became an attraction for many visitors. While most had a general understanding of Red Cross work, including blood donation camps and health camps during disasters or emergencies, they were inquisitve about the wide range of activities carried out by the ICRC, IFRC and National Societies. Visitors also took part in an on-the-spot quiz competition which included questions related to the Red Cross and its activities across the world.