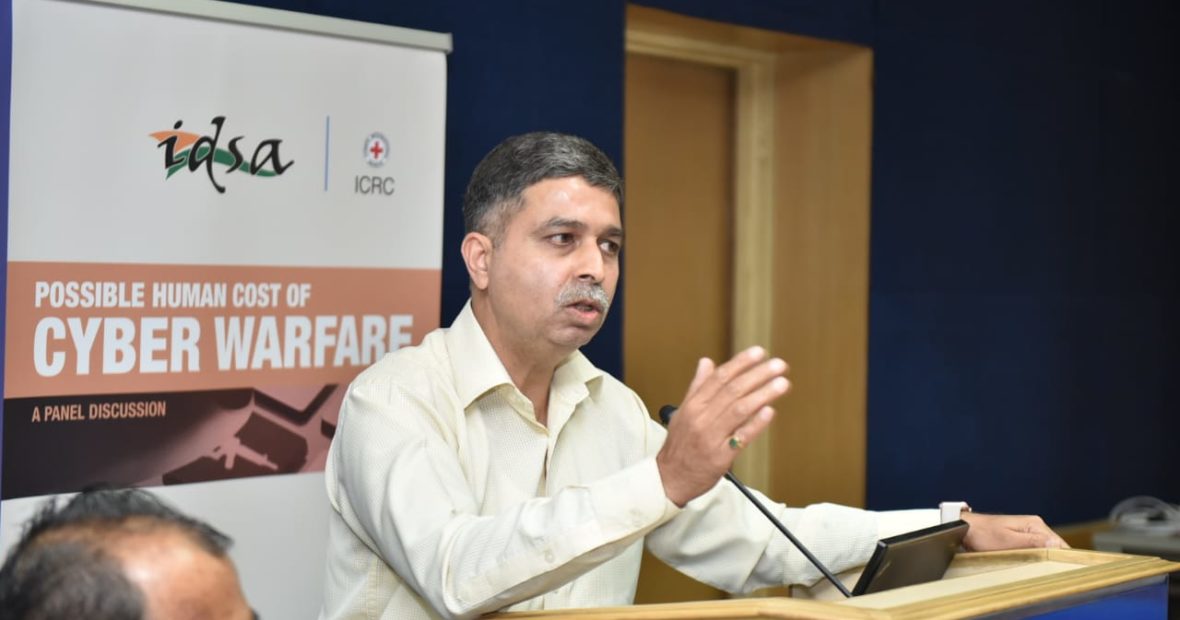 The ICRC and the Institute for Defence Studies and Analyses (IDSA) jointly organised a panel discussion on 11 September 2018 in New Delhi with the objective to provide an understanding of the human ramifications of cyber warfare.

The panel addressed the theme ‘Human Cost of Cyber Warfare’ where lawyers and technical experts came together and deliberated on the application of international humanitarian law (IHL) under the gaze of computer network attacks. There are no specific mentions of cyber warfare or computer network attacks in the Geneva Conventions or their Additional Protocols. However, the principles and rules in these treaties governing the means and methods of warfare are not restricted to situations that only existed at the time of their adoption. IHL clearly anticipated advances in weapons’ technology and the development of new means and methods of waging war. Since the idea of cyber warfare or computer network attack in armed conflict is very new, the discussions tried to look at what kind of hostile cyber operations amount to ‘attacks’ within the meaning of IHL. 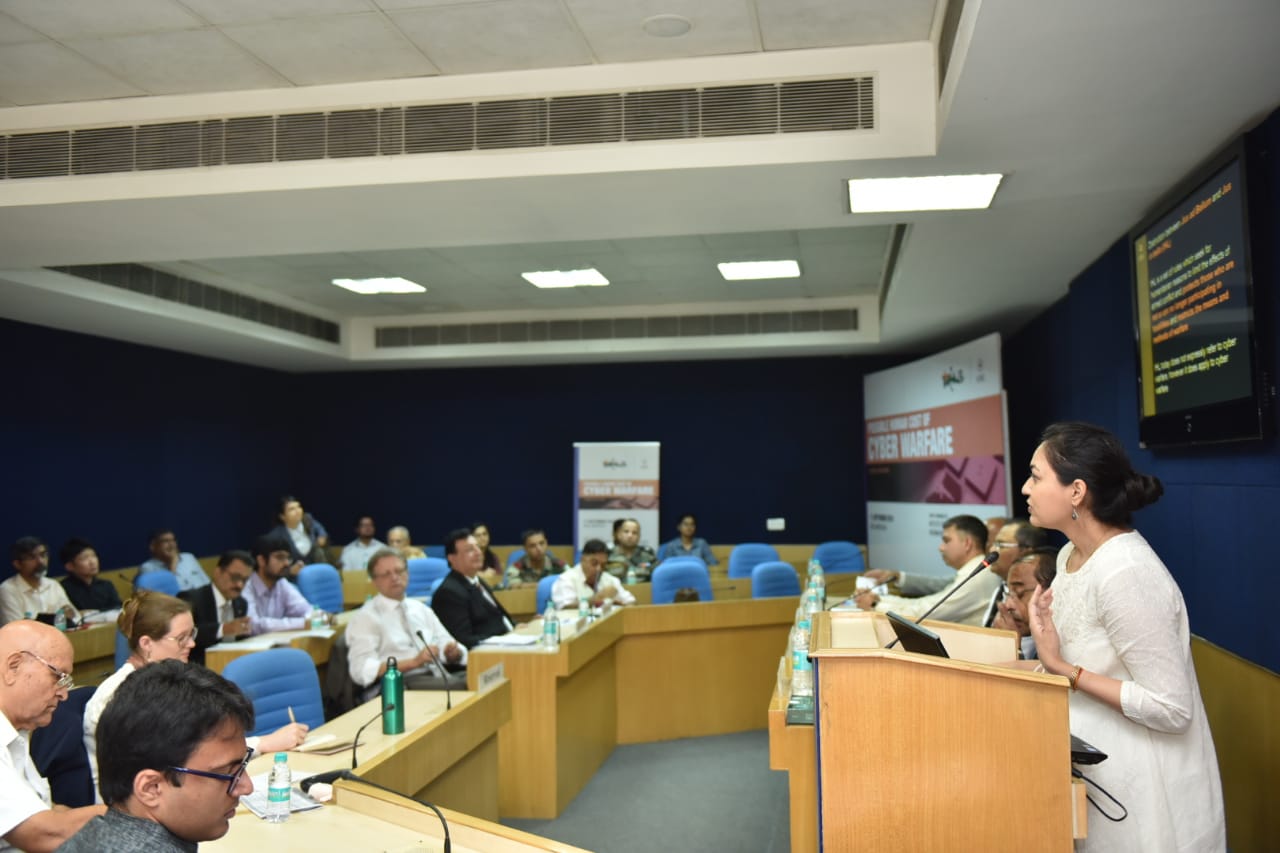 Supriya Rao, legal adviser, ICRC cited some examples of recent alleged cyber operations and explained that the military potential of cyberspace is just beginning to be explored. If such cyber operations are undertaken during armed conflict, it could have wide-reaching humanitarian consequences on civilian population in the form of cyber-attacks against transportation systems, electricity networks, dams, and chemical or nuclear plants. She stated that we cannot afford to wait to prevent these scenarios and practical steps need to be taken based on the limits that IHL already imposes.

Brigadier Ashish Chhibbar, senior fellow at the IDSA, spoke on ‘Cyber Operations during Armed Conflict: Current Military Doctrines and Future Developments’. He said, “Cyberspace is the new action zone; psychological warfare and deception campaigns are taking place in this domain and advance cyberspace technologies are the new strategic weapons.”

The other topics of discussion included “Evolution and Future Outlook of Cyber-Attacks Directed against Essential Services and Infrastructure” by Dr Manmohan Chaturvedi of the Indian Institute of Technology and “Cyber Operations, Attacks and Warfare; Meaning and Scope” by Dr Umesh Kadam of the ICRC. The post session interactions revolved around the possibility of spill overs of cyber-attacks onto civilian infrastructures when hospitals are close to military installations and the future of precision-guided warfare as well as the need for cyber warfare laws before the onset of major catastrophes.