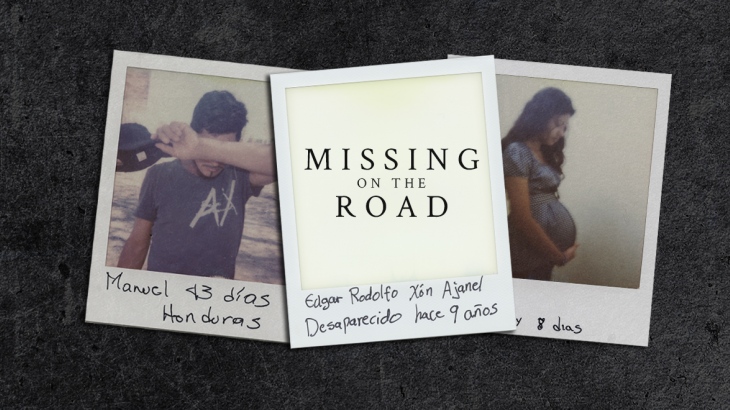 The International Committee of the Red Cross (ICRC) today launches a new website – missingmigrants.icrc.org – calling global attention to the human stories behind the humanitarian tragedies of those who go missing along migration routes.

The website is part of a concerted effort by the ICRC to draw attention to this overlooked humanitarian tragedy. Whether in the Maghreb, the Mediterranean, or Central America, or as a result of migration, violence or conflict, those who go missing leave behind families, memories, and lives. This is an issue that deserves greater attention and response around the world.

Through an innovative mix of polaroid photographs, video footage and handwritten messages gathered in collaboration with migrants and their families in Honduras, Guatemala and Mexico, the website gives a face and voice to a complex global phenomenon and calls attention to the pain and suffering of the families of missing migrants.

Today, more people are forcibly displaced than at any point since the end of the Second World War. Last year it is estimated that 65.6 million people, or one in every 120, were forced from home, escaping violence or vulnerability.

Speaking in Geneva, Frederique Desgrais, the head of ICRC’s Missing Persons Unit said, “This is a global phenomenon that has a very personal impact. The pain felt by the families of migrants who go missing, is also felt by those whose loved ones go missing as a result of armed conflict or violence. Finding out the fate of missing people is a humanitarian act.”

As the testimonies on Missing Migrants make clear, the pain of a missing loved one lasts for years. “Every night I pleaded for the same thing,” says Clementina Mursa speaking in a video testimony on the website. “Reveal my son to me. If he is dead, reveal him to me dead, if he is alive, reveal him to me alive.” Two of Clementina’s sons have been missing for over ten years.

In addition to the emotional turmoil, missing migrants’ families can also face multiple practical challenges that put their daily life on hold.

Preventing migrants from going missing and finding them if they do is a humanitarian act and a global challenge. Yet data collection and coordination remains a major challenge.

That is why ICRC globally is calling for a new set of professional standards to better serve the missing and their families. This means acting early, collecting better data, sharing information and coordinating systems.

Further information is available in the Missing Migrants Policy Paper (2017).