Massive humanitarian needs stemming from conflicts around the world have forced 65 million people worldwide to flee their homes — the highest figure on record. That the ICRC’s budget has grown by more than 50% in the last five years is a reflection of the worsening situation. In its appeal to fund field operations in 2017, the ICRC has asked donors for 1.6 billion Swiss Francs (1.6 billion dollars/1.5 billion Euros) — which is 6% higher than last year’s initial budget. 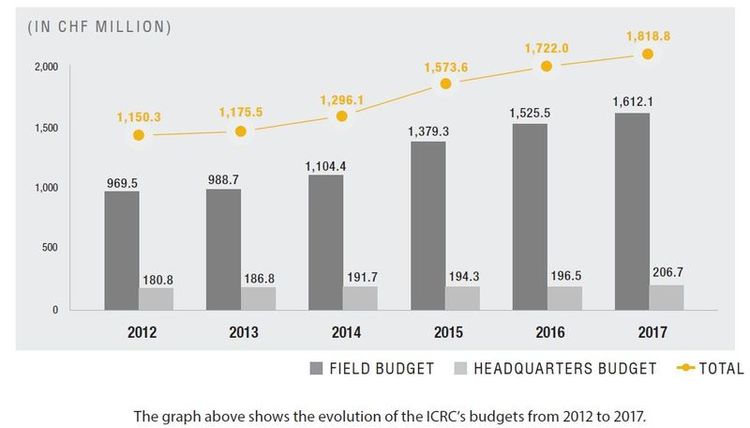 The objectives defined in the ICRC’s 2015-2018 institutional strategy include growing our healthcare activities significantly, responding more and better to the humanitarian needs of migrants and internally displaced persons, and addressing sexual violence, among other issues.

Halfway through the period covered by the strategy, we see that our analysis that the trends causing these needs would accelerate has been borne out, at an even greater scale than the humanitarian community could have imagined. One in 113 people on the planet have had to flee their homes. Sexual violence in conflict is as pervasive as ever. International humanitarian law is being violated in many theatres of conflict. We see hospitals bombed, clinics attacked, doctors and nurses killed.

Despite the growing challenges, the ICRC has managed to preserve the quality of its humanitarian programmes and to consistently demonstrate its ability to deliver on its objectives and plans of action. The ICRC is therefore calling for money to be distributed in a more predictable fashion, as multi-year funding packages, and free of strings tying its use to a specific country. This would allow the organisation to respond with emergency relief as well as to long-term needs in parallel.

A selection of photos from key operations on the ground in 2016 can be downloaded from the online AV archive.