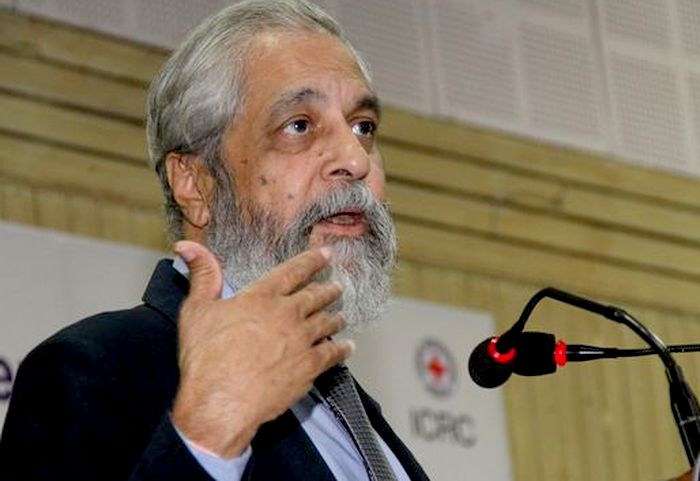 Affirming that global issues are impacting India now more than ever before, Honourable Justice Madan B Lokur has underscored the need for members of the legal fraternity to improve their knowledge of International Humanitarian Law (IHL).

Addressing law students, representatives from the judiciary, academia and the media at the inaugural session of the Henry Dunant Moot Court Competition in New Delhi, Honourable Justice Lokur emphasised that issues pertaining to international law have taken a front-row seat as far as India is concerned. “We are faced, across the world, with a very large number of conflicts, and issues pertaining to IHL are now being discussed very widely. Some issues arising today were not even thought of 15-20 years ago. So we need to be prepared,” he propounded.

Law students from universities across India are participating in the 16th edition of the Henry Dunant Moot Court Competition (National Round) organised by the ICRC and the Indian Society of International Law (ISIL).

Jeremy England, the Head of the ICRC’s regional delegation in New Delhi, also underlined the importance of IHL and encouraged the upcoming lawyers to defend and take forward international laws and standards. He said, “India has always been a significant country in international affairs. But she now has a much greater capacity, connection and ambition. And as an increasingly influential nation, India will be asked to lead on more of these issues.”

The Henry Dunant Moot Court Competition in India holds the distinction of being the largest in the field of international law. According to Dr E M S Natchiappan, President of the ISIL, “The competition draws the participation of law universities from across the country — with 51 teams taking part this year.”  Dr Natchiappan further added that with their keen interest in law, he encourages the participants to be citizens of not just the country, but of the globe.

A panel of 45 eminent persons from fields as diverse as judiciary, defence services, bureaucracy, law, and academia will judge the several rounds to be held over three days.

The winner of the national round will qualify for the South Asia regional round which will be held in Delhi later this year.

Below are photos from the inaugural session (@ICRC, Ashish Bhatia): 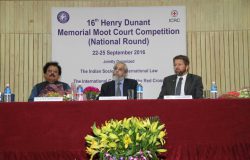 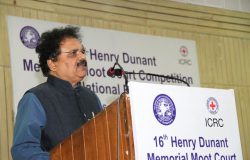 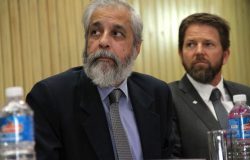 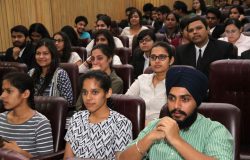 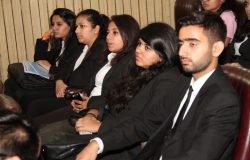 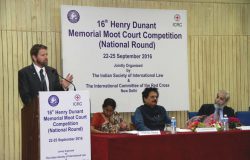 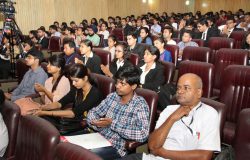