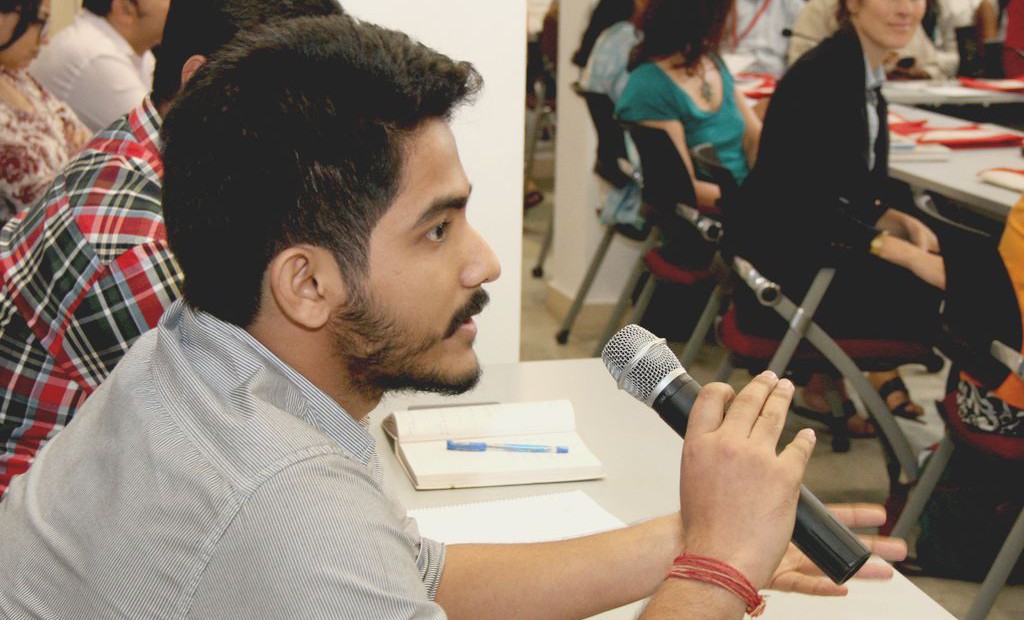 I clearly remember, it was on an unquiet Monday morning of August 2015 that I took the metro train to the New Delhi office of the International Committee of the Red Cross (ICRC). Unquiet, more to do with my own state of mind rather than the usual noise of the Delhi Metrorail. As a Conflict Studies student, I had ‘studied’ the ICRC and like almost all of my classmates, I too hoped for an opportunity to work with them. The opportunity of a communications and research internship at the ICRC came and I grabbed it like a hungry bear.

As the excitement settled down, I realized that barring a rich background in academic research, communications and non-academic research was a whole new world for me which meant that there was a lot to fumble with and learn. The initial six weeks of the internship were a whirlwind of research. I was told to carry out extensive research into the youth engagement initiatives of organizations in India and compile a list of the best practices. Although it was harder than I initially expected, I was overjoyed at the end of it as I found a better sense of direction career-wise because of it.

The other part of the research was to compile a best practices repository of the communication tools used by the top humanitarian organizations in the world. This meant that I had to read a lot on communication tools and how they work and then compile the best practices – less of a challenge, more of a treasure trove for me. Updating the media database of the ICRC was another task during this time and to be honest, that was least of my exciting tasks, more so because of the sheer number of calls I used to make to media corporations to know the who’s who. But then came the most exciting part as the next four weeks involved extensive communication work, from transcribing and rapporteuring during the Humanitarian Tiffin Talk to supporting the ICRC New Delhi team in the Asia Reporters’ Meet and also contributing to the newsletter. This was nothing short of a schooling for me as I got to learn through experience, some of the essential aspects of outreach, especially in the humanitarian context. The learning was not limited to the experience of working ‘behind the scenes’ at the conference, however. The highlight for me were the stimulating interactions with media professionals from across South and Southeast Asia that were as diverse as one could wish for.

My engagement with the ICRC finally ended in late October 2015. Of course I hated this obvious end more than those calls I made to the media groups because I got to learn something from the most boring part of the work too, however small it was. For a perennial learner like me, the ICRC was a ‘back to school’ experience for the most part, professionally as well as personally. The variety of work that I got to do and the amount of knowledge I acquired, all the while adding my own academic understanding of humanitarianism to it, is itself an achievement. I believe that the first sign of a worthwhile learning experience is an unquiet state of mind and that is exactly how I feel after completing my time as an intern at the ICRC.

Contributed by Jitendra Bisht who completed his eight week internship with the ICRC in October 2015.