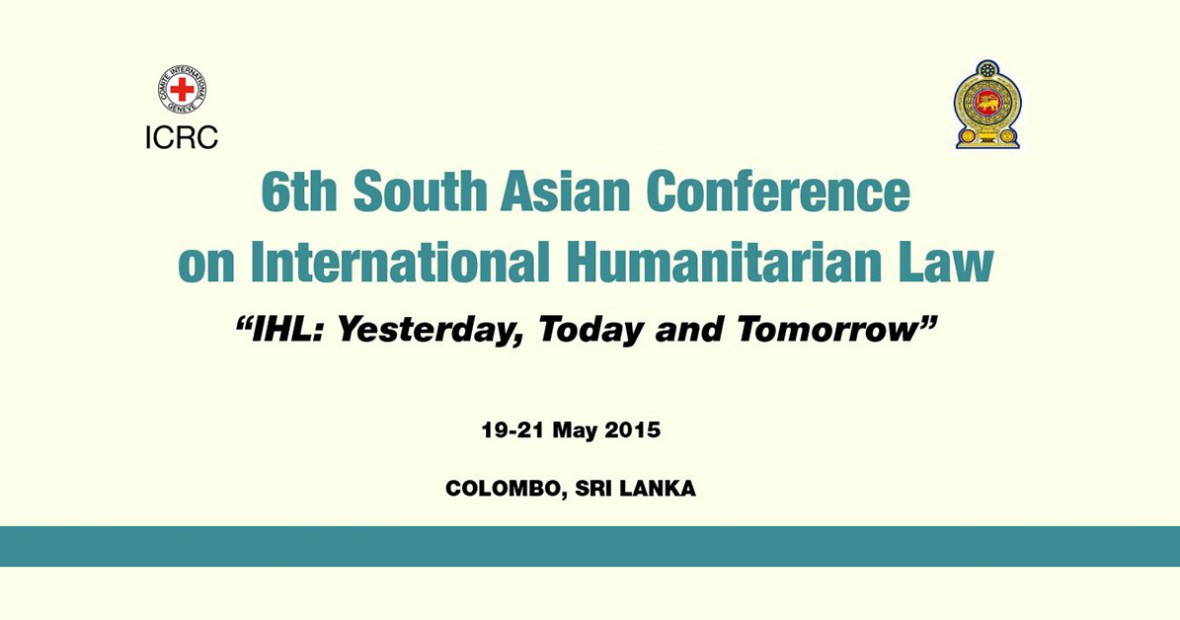 What do the laws of war or the laws of armed conflict mean? In which situations do these apply and to whom do these apply? These and many such questions are being currently discussed and deliberated upon at the Sixth South Asian Conference on International Humanitarian Law (IHL) underway at Hotel Kingsbury in Colombo, Sri Lanka between 19-21 May.

IHL has been a theme of discussion for state and non-state actors as much as academia, the legal fraternity and media. It is regularly revisited by experts especially in light of the changing nature of weapons and methods of warfare.

The International Committee of the Red Cross (ICRC) annually organises a regional conference in South Asia to discuss and analyse new dimensions and emerging issues with respect to IHL. The sixth edition — on the theme “IHL: Yesterday, Today and Tomorrow” — has been organized by the ICRC together with the Ministry of Foreign Affairs, Government of Sri Lanka.

The conference has brought together government officials and experts of IHL from South Asian countries and Iran with a view to sharing perspectives on IHL, working together to promote and bring about more awareness with respect to IHL. The event is being attended by senior government officials, members of the armed forces and police, academics and ICRC experts from the region. Apart from providing an opportunity to share regional expertise and academic perspectives on the status of IHL, the conference also allows them to engage in a deeper understanding of multinational forces and IHL and the steps taken to promote IHL in South Asia.

The meet will reflect on current challenges and opportunities in IHL. The sessions include a range of topics — IHL, Armed Conflict and Terrorism; IHL and Implications for Peacekeeping Operations; The Changing Frontline: Cyber Operations in Armed Conflict as well as Addressing the Issue of Missing Persons, among other important themes.