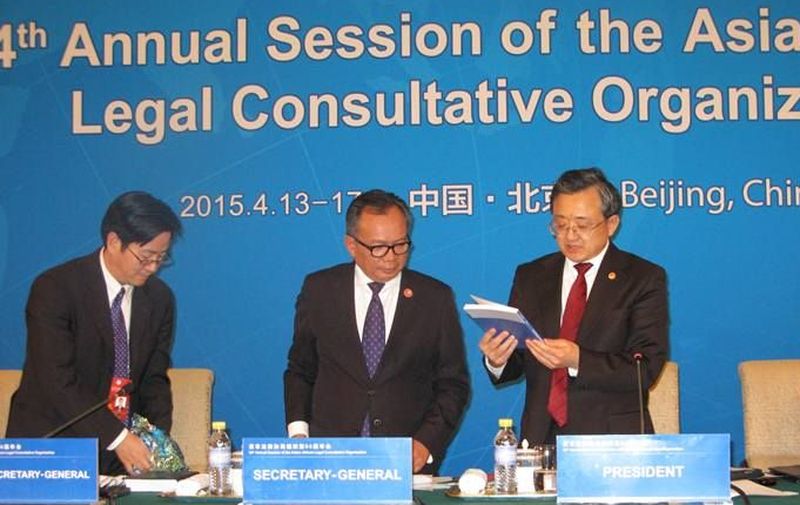 The Asian-African Legal Consultative Organization (AALCO) with the support of the International Committee of the Red Cross (ICRC) regional delegation for India, Bhutan and the Maldives has brought out a Special Edition of the AALCO Journal of International law featuring scholarly articles from South Asia and beyond that examine how International Humanitarian Law (IHL) relates to the conduct of cyber warfare. This issue of the journal was released at the recently-concluded 54th AALCO Annual Session held in Beijing, China from 13-17 April 2015.

This latest issue of AALCO Journal of International Law offers an understanding of how the existing norms of IHL apply, and whether there is a need for new rules or principles in order to comprehensively address cyber warfare and its potential human cost. 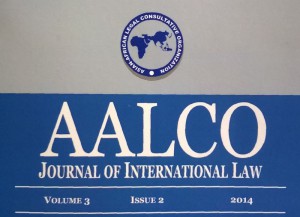 This issue addresses a wide variety of legal issues emanating from cyber operations in armed conflict.

There has been an evident shift in recent years in the attention given to the use of cyber networks to launch attacks and its related humanitarian consequences. The origins of cyber-attacks, which can be launched from anywhere in the world targeting anything linked with the internet, are difficult to identify.

Moreover, and of particular concern to the ICRC, is the fact that military systems are often dependent on, or inseparable from, civilian cyber infrastructure. Consequently, attacks against these systems have potentially far-reaching repercussions. Norms of IHL apply to cyber warfare. States are required to determine whether a new weapon, means or method of warfare would be prohibited by any rule of international law. Thus, IHL governs the use of any weapon, including those developed after the adoption of the norms of IHL.

At the same time, the application of IHL to cyber warfare raises many questions. In what way do we define a cyber-attack? How should responsibility for an attack be attributed? How can the international community ensure that the prohibition on indiscriminate attacks be enforced in relation to cyber warfare? In the context of increasing complexities relating to armed conflicts, these are only some of the important questions being debated.

Click here to see the journal contents and to place an order.