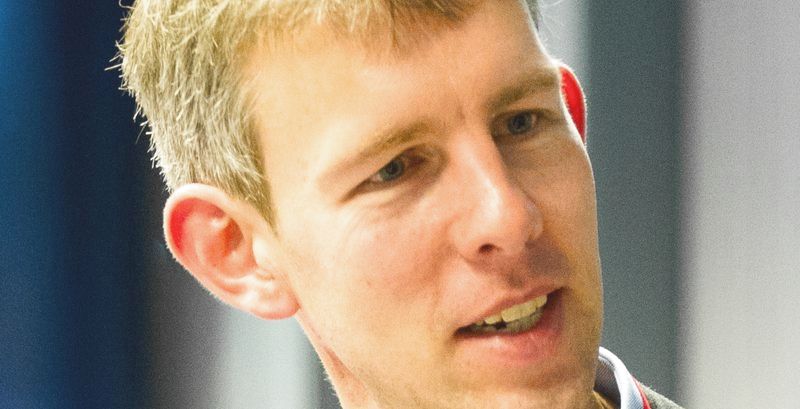 The International Federation of Red Cross and Red Crescent Societies (IFRC) actively participated at the recently-concluded World Conference on Disaster Risk Reduction in Sendai, Japan. IFRC representatives called for strengthening community resilience and engaged on wide-ranging issues to ensure greater commitment and investment to meet the needs of the vulnerable communities.

As the conference came to a close, ICRC New Delhi Blog interviewed Maarten van Aalst, Director, Red Cross Red Crescent Climate Centre, who was part of the IFRC delegation there.

What were your expectations from the third World Conference on Disaster Risk Reduction?

What have been the three most crucial outcomes from this forum in light of the operational contexts of IFRC?

The adoption of the Sendai Framework will help us engage on disaster risk reduction with governments and international organisations. The increased recognition of the disaster risk reduction agenda also creates a strong impetus for further attention for this topic in other negotiations in the coming period, such as the new Sustainable Development Goals and the climate negotiations later this year in Paris. Operationally, it was interesting to see the strong focus on early warning systems.

One of the working sessions was on ‘Enhancing community resilience and safety through integrated disaster preparedness and risk reduction’. From your own experience what are the barriers and opportunities?

One of the key barriers is that humanitarian financing is still strongly tilted towards response. It remains difficult to mobilize money for early action, even if we have credible scientific information that a disaster may be on its way. Through efforts such as “forecast-based financing” we are trying to bridge that gap. This requires better planning by national Red Cross and Red Crescent societies, better integration of scientific information into our work, and also changes in donor financing.

Tell us about the response to the ‘One Billion Coalition for Resilience’ – the IFRC’s collaborative initiative to strengthen community resilience. How does IFRC propose to build on this and form new partnerships with various stakeholders?

The One Billion coalition was very well received – people clearly appreciate the focus on partnerships, where the Red Cross Red Crescent does not attempt to address all problems on its own, but rather acts as a convener. The coalition will be further developed over the coming months and formally launched at the international conference later this year.

In the present context of rising disaster fatalities as a consequence of global factors such as climate change, urbanization, and shrinking natural resources, what kind of specific local solutions could prove useful to manage and overcome the situation?

The key for the coming years will be to link global to local. Global problems such as climate change are indeed adding significantly to the risk we face. But they still materialize at the local level and we need to understand local realities to find the right solutions to reduce vulnerability. This requires an understanding of all the local factors that drive risk – from livelihoods and the role of ecosystems, to the dynamics within local communities, especially in rapidly changing contexts such as growing urban areas.

We need to ensure that such local information finds its way back into national policies and in the end even the global negotiations on problems such as climate change. Some global challenges require global solutions such as ambitious targets on reducing greenhouse gas emissions. Many others primarily require stronger awareness and policy changes at the national and local level, including investment in local resilience building.

For the next 10 years, what according to you will be the key focus areas for improving disaster management systems in developing countries like India?

We’ll need to get better at managing changing risks. We have made great progress on early warning systems, as we saw after the recent cyclone in Orissa. But we can still do much better, especially by empowering local communities to better manage their own risks. Not only by even better early warning systems, but also by more structural measures and by holding policy makers accountable for better risk management.

This also includes the role of ecosystems. Their degradation can add to disaster risk, but better management can also be part of the solution – for instance, in the case of flood risk in major river basins. And we need to acknowledge that some disasters that we traditionally have not focused on are becoming worse and worse. Heat waves are a key example, and that risk is rising rapidly due to global warming, often combined with air pollution in urban areas.