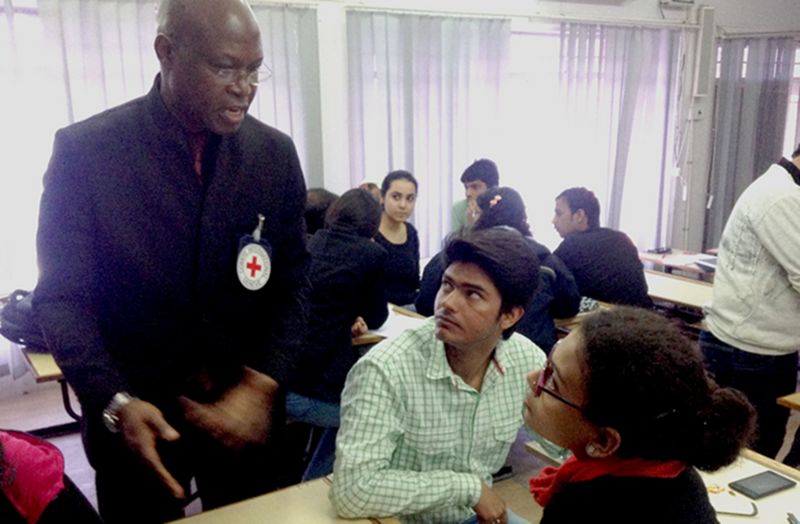 Students of journalism at the Indian Institute of Mass Communication, New Delhi, turned out in a large number on 13 February to participate in an interactive session on Reporting Armed Conflict and Other Situations of Violence organized by the ICRC at their institute. The module was preceded by a presentation on basic International Humanitarian Law (IHL), which, as could be seen in the course of the session, was of great interest for these young audience, as many of them aspire to cover and report on armed conflict as part of their career as working journalists in future. They were eager to know more about the varying nature of armed conflicts, which scenarios IHL would be applicable to, and the persons, objects and locations protected under the law. 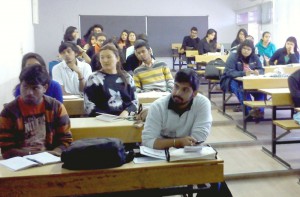 Students also learned about the protections journalists get under the 4th Geneva Convention. ©ICRC, Tanvi

The students got a historical perspective, which detailed the origin of the Geneva Conventions and reasons adduced for its codification. Not only that, they were also apprised of the rationale behind the distinctive emblems which identify and protect certain persons and objects — all illuminated with examples. The dissemination was done through a lecture and visual presentation, as well as through classroom exercise and discussion. The ICRC team — Adebayo Olowo-Ake and Surinder Oberoi — informed students about the various aspects of IHL and explained the need to understand it in the current global context.

Some of the other topics covered in the course of the interactive session included the introduction to basic notions on international human rights law (applicable when reporting Other Situations of Violence), and the new and changing means and methods of warfare. The students also learned about the evolution of the ICRC and the nature and scope of its humanitarian activities across the world.

The workshop was especially enriching for the participants as they learned about the protections journalists enjoy under the 4th Geneva Convention, appropriate professional identification and documentation for journalists engaged on dangerous professional missions, the assistance the ICRC can provide to them while on such assignments, and  what they must keep in mind for their own safety while reporting in and on situations of armed conflict.

‘The basic rules and principles of IHL’