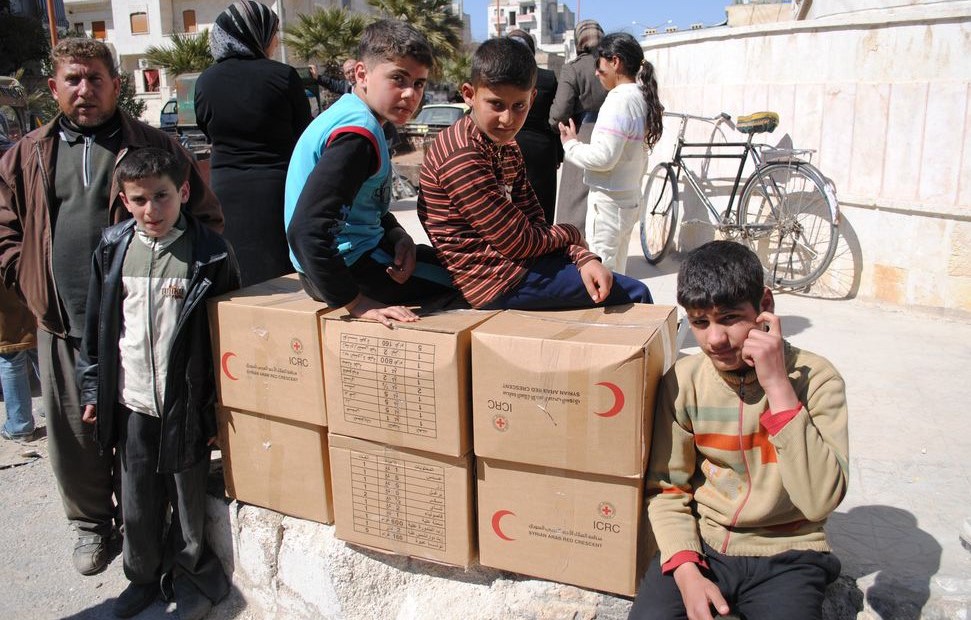 Food, blankets and mattresses are distributed to thousands of displaced persons and residents. ©ICRC, M. Al-Zuabi

Fifteen million people in rural and urban areas of Syria have had continued access to potable water through the work of local water authorities supported by the International Committee of the Red Cross (ICRC) and the Syrian Arab Red Crescent (SARC), despite the extremely poor security situation in the country. Additionally, 500,000 vulnerable individuals are provided with food and household essentials on a monthly basis across the country—more than at any time since the conflict in the country began nearly four years ago.

Current estimates suggest that almost a third of the country’s pre-war population of 22 million people is living in besieged areas or has sought refuge elsewhere in the country. More than three million other Syrians have fled to neighbouring countries or gone well beyond these. In its determined attempt to reach more vulnerable populations, the ICRC engages in frank and open discussions with the authorities and other parties to the conflict on a regular basis in order to obtain security guarantees for the safe delivery of humanitarian aid. The fear among many is that with no end to the current crisis in sight, the extreme hardship endured by millions of ordinary people in Syria and throughout the region might get worse in 2015.

Indeed, the precarious conditions in the country have resulted, rather tragically, in the death of 40 SARC and 7 Palestine Red Crescent Society (PRCS) volunteers in the course of duty since the beginning of the conflict. Three ICRC staff members who were kidnapped in 2013 are also still being held by their captors. 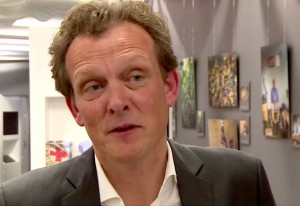 Boris Michel, the outgoing head of the ICRC delegation in Syria. ©ICRC

“We welcome the fact that the SARC and ICRC have better access to those in need, including across front lines,” said Boris Michel, the outgoing head of the ICRC delegation in Syria. But although access to the worst-affected areas had improved, the positive impact has been outweighed by the stupendous magnitude of people’s needs: “We must be allowed to do much more. Civilians and others taking no part in the fighting are entitled to essential supplies and services, such as health care and water, at all times. The wounded and sick must be granted safe and timely access to medical care – it’s often a matter of life or death for those injured in the fighting or who are chronically ill.”

With a 300-strong staff strength, the ICRC is active in Damascus, Tartous and Aleppo and has plans to open additional offices in the north and south of the country in the current year with a view to providing for the needs of vulnerable communities and individuals in hard-to-access areas and across front lines in a more effective way.

The humanitarian work of the ICRC is founded on the principles of neutrality, independence and impartiality and these constitute the basis for building trust with all sides as well as for ensuring that its presence is accepted in those places where it is most needed. It is therefore important, as emphasized by Mr. Michel, that the ICRC “be allowed to do more to relieve people’s suffering and meet their growing needs in the coming months.”