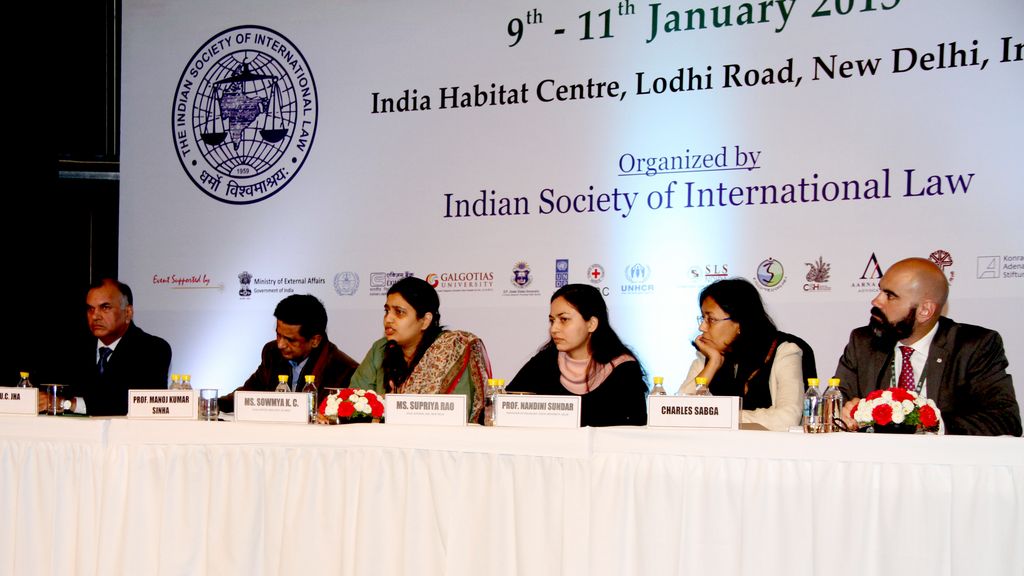 A cross section of panelists at the session on ‘Contemporary issues in International Law’ held recently as part of the World Congress on International Law programme and at which the Charles Sabga, Legal Adviser, ICRC Geneva gave a presentation. It was organised by the Indian Society of International Law. ©ICRC, A Bhatia 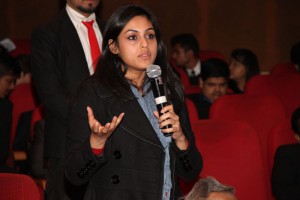 A student poses a question to the panelists at the session. ©ICRC, A Bhatia

The ICRC panel discussion was attended by more than 40 representatives from non-governmental bodies comprising academia, lawyers, diplomats, parliamentarians, policymakers and members of the judiciary from different countries.

Prof. Nandini Sundar, one of the panelists and a Professor of Sociology from Delhi University, set the tone of the discussions by discussing the impact of armed conflict on children. She touched upon issues of direct attacks on children, their recruitment during armed conflicts and the attacks on education through the use of schools by belligerents. Prof Sundar highlighted that despite progress on the normative front and ratification of legal standards, there is a gap between the law and its application which is especially evident where States resist the application of the law by rejecting the existence of an armed conflict situation.

In another presentation, Dr. Manoj Kumar Sinha, Director, Indian Law Institute, provided insights into how, according to common article 1 of the Geneva Conventions, States are responsible for ensuring respect for IHL under all circumstances. He also touched upon the critical subject of enforcement of the obligations when there is non-recognition of the existence of an armed conflict situation by states and if non recognition itself is enough to absolve a state of its treaty obligations. 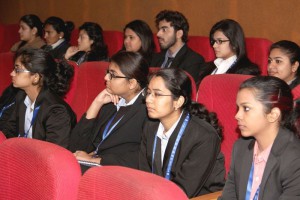 A cross section of audience at the session. ©ICRC, A Bhatia

With regards to how, during the last century, technology has greatly influenced the way wars are fought and laws implemented, Wing Commader U.C Jha, gave a presentation on drones and their impact on the civilian population. He highlighted how the rules on conduct of hostilities, and the principles of proportion, distinction and precautions in attack also apply to the use of drones. Sharing his understanding of the subject, he also emphasized that how precision in targeting has been a challenge in the use of drones, resulting into heavy loss of civilian lives. In his presentation, Chares Sabga, Legal Advisor, ICRC Geneva, spoke at length on the ICRC’s perspectives on the protection of civilians.

The discussions were followed by a question and answer session that further drew attention to issues relating to challenges that arise from the protection of civilians during armed conflict. Chaired by Supriya Rao, Legal Advisor, ICRC, New Delhi, and co-chaired by K. C.  Sowmya Legal Officer, Ministry of External Affairs of India, the session was concluded with an affirmation that much more needs to be done to make the protection of civilians in armed conflict or situations of violence a meaningful reality and perhaps this reaffirms, rather than weakens the importance of IHL.