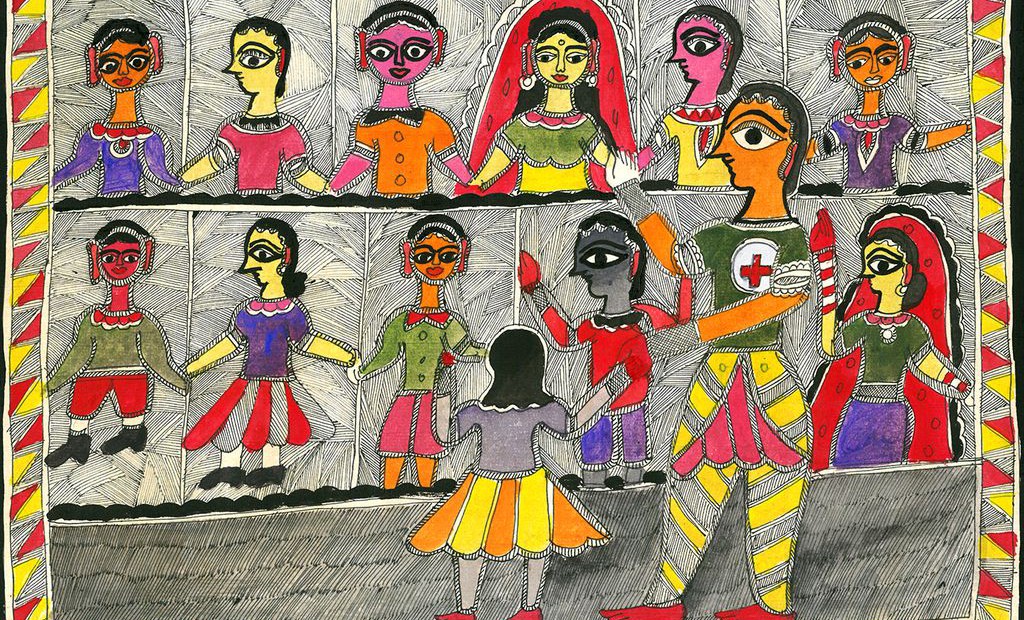 In November 2013, a Syrian father in Turkey recognized the face of his daughter on the ICRC’s familylinks website. She was living as a refugee in Germany and they had lost contact while escaping the fighting near Damascus. The Family Links Poster project of the ICRC and several European National Societies, which involves the publication on posters and the internet of pictures of family members searching for missing migrants in Europe helped establish this contact.

United Nations Secretary-General, Ban Ki-Moon’s quote “There are 232 million people living outside their country of birth, including myself” very aptly explains the reality of migration today. Every year thousands of individuals and families embark on perilous journeys in search of a brighter tomorrow, risking violence, arrests and detention and other innumerable ordeals. While some are fleeing what was once a safe home due to conflict or persecution, others are stateless, trafficked or separated; many others leave simply in search of better economic perspectives – their modes of transport even more precarious ranging from unsafe boats, claustrophobic containers or cramped lorries. Accidents are frequent and disappearances recurrent. The perilous journey aside, migrants face hardships both in countries they transit through and those that are their final destination as they may face arrest and deportation. With identification papers lost or destroyed during the journey, the lack of proper documentation means there is no possibility of return. For many others that return, even if possible, is not an option in the face of possible persecution. In addition, enforcement of stricter border controls imply heightened vulnerabilities of migrant in situations that are often desperate, driving them to take on bigger risks in a bid to circumvent official immigration channels. All these situations can lead to the loss of links between families and loved ones with detention, sometimes, lasting years.

Back home families spend, anxious hours, days, weeks, months and even years hoping and waiting for their safe return. While some may return, many remain untraced. Tragic as it is families often receive the news of the loss of a loved one with tremendous courage, as the uncertainty of not knowing for years and even decades can be far more devastating. The ambiguity about the fate of a relative continues to be a harsh reality for innumerable people even today. In fact, in not knowing whether relatives are alive or dead, families and communities are unable to put the violence of the past behind them; and even decades later, these wounds continue to harm the very fabric of society and undermine relationships between groups, hindering any form of reconciliation or rehabilitation.

The International Committee of the Red Cross (ICRC) believes that having already suffered many hardships on perilous journeys, migrants should not be subjected to administrative detention except as a measure of last resort, and States should provide alternatives.

Globally, the ICRC focuses much of its efforts on bettering the life for migrants in detention by conducting regular visits to immigration detention centres in many countries, working with the authorities to improve detainee treatment and conditions and respect for due process of law. While initially, this was in cases where migrants were held along with other detainees already visited by the organization, they are a specific target group now.

The ICRC also helps restore contact between detainees and their family members, and is looking at ways to provide further assistance to vulnerable migrants, especially unaccompanied or separated children. This is especially important in the case of migrants who might not otherwise have contact with their families or consular authorities. The ICRC believes that minors, in particular those who are unaccompanied, are more vulnerable and their development needs cannot be met in places of detention. For them, other measures should be adopted, such as placement in open shelters where they can receive support and assistance, and have access to education. In addition, the ICRC supports the efforts of many National Societies around the world in this regard.

Criminalization of irregular entry or stay may further stigmatize migrants as a group, hinder detained migrants’ access to specialized services, and prevent them from finding the specialized support many of them may need following previous exposure to violence and abuse. Besides, such detention also has a negative impact on both the judicial system and the penitentiary system which is often overloaded and overcrowded. The ICRC, thus, encourages States to treat irregular migration as an administrative infraction rather than a crime.

The very act of crossing a border means that migration is essentially a regional phenomenon and thereby requires a collective and shared response. The ICRC strives to maintain a constructive dialogue with the authorities concerned with a view to bringing about any necessary improvements. Ultimately, any framework of cooperation between countries and governments or other relevant stakeholders should ensure that persons on the move are treated humanely under all circumstances.

ICRC News Release : Detention not a solution for migrants