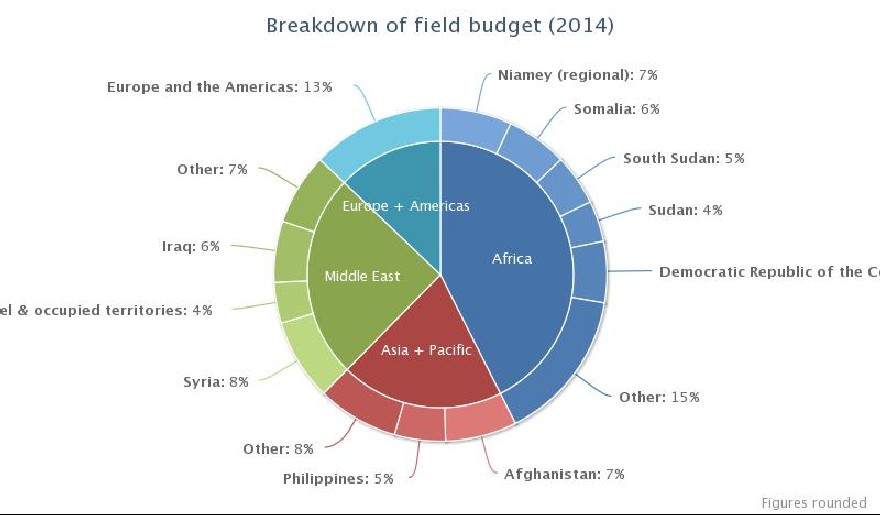 Every single day, in over 80 countries worldwide, more than 11,500 ICRC field staff are making a difference to people facing the consequences of conflict and violence. An independent and neutral organization, the ICRC is financed mainly by donations from governments, national Red Cross and Red Crescent societies, supranational organizations (such as the European Commission), regional organisations, municipal authorities, the private sector and members of the public. All funding is voluntary.

The ICRC’s activities are based on assessments done by teams on the ground of the needs of people in its operations worldwide. Donors contribute according to these needs and have the opportunity to specify which country or programme they want to support when making a donation; however, we cannot accept donations for a specific school, village, project, group of individuals or a specific area in a country.

At the end of each year, the ICRC launches two budget appeals to cover its activities in the field and at the headquarters during the coming year. Apart from this, annual emergency appeals alert donors to the suffering of millions of people and show what we are doing to help these people, build their resilience and prevent further violations of their rights.

Yesterday (23 September), in order to respond to the immense needs in Israel and the occupied Palestinian territory, the ICRC is increasing its initial budget by almost 70 per cent, bringing it to a total of 73.3 million Swiss francs (approximately 80.2 million US dollars). “After 52 days of conflict, the Gaza Strip is a shambles,” said Robert Mardini, the head of operations for the Near and Middle East at the ICRC, who just completed a mission to Israel and the occupied Palestinian territory. Read the news release and help the victims of the Gaza conflict.

The ICRC does not wait to receive funds before it responds to urgent needs in the field, and counts on the goodwill of its contributors to provide the funds as quickly as possible. The ICRC’s annual budget in recent years has been in the region of one billion Swiss francs (USD, EUR…). The ICRC accounts for its funding and expenditure in its annual report, which is available to the public. In 2014, the ICRC’s budget increased to CHF 1,104.4 million, a realistic figure considering 2013 expenditure and implementation levels, in particular for Syria, the CAR and the DRC. 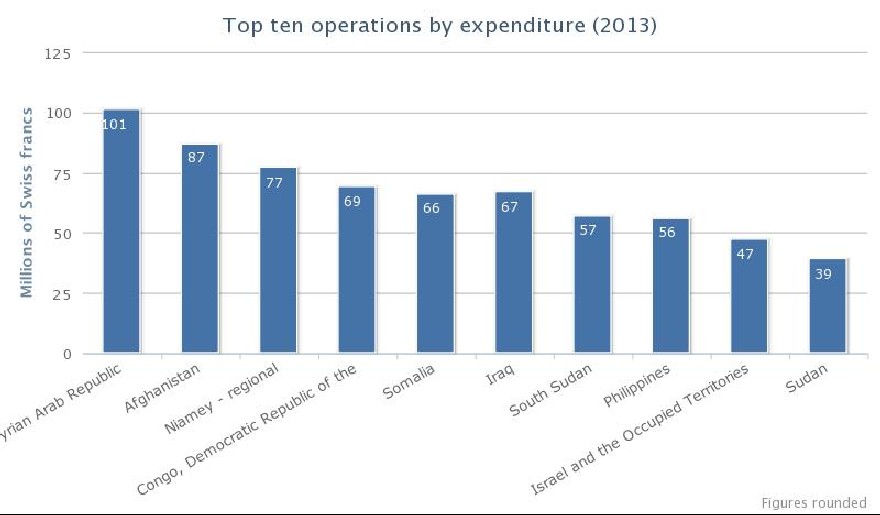 Since its inception in 1863, the ICRC traditionally dealt with States. After World War II, there was a rise in non-international armed conflicts (civil wars) and internal violence. Consequently, in line with its role as a neutral, impartial humanitarian actor which is in dialogue with all parties in situations of armed conflict, the ICRC started engaging with non-state bodies such as armed groups and other actors like NGOs.

Yves Daccord, the ICRC’s director-general, said because of the global economic crisis, whose effects are still being felt by some of the ICRC’s traditional donors, the organization is operating in an unpredictable funding environment while its operations are only expanding. “Since 2010, the ICRC has had to step up its humanitarian activities and its scope of action to address the most pressing needs of vulnerable men, women and children caught up in new situations of violence… The world economic crisis has put an additional strain on the budgets of some of the ICRC’s main donors. In other words, there might be less funding available than in previous years for humanitarian work in general… More than 90% of the ICRC’s budget is covered by States party to the Geneva Conventions.”

Here’s a break-up of our funding sources for 2013. 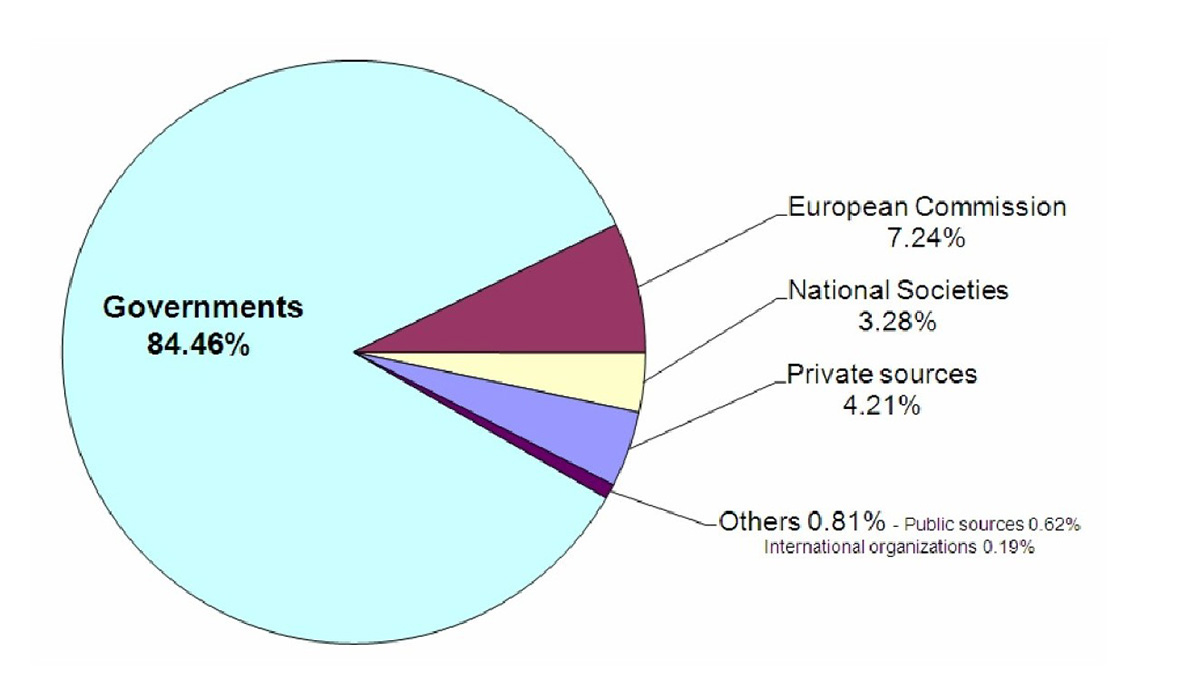 Given the scenario, the ICRC recognizes the fact that the expertise and financial capacity of the private sector can help us achieve our humanitarian objectives. However, as a matter of principle, a partnership must strengthen — and in no way undermine — the capacity of the organization to carry out its activities worldwide in accordance with its specific mandate and the principles of the International Red Cross and Red Crescent Movement.

Individuals, too, donate money to the ICRC. Bayern Munich captain Philipp Lahm donated 100,000 euros on behalf of the Union of European Football Associations (UEFA) to the physical rehabilitation programme of the ICRC in Afghanistan. Last year, Real Madrid star forward Cristiano Ronaldo donated 100,000 euro for the same; this was his fifth consecutive donation.

Apart from this, each year, the ICRC launches appeals to cover its projected costs in the field and at the headquarters. In the 2014 Emergency Appeals, for instance, the ICRC alerted its donors to six of its currently underfunded operations in protracted and lesser-known conflicts. The ICRC is asking for 1.29 billion Swiss francs to cover its operations in 2014. Here’s an interactive worldmap on the 2014 appeals.

Click here for the latest overview of the ICRC’s financial and funding information, which quantitatively outlines all budgetary contributions for 2013.

Be part of our future