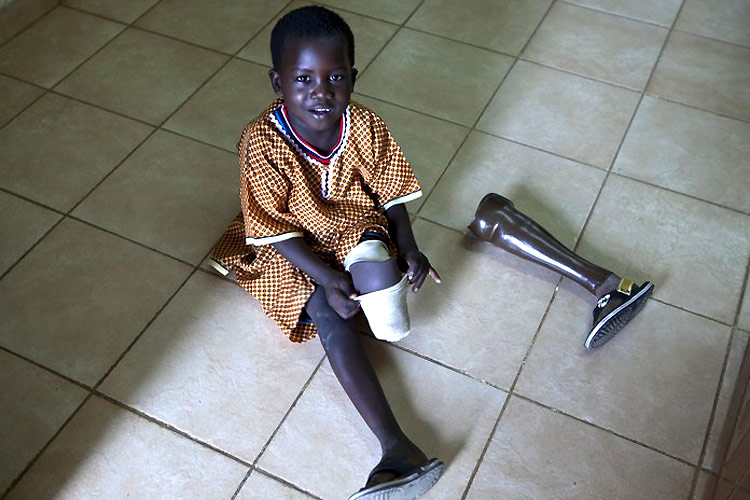 In the Maputo Declaration, States Parties acknowledged the remarkable accomplishments in mine clearance, stockpile destruction and victim assistance since the Convention came into force, but said “more needs to be done"

Fifteen years after the Anti-Personnel Mine Ban Convention became binding under international law, anti-personnel mines continue to exact a terrible human toll. States gathered in Maputo, Mozambique, recently to build the momentum towards eradicating these weapons and improving much-needed support to mine victims.

From 23-27 June, over 1,000 representatives of States and international and non-governmental organizations met in Maputo, one of the birthplaces of the anti-landmines movement, at The Third Review Conference of the Convention on the Prohibition of the Use, Stockpiling, Production and Transfer of Anti-Personnel Mines and on Their Destruction. The conference took a look at the remaining challenges in achieving a mine-free world, a goal they first committed to at a similar meeting in Maputo in 1999.

Addressing the week-long conference, Ms Christine Beerli, Vice-President of the International Committee of the Red Cross (ICRC), applauded the real progress made over last 15 years but warned against complacency. “Every new mine victim is a forceful reminder of the urgency of mine clearance and of our collective responsibility to remove these abhorrent weapons from the ground.”

At the First Meeting of States Parties of the Anti-Personnel Mine Ban Convention in Maputo in 1999, the ICRC had said, “[w]hile much remains to be done before Mozambique is free from the curse of these horrific weapons, coming here reminds us of both our accomplishments and of the daunting challenge of doing away once and for all with anti-personnel mines.” Mozambique and many other State Parties, heavily contaminated at that time, have since been transformed through the clearance of almost all of their minefields.

In the Maputo Declaration, States Parties acknowledged the remarkable accomplishments in mine clearance, stockpile destruction and victim assistance since the Convention entered into force, but said that “more needs to be done.” “The Maputo Action Plan sets out a roadmap for the identification and removal of anti-personnel mines as efficiently and effectively as possible and we urge you to follow it vigorously for the next five years,” said Ms Beerli.

The ICRC welcomed the new mechanisms agreed to, but noted that their success will be measured in terms of concrete results: cleared minefields, destroyed stockpiles, improved assistance for victims, success in ensuring respect for the Convention’s prohibitions and norms and effective international cooperation and assistance. “The ICRC will continue to spare no effort to lessen the suffering caused by anti-personnel mines, but partnerships can work only if there is strong national ownership and a genuine and high-level commitment to finding solutions,” said Ms Beerli. 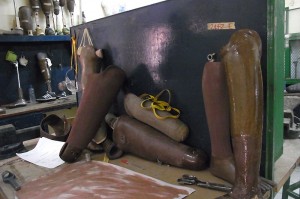 A workshop of hope – newly made prosthetic limbs in the N’Djamena physical rehabilitation centre.
© ICRC / Lucas

The Maputo conference came just after floods in Serbia and in Bosnia and Herzegovina dislodged and shifted remaining landmines from the 1992-95 conflict beyond their markers, setting the demining process back significantly.

The ICRC conducts extensive activities to reduce the impact of anti-personnel mines, cluster munitions and other explosive remnants of war. These include advocacy and promoting respect for the law, preventive activities such as risk-awareness programmes, and surgical assistance. It also supports physical rehabilitation programmes producing and providing artificial limbs and orthotic devices in 27 countries, including Afghanistan, South Sudan and Iraq.

Statement by Christine Beerli, vice-president of the ICRC. No time to be lost in eradicating landmines

15 years on from mine ban: No time for complacency

Feature: Chad: Landmines are not for warriors