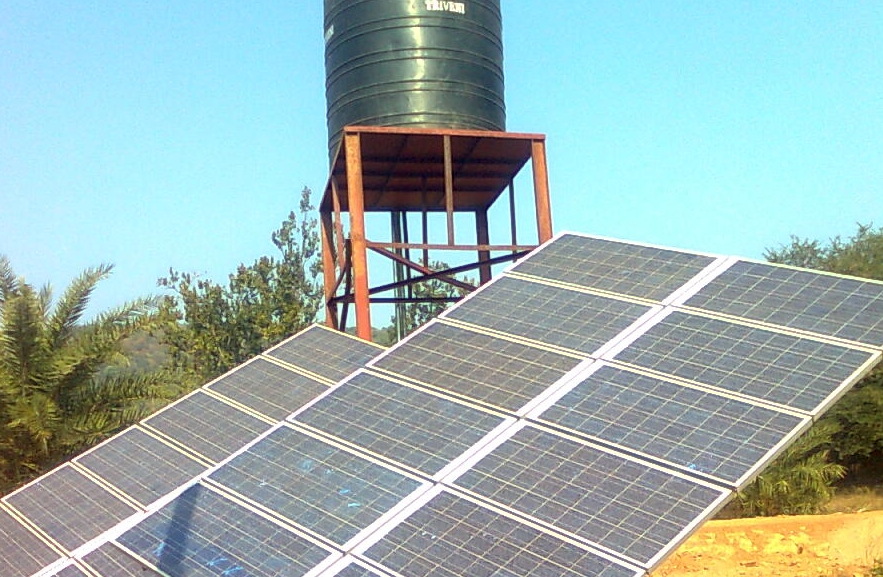 India is one of the few countries in the world that gets about 300 days of sunshine a year. The Government of India, which launched the National Solar Mission four years ago, is redoubling its efforts to harness this vast source of renewable energy to fortify the electricity infrastructure in rural India, with a focus on solar-powered water pumps.

Solar water pumps, used in India for years, have proven to be a cost-effective and dependable method of providing water to households in remote places where water resources are spread over large areas. The Government of India (GOI) is now focussing on installing solar water pumps with an aim to provide safe drinking water to households in remote, rural habitations with irregular supply, especially in districts where the GOI’s Integrated Action Plan (IAP) is being implemented. 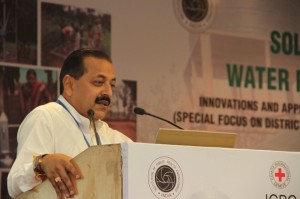 The International Committee of the Red Cross (ICRC), which has implemented various solar-powered water pumping systems across the world, contributed to this effort of the GOI recently by partnering with the Institution of Public Health Engineers (IPHE) in New Delhi for a knowledge-sharing workshop. The workshop on solar-powered water pumps sought to share international best practices in the field by bringing together key stakeholders in the industry to exploit this cost-effective and dependable method for providing drinking water in IAP areas.

Public health engineer Wasim Ahmed, one of the participants, said that solar-powered pumps are not just about access but about “equal” access to water. He believes they could play a key role in bringing social equality in communities where access to water is dependent on caste, religion and other social differences. “Direct water supply to each household will mean more time for women and children for creative self-development and focus on health and education,” said Wasim.

The workshop served as a forum to focus on the current innovations being made in the development and application of solar energy for pumping and water treatment systems in India. It discussed the existing policies and programmes in the country in this sector besides planning and design challenges like geography and hydro-chemistry. 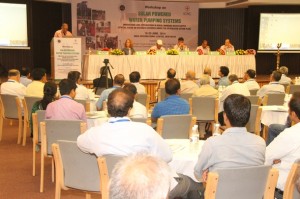 The event saw participation from senior officers and engineers from the Ministry of Drinking Water Supply and Sanitation; Ministry of New and Renewable Energy; Central Ground Water Board; Planning Commission; State Renewable Energy Agencies apart from representatives of academic institutes, manufacturing industries, the IPHE-Delhi Regional Centre and the ICRC.

The ICRC’s Head of Delegation for India, Bhutan and Maldives, Mary Werntz, offered to “engage with India on technical platforms to exchange views and build capacities on issues of mutual concern to better respond to the people’s needs on ground.”

India’s Minister of State for Science and Technology Dr Jitendra Singh advised that any technological research and applications must be India-oriented as there are certain conditions peculiar to India.

Recommendations of the workshop will be useful in drawing up a roadmap for exploiting solar energy for small and medium pumping systems to provide drinking water to rural populations.

Learn more about the ICRC’s work in the field of water and habitat: