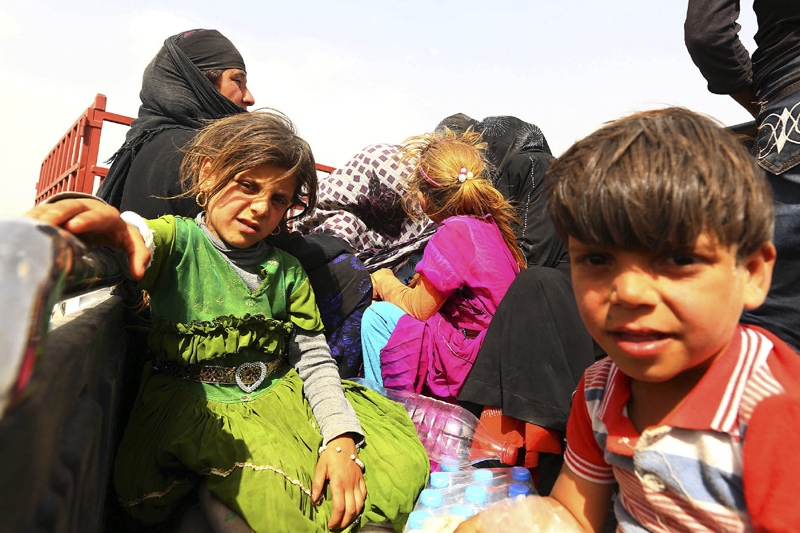 Outskirts of Arbil, Iraqi Kurdistan, 11 June 2014. A family fleeing the violence in Mosul waits at a checkpoint. © Reuters

Armed conflict continues in Iraq. Fighting has spread from Mosul into parts of central Iraq, and has been taking place in Anbar since December. Thousands are dead and over 800,000 displaced.

The ICRC has been helping displaced people since the beginning of the year. So far, we have provided food and other aid to over 150,000 people who have fled the fighting. The ICRC has carried out distributions in Anbar, Baghdad, Diyala, Karbala, Najaf, Babel, Al Qadissiya, Salah al-Din, Kirkuk, and Nineveh. 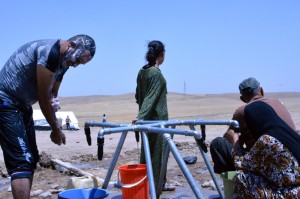 “In the past two weeks alone, we have distributed one-month food rations and other aid to over 31,000 displaced people,” said Patrick Youssef, head of the ICRC delegation in Iraq. “We have installed 10 water tanks and provided food to another 2,800 people, and ICRC doctors have examined people in Khanaqin.” The ICRC plans to airlift additional goods from Amman in the next few days, to increase its stocks in Erbil.

The city of Fallujah remains a battleground between armed groups and the Iraqi armed forces. It has suffered extensive loss of life and major damage to homes, hospitals, schools and water installations. Many remain without food, water, health care or adequate shelter.

Earlier this month, staff from the ICRC delivered badly needed medical supplies to the main hospital in Fallujah. After negotiating with all parties to the conflict and coordinating its activities with the Ministry of Health, the ICRC directly delivered wound-dressing materials for 500 patients to Fallujah’s main hospital. We provided three other hospitals with enough dressing material for 550 patients. 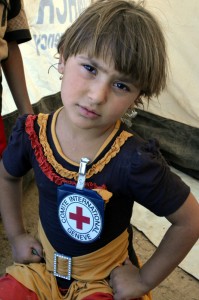 This girl at the Kalak IDP camp insisted on wearing one of our ICRC badges while we were interviewing her father, with whom she had fled the fighting in Talafar ©ICRC

The recent wave of fighting has also led to many people being detained by the Iraqi security forces and armed groups. “We call on all sides to treat people in their custody with dignity and to ensure acceptable conditions of detention,” said Mr Youssef. The ICRC is ready to visit anyone who has been detained, and we will do whatever we can to help ensure that their conditions of detention respect human dignity. Ways we can help include facilitating contact between detainees and their families or providing material assistance.

The ICRC has been in Iraq since 1980, addressing the consequences of violence and conflict. It visits detainees and enables them to maintain contact with their families, helps vulnerable groups, improves access to water and health care and supports the authorities’ efforts to clarify the fate of people missing from earlier conflicts.

Iraq: Assistance for victims of fighting in Mosul