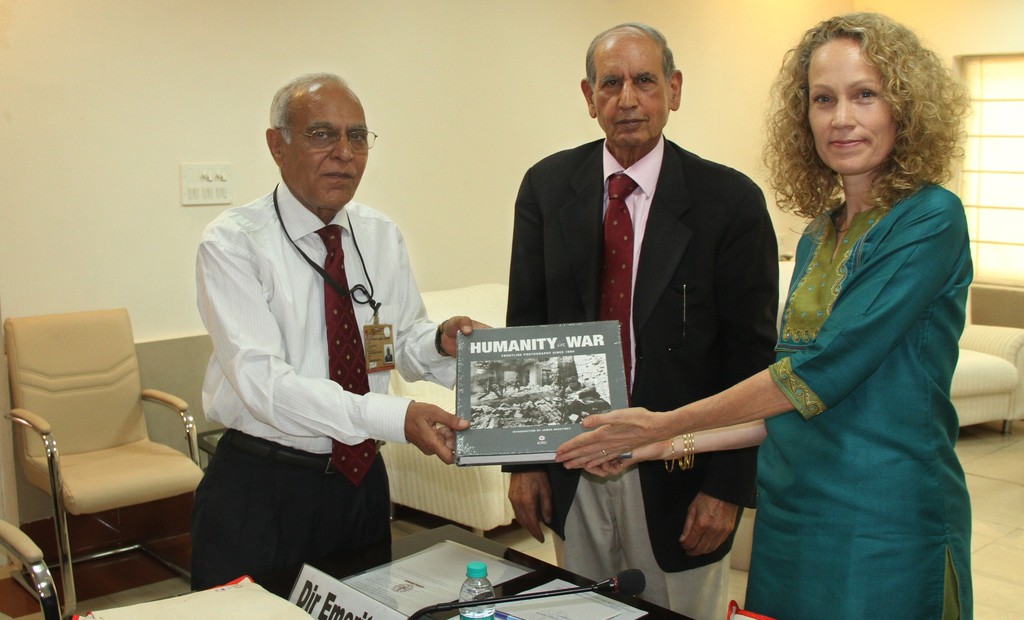 The Centre for Joint Warfare Studies (CENJOWS) and the ICRC recently organized a panel discussion on Contemporary Perspectives on the Interplay between International Humanitarian Law (IHL) and International Human Rights Law (IHRL). The panel discussion, held in New Delhi on 23 May, was aimed at stimulating a discussion on IHL issues in order to increase awareness of IHL among the Indian armed and security forces. The panel also discussed the ICRC’s role in promoting IHL. 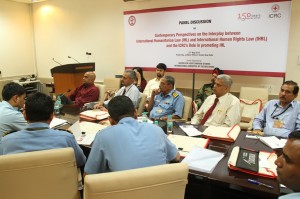 The ICRC informed the audience that it seeks to bring to South Asia the ongoing global discussion on new technologies of warfare and whether they comply with International Humanitarian Law (IHL) and to facilitate dialogues on the topic between concerned actors. 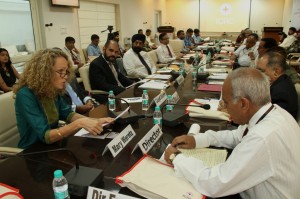 “The reality is that armed conflict continues to evolve. The frontline is no longer confined to a physical space. New weapons technologies force us to consider — and reconsider — the applicability and effectiveness of current IHL norms,” said Ms Mary Werntz, head of the ICRC Regional Delegation in New Delhi, in her welcome address.

“The battlefield is more complex and therefore requires a better understanding of the law and its application. In the ICRC’s perspective, this is the reason for engaging with you on a discussion which, I am confident, will expose us to various important issues relating to contemporary armed conflict,” said Ms Werntz. 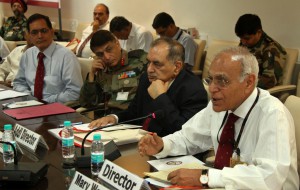 Mr Benjamin Wahren, Deputy Head of delegation, reiterated Ms Werntz’s words in his closing remarks: “There are many more topics that we would like to discuss in this region. Examples are IHL and new technologies; this includes drones, cyber warfare, autonomous weapons. We would also like to discuss the ICRC interpretive guidance on direct participation in hostilities,” said Mr Wahren.

Representatives of CENJOWS and serving officers from the Indian Armed Forces attended the activity. The chief guest at the event was Lt Gen (Retd) AS Kalkat, who has been the mentor of CENJOWS since its inception. The discussion was moderated by Rear Admiral (Retd) V S Chaudhari, NM (Retd) and the topics were introduced by Air Commodore (Retd) T Chand.

“It’s for the first time that the ICRC and CENJOWS are discussing issues that are important to both of us. We hope that we will have a long-lasting working relationship and have many such discussions and share knowledge on issues like new technologies and IHL in future,” said Major Gen KB Kapoor, VSM, (Retd), Director, CENJOWS.

Lt Gen  (Retd) A S Kalkat spoke about the Indian Army’s respect for IHL. In his closing remarks, he said: “As far as human rights are concerned, the Indian Army has been dealing with counter insurgency in some form or the other since 1949. We have evolved best practices and learnt our lessons long ago, for over half a century. The norms, systems, practices and SOPs are in place.”

To follow the Conference Cycle and learn about the ICRC’s stand on modern warfare and IHL, click here.

To watch the first panel discussion of the Conference Cycle, click here.