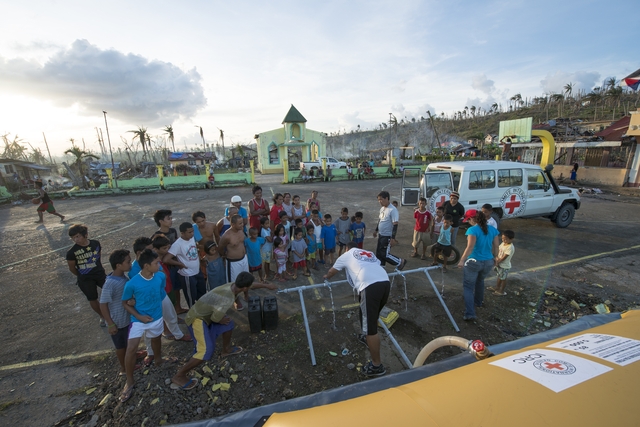 The world’s worst-ever typhoon struck central Philippines on 8 November 2013, making landfall with 300-km winds and five-metre waves. Communities were left without food, electricity, water or any means of contacting their relatives. More than 16 million people were affected. More than 6,000 died. Over 4 million were displaced and an estimated 1.14 million homes were damaged or destroyed.

Channel NewsAsia’s INSIGHT team revisited the battered region of Samar Island to see how the communities are coping with the aftermath of the disaster. Check out the riveting documentary, ‘Haiyan Survivors’, here.

Floriza, who gave birth to her baby boy the day before Typhoon Haiyan (called Yolanda in the Philippines) hit, cringes at the memory of the fateful night. The typhoon nearly destroyed the hospital where Floriza was recovering. “It was chaos. There was broken glass flying around and everyone was in a panic. My husband and I were desperately trying to keep our baby dry… My neighbours call my son the Typhoon Baby, which I actually don’t like as it brings back memories of that terrible day,” she says. 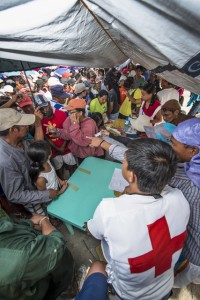 Since the disaster struck, the Philippine Red Cross, together with the International Federation of Red Cross and Red Crescent Societies (IFRC), the ICRC and over 50 national societies, has distributed emergency relief, including food, shelter items and cash, to more than 1 million people. Thousands more received medical attention from Red Cross emergency facilities. Work to rebuild damaged healthcare facilities and water networks in affected areas is well under way, as are livelihood support programs delivering cash grants, training and asset replacement.

But millions still remain in a precarious situation and major long-term recovery needs remain almost as urgent as they were in the days succeeding the typhoon. The Red Cross Red Crescent Movement has now launched an ambitious plan geared towards supporting the long-term recovery of survivors.

The recovery plan pledges to help 775,000 of the most vulnerable people to recover and improve their resilience to future disasters. The plan, amounting to 320 million Swiss Francs, will run over the next three years. Besides helping survivors rebuild their lives, it will enhance the Philippine Red Cross’s capacity to respond to future disasters through targeted skills training for volunteers and strengthening expertise in disaster management and disaster risk reduction. Typhoon Haiyan Emergency appeals launched by the Movement have collectively raised 315 million Swiss Francs (USD 357 million) so far.

“Affected communities have shown remarkable strength and many are on the road to recovery. However, high levels of pre-existing poverty are holding people back and in some areas basic services have not been re-established,” says Richard Gordon, chairman of the Philippine Red Cross. “Our recovery work will focus on restoring shelter, livelihoods and access to health care, to help affected communities overcome the hardships of the past six months and become self-reliant again.”

This video shows how the Red Cross Red Crescent Movement is helping affected communities in the Philippines:

View an infographic and an interactive map on the movement’s response to the people of Samar.

Click here to read more on the humanitarian needs and the ICRC’s recovery plan in the Philippines six months on.