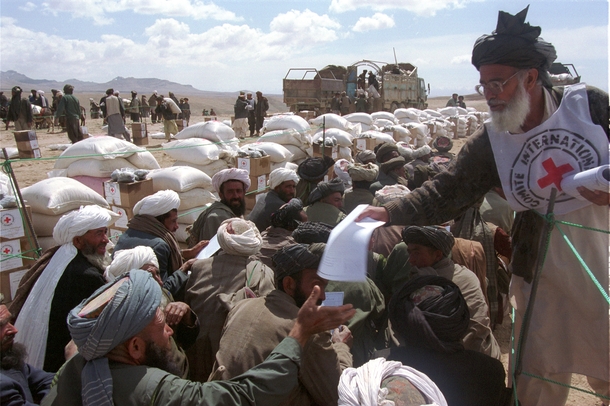 Afghanistan went to polls on 5 April 2014. Although the presidential and provincial elections passed off more peacefully than many had expected, the security situation in the run-up to the polls was precarious in many parts of the country, with conflict, arrests, assassinations and attacks being the order of the day.

The ICRC’s primary concern in Afghanistan is protection of civilians and ensuring that they have safe and unhindered access to healthcare and other basic services. In the first three months of the year, the ICRC, together with the Afghan Red Crescent, continued to respond to the needs of the people of Afghanistan. It provided relief and aid to the displaced, supported communities deprived of safe water and healthcare and helped family members separated by conflict keep in touch. Click here for the latest operational update on our activities in the first quarter of 2014.

The ICRC, after assisting victims of the Afghan armed conflict for eight years in Pakistan, opened a delegation in Kabul in 1987. Besides running its own programmes in the country, the ICRC works closely with and supports the Afghan Red Crescent.

The ICRC’s current operations there take in a wide range of humanitarian activities. One of them is visiting detainees to monitor their living conditions. The ICRC also helps family members separated by conflict stay in touch with one another, and endeavours to trace missing persons.  Click here to read about the ICRC’s Restoring Family Links activities in Afghanistan and here to read how the ICRC helped an eight-year-old Afghan boy, Sali, reconnect with his family. 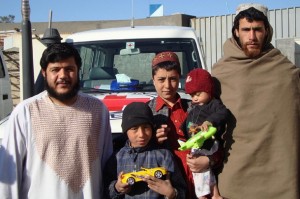 Sali, an Afghan boy, was reunited with his family on 7 February in Lashkar Gah. ©ICRC/E.Ochoa

We also provide healthcare to the wounded and the disabled. The ICRC supports the 444-bed Mirwais Regional Hospital in Kandahar and the 150-bed Sheberghan Hospital in north-western Afghanistan by providing them with drugs, medical equipment and consumables. Click here to get an insight into the scale of the challenges faced by medical staff.

Since 1988, the ICRC has been involved in limb-fitting and rehabilitation activities and social reintegration of disabled people, from landmine victims to those with motor impairment. We run seven prosthetic/orthotic centres in the country. Alberto Cairo, the head of the physical rehabilitation programme of the ICRC in Afghanistan, was in November 2013 conferred the Henry Dunant Medal, the highest award of the International Red Cross and Red Crescent Movement. The prize, which recognizes outstanding humanitarian commitment by its members, is in recognition of the programmes he has set up, which not only respond to the physical needs of people with disabilities, but promote equal opportunities for them and enable them to live with dignity. Cick here to learn more about Alberto’s contribution to the Movement.

The ICRC also distributes food and other aid to the people affected by the violence. In 2013, in partnership with the Afghan Red Crescent, the ICRC provided emergency food and other aid for over 80,000 people displaced by conflict or natural disaster. For a round-up of activities carried out by the ICRC in Afghanistan in 2013, click here.

Reminding warring parties of their obligation to protect civilians is a fundamental part of the ICRC’s efforts to promote compliance with International Humanitarian Law (IHL) worldwide. The ICRC also spreads knowledge of IHL among civil society groups, government bodies and academics. Click here to learn how the ICRC and the Afghan Red Crescent Society strike the balance between staying involved and staying safe.