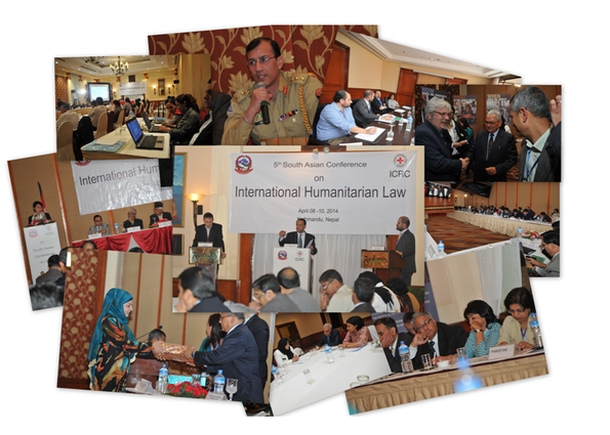 The ICRC from March 8-10 coordinated the Fifth South Asian Conference on International Humanitarian Law (IHL) with the Government of Nepal in Kathmandu. The conference, which was themed ‘Sexual Violence and Armed Conflict’, brought together about 40 senior government officials, members of the armed forces and police, academics and ICRC experts from the South Asian region and from Iran. The aim was to provide the participants a platform to share information on steps taken by the States to implement IHL in the context of sexual violence in armed conflict and discuss the challenges they face. The meet also evaluated the needs of women and children in conflicts and post-conflict situations and discussed ways to address them. Here are some snapshots from the event. 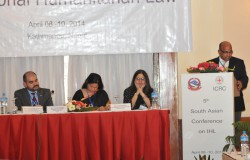 Mr Anura Meddegoda from Sri Lanka presents his views during a session on ‘International Law towards Sexual Violence: Jurisprudence from Nuremberg to Rome’. ©ICRC/Bijay Rai 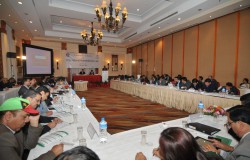 An overview of one of the sessions at the 5th South Asian Conference on International Humanitarian Law. ©ICRC/Bijay Rai 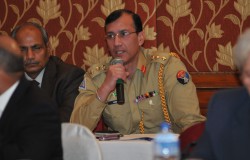 Mr Nazar Hussain, a delegate from Pakistan, introduces himself at the conference. ©ICRC/Bijay Rai 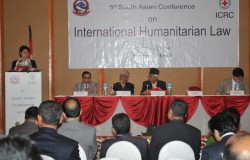 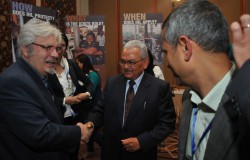 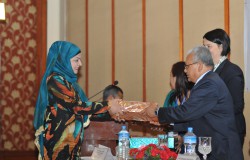 The chief guest of the closing ceremony, Mr Mahendra Bahadur Pandey, Foreign Affairs Minister of Nepal, gifts a souvenir to one of the participants. ©ICRC/Bijay Rai 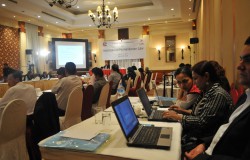 ICRC legal advisers from the region (last row) at the conference. ©ICRC/Bijay Rai 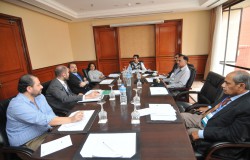 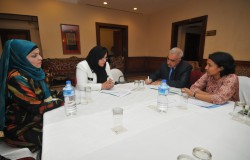 Government representatives from Afghanistan in a bilateral meeting with an ICRC official (R). ©ICRC/Bijay Rai 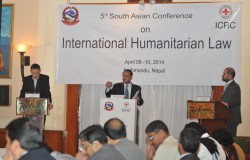 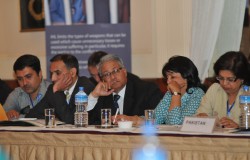 Participants listen to a speaker during one of the sessions. ©ICRC/Bijay Rai 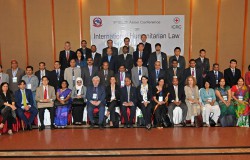 A photograph of the delegates who participated in the conference. ©ICRC/Bijay Rai