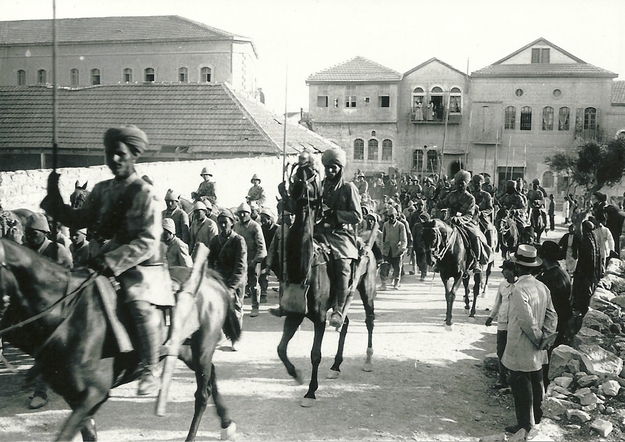 As the world commemorates 100 years of the First World War, the United Service Institution (USI) of India, a well-known strategic think tank, along with the Ministry of External Affairs of the country, has embarked on a project to unlock new perspectives on India’s role in the War and to pay tribute to the courage and sacrifice of Indian soldiers who participated in it.

In the piece that follows, Retd Squadron Leader Rana T.S. Chhina, secretary and editor of the Centre for Armed Forces Historical Research at the USI, discourses India’s role in the Great War and its consequences for the country.

INDIA AND THE GREAT WAR 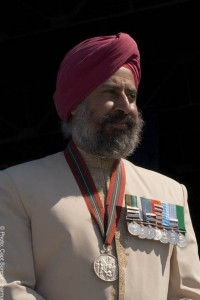 The First World War (1914-1918) or The Great War for Civilisation, as it was known at the time, was a watershed in modern world history. The events of the conflict changed the social and political map of the world forever. Its repercussions still reverberate through time and many contemporary conflicts trace their roots directly to the fallout of the World War I (WW1).

Though a British colony at the time, India actively supported the war in its bid to obtain ‘home rule’. The mainstream political opinion was that if India desired greater responsibility and political autonomy, it must also be willing to share in the burden of Imperial defence.

As a result, India contributed immensely to the war effort in terms of both men and material. Indian soldiers served in numerous battlefields around the globe: France, Flanders, Aden, East Africa, Gallipoli, Egypt, Mesopotamia, Palestine, Persia, Salonica, Russia, and even China. By the end of the war, 1,100,000 Indians had served overseas at the cost of approximately 60,000 lives. They won over 9,200 gallantry awards, including 11 Victoria Crosses. These figures include those of the Imperial Service troops from the armies of the semi-autonomous Indian Princely States.The Great War had a profound impact on India, both socially and politically. It was for the first time that Indian troops were deployed in Europe and many were greatly influenced by their experiences in western countries. Indian soldiers were warmly received by the people of France and Belgium and their interaction with rural Europeans helped break the carefully constructed barrier of racial supremacy advocated by the colonial authorities in India.

As mentioned before, Indian participation in the War was overwhelmingly supported by mainstream political opinion. Mahatma Gandhi was one of the ardent supporters of the war effort. It was only when it became apparent that the colonial authorities were not going to live up to the promises they had made in the course of the war that there was a shift in political demands — from ‘home rule’ under the British Empire to complete independence from Britain. The Great War, thereby, marked a watershed in the political history of the freedom movement in the Indian subcontinent. 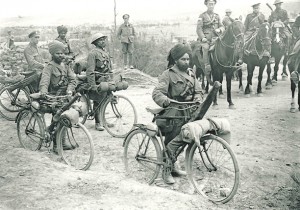 In light of the global focus to mark the centenary of the conflict that had such a profound impact on modern history, the United Service Institution (USI) of India, a strategic think tank founded in 1870, along with the Ministry of External Affairs, has embarked upon a project to commemorate the valour and sacrifice of Indian soldiers of the Great War and to highlight the significant role played by India in the conflict.

While the international optimism that labeled the First World War as “the war to end all wars” was ill-founded, the conflict did set in motion certain forces that are today conducive of a greater peace, a century after the guns of August fell silent. India today seeks to engage with all former belligerents in the spirit of commemoration and reconciliation; to work with partner nations towards a better and a brighter future arising from the hallowed ghosts of a conflict past.

The India and the Great War project, therefore, aims to be intrinsically collaborative in its execution and intent. It seeks to engage with a broad spectrum of project partners, ranging from national governments, educational and cultural institutions,  governmental and non-governmental organisations; as well as individuals, to foster greater people-to-people contact. The project’s objective is to build bridges through a greater understanding and appreciation of a shared past, based on India’s role in the experiences and events of the Great War.

The project’s activities are structured to bring together scholars, experts, governments and institutions in order to capture the spirit of the centenary commemoration. In this endeavour, the subject of India’s contribution to the First World War will be examined from a variety of perspectives— tactical, strategic, domestic politics, society and culture, wartime art, fiction and literature, gender and identity, medical and labour history. Through a series of interactions on these diverse topics, the project hopes to unlock new perspectives on India’s engagement in the Great War, while generating fresh insights into more conventional areas of public awareness and discourse.