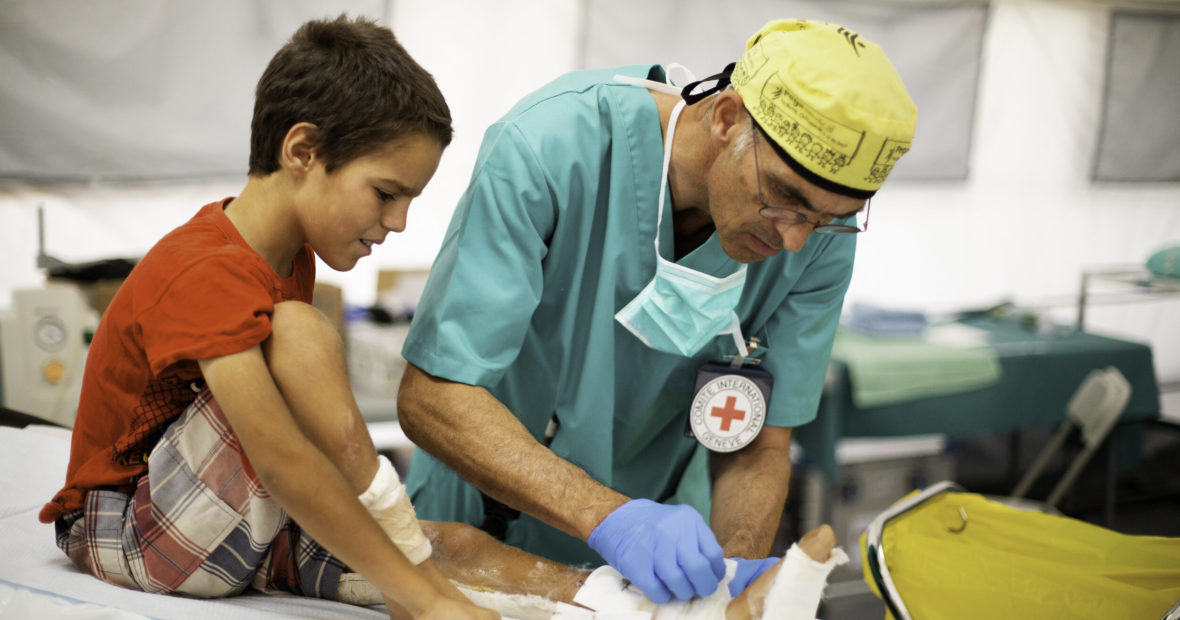 To say that COVID19 has had global reaching impacts is an understatement. But for those living in Syria, the pandemic reaches the country at a time when ten years of destructive conflict has led to mass population displacement, and a once strong health system is in a precarious state. Half of all health facilities are now out of service or partially functioning. The country has experienced an economic decline as a consequence of the conflict, sanctions, and a regional downturn generating further hardship for many vulnerable Syrians.

On this, our 100th episode of the Podcast, we are joined by Issa Ahmed Dahir, the hospital project manager at the Al Hol camp. The camp, in the North East of Syria, currently holds around 65,000 people, the majority of whom are children and women. We discuss the challenges facing Syria’s health systems in the time of COVID, what it’s like not only serving on the surgical frontlines in one of the world’s most dire situations but to also lead a team of 200+ others in such a situation, and the human stories behind the headlines. Hosted by Niki Clark.