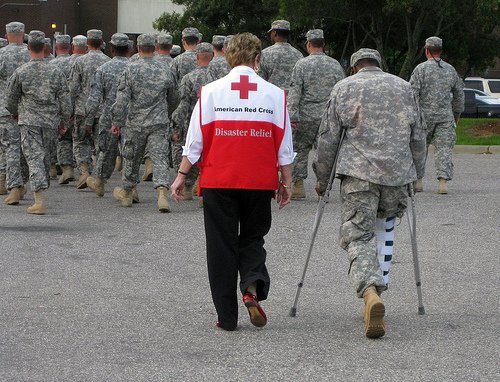 In this episode of Intercross the Podcast, we are joined by Martin Lacourt, ICRC in Washington’s Senior Armed Forces Delegate, and Koby Langley, Senior Vice President, Service to the Armed Forces and International Humanitarian Law for the American Red Cross. They discuss the work the Red Cross—both ICRC and National societies—does with military both domestically and globally. The American Red Cross has served more than 1 million military families since 9/11 including members of the military, veterans and their families prepare for, cope with, and respond to, the challenges of military service. ICRC works to bridge the cultural divide between arms bearers and humanitarians through trainings and IHL dissemination. What are the different ways ICRC and national societies approach this work? What are the challenges of engaging with these audiences? How does neutrality play a role? And has the evolving technology of warfare changed the way the Red Cross works and the needs we serve? Hosted by Niki Clark.