The IHL national competition: a perfect tool aiming at strengthening understanding of, and compliance with, International Humanitarian Law

Last November, the delegation of the International Committee of the Red Cross (ICRC) in Israel and the occupied territories was proud to host, for the ninth year consecutively, the Israel National International Humanitarian Law (IHL) Competition. It is, Like other prominent competitions held around the world, a simulation-based competition, which challenges participating students to experience real-life issues and dilemmas in applying the laws that protect during war.

During the course of the competition, students are presented with a fictional case study involving fictional countries and conflicts, which contain highly realistic and relevant problems occurring in real world conflicts today. 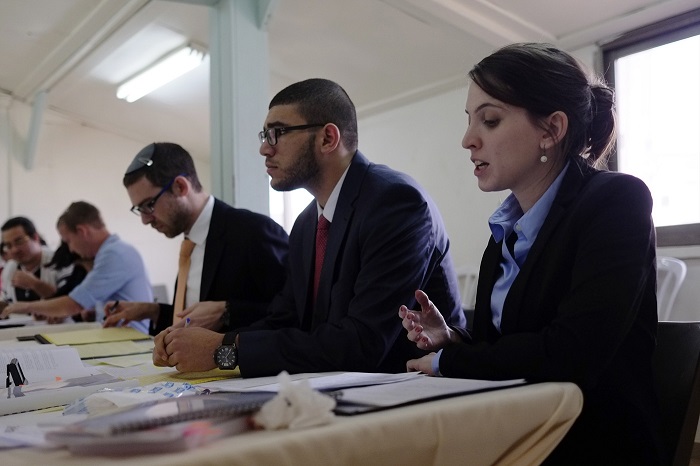 One of the teams from the Hebrew University of Jerusalem. Photo: Eddie Gerald

During this year’s competition, students were asked to assume various roles taken by lawyers practicing IHL and were called upon to provide legal representation to armed forces, human rights organizations, the United Nations, the ICRC and others. They had to grapple with cutting edge issues such as humanitarian crises involving large scale movements of refugees, urban warfare and situations of occupation to name but a few. In a dynamic and unpredictable testing format, students were asked to use their knowledge of the law to find solutions to these problems, which are both true to the law, and to its purpose.

Israeli students who have participated in our competitions over the years have established a tradition of excellence both in this national competition and in the Jean Pictet World Competition, where they have been consistently performing well and even won it twice. This year, both the winning team from Hebrew University of Jerusalem and the finalist team from Tel Aviv University will represent their institutions at the world competition. Our delegation wishes both teams the very best of success. 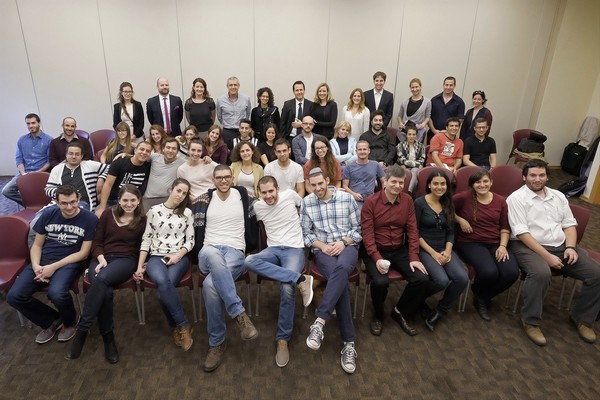 Group photo of the competitors, coachers and the judges. Photo: Eddie Gerald

Through this unique competitive experience, the ICRC wishes to give the students a taste for the matter and hope they will bring the expertise they have already acquired into their future professions. With the years, we have indeed witnessed this, with many of the competition alumni embracing careers as practitioners in the field of IHL both in the public sector and in the civil society. Very importantly, we meet the alumni of this competition in our daily work: many of the key lawyers we work with on matters the delegation deals with, who represent the State or organizations from the civil society are indeed graduates of this competition. To us, this means the competition has achieved an important goal: familiarizing and motivating young lawyers with International Humanitarian Law and engaging them to incorporate it into their fields of practice.

The ICRC views the Israel National IHL Competition and other academic activities it hosts in Israel as a vehicle through which it can promote knowledge and commitment to IHL amongst the next generation of Israel’s professionals and leaders, hoping to raise awareness for the protection of civilians and, ultimately to reduce unnecessary suffering caused by armed conflicts.

Mikhail Orkin, Legal Adviser at the International Committee of the Red Cross in Israel and the Occupied Territories