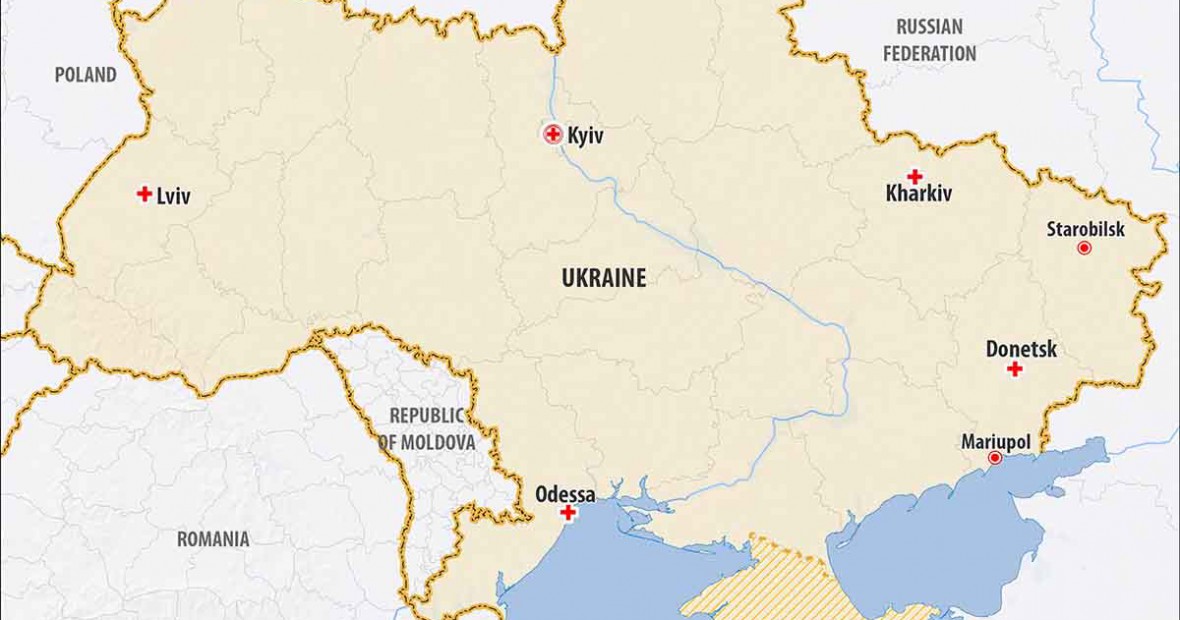 Geneva / Kiev / Moscow (ICRC) – Staff from the International Committee of the Red Cross (ICRC) report intermittent shelling of residential areas in Lugansk. This action endangers the lives of civilians, including humanitarian workers.

“Telephone lines and other communications facilities in Lugansk are not working,” said Laurent Corbaz, ICRC head of operations for Europe and Central Asia. “So getting information from our team, which has been there for several days, is a complicated matter. Clearly, people living there need help. Food and medicine are in short supply, and access to clean water is very difficult. It is urgent to improve the situation.”

To the extent security conditions allow, the ICRC is striving to assess the needs and is doing everything possible to boost its operations in Lugansk and other parts of eastern Ukraine. Many there have been without news of loved ones for weeks now, and finding a way to put people back in touch is another priority for the ICRC.

The organization continues discussions with the representatives of the self-proclaimed Lugansk People’s Republic about rapidly delivering aid donated by the Ukrainian authorities for the neediest in and around Lugansk. This is possible only if assurances of safe passage are respected by the parties to the conflict.

The local authorities started distributing aid received from Russia on 22 August. Despite continuous talks with all sides, the ICRC was unable to secure sufficient guarantees for safe passage and therefore could not accompany the convoy that delivered the aid. The organization is using its operational expertise to advise local authorities in drawing up distribution plans.

Parties to the conflict must ensure that this aid reaches those most in need in an impartial manner. At the same time, the armed violence in the city is raising serious concerns about people’s ability to gather safely at distribution points.

The ICRC strongly urges all sides to refrain from using inherently indiscriminate weapons, i.e. those whose use makes it impossible to distinguish between civilians and civilian objects on the one hand, and military objectives on the other. It reminds the parties to the conflict that attacks must not be directed against civilians or civilian objects, such as homes, schools and medical facilities and vehicles, or against any other objects indispensable to the survival of the civilian population, such as food-storage and drinking-water installations. Likewise, each party to the conflict is obliged by the law of war to avoid, to the extent feasible, locating military objectives inside or near densely populated areas.